How to fish the Manukau Harbour 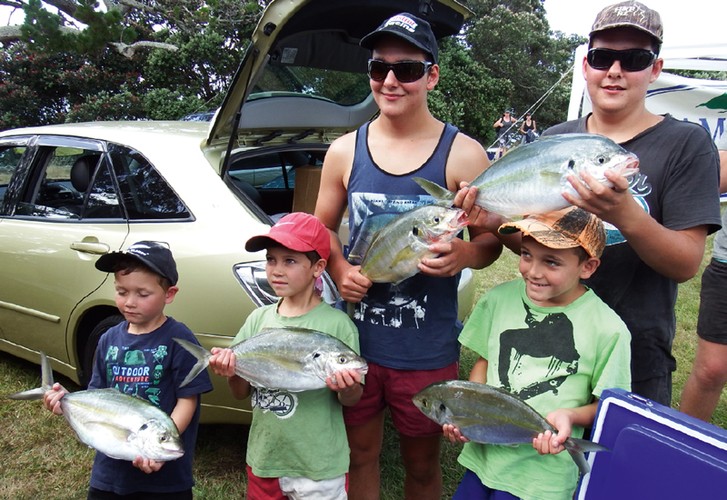 Ask Auckland fishermen for an opinion of the Manukau harbour and its adjacent west coast fishery and most will suggest it’s a dangerous place, full of sharks and tiny snapper.

I guess they are right, up to a point, because like all waterways it can be a dangerous place but just as certainly there are also big snapper and a wide variety of fish for those who know how and where to catch them.

The best advice I can give a newcomer to the Manukau is to go out on a very low tide and form a mental map of where the channels lie. With this you will understand much more about the harbour and how it is all put together.

As a general rule, the harbour is comfortable to fish in winds of up to 15 knots, providing you heed my advice regarding the wind-against-tide scenario. No single wind direction suits all parts of the harbour, it depends where you are fishing and what the tide is doing.

February to July is undoubtedly the best time to target snapper.

As a start, try fishing the deep water of the Papakura channel, targeting structure over the top and bottom of the tides. While the smaller tides may allow you to fish this deep water right through the peak flow, you will probably find it hard work on the bigger tidal flows.

Arron nails yet another prime pannie from the coast

Gurnard are at their best from April to September but can be caught year round. While they will turn up in any depth, I generally target them in two to ten metres.

Trevally are often found over shellfish beds on the banks, where they also feed on shrimps and crabs. While they too can be caught year round, winter and spring is when we get most of ours.

Kingfish are also caught in the Huia Banks area and if you are bottom fishing use heavy tackle, as the current can be very strong. Although a typical catch on the harbour is usually a mixed bag of snapper, gurnard and kahawai, you just never know what may show up.

Bob Skienars caught this kingfish in 320m straight out from Manukau Bar.

kahawai will bite whatever is on offer and will take lures as readily as they will cut baits. When we see terns or gannets circling up high in the area around the Huia Banks I often stop and throw a jig or softbait out. These aren’t the big work-ups found in the Hauraki Gulf, usually just a few birds with little surface action visible.

For those who crave something a little different, over summer the Manukau is also home to big bronze whaler sharks and they can be caught from the shore or from a boat. They tend to patrol the edges of the deeper channels and the convergence of channels is a good starting place. You will need game fishing gear for these big drag pullers and it is a specialist activity, not something you would normally target using your snapper gear.

Over the years I have found three rigs that work particularly well, depending on the conditions and depth.

While it may well be one of the more productive snapper fisheries in the country the coast can be frustrating too. Kahawai can drive you mad as they swim around hell bent on tangling your gear, while some days it seems like the only fish in the sea are sharks.

The Manukau Harbour isn’t too challenging for anyone with good seamanship and has a lot to offer with a variety of fish. It is also surrounded by our biggest city, yet does not have near the boat traffic of the Waitemata.