Land based in the Manukau 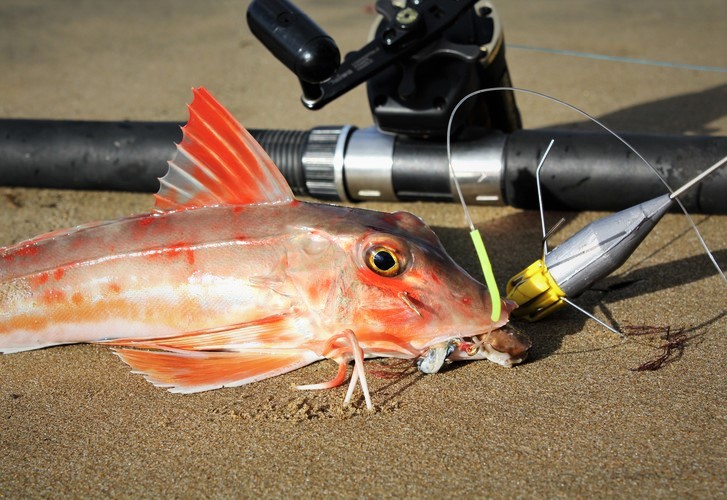 Many fishos are too quick to discount the muddy Manukau Harbour as a land-based option but, Michael Parker explains, there’s quality fishing to be enjoyed if you pick the right spot at the right time.

The Manukau Harbour is New Zealand’s second biggest harbour and is on Auckland’s mighty West Coast.

It’s not highly regarded as a land-based option, probably due to its often-muddy shoreline and the perception that it only holds tiny snapper. The harbour is also very tidal, which can be frustrating to many anglers, yet it is also possibly the very thing that makes this harbour such a great resource.

With such a big shoreline and shallow mud flats, tides can move very fast and more than one unprepared fisher has met his doom when caught out by an advancing tide, particularly at night while netting or spearfishing.

We all have fishing spots that we swear by but over the last few years I’ve been relying on these tried and true spots less and less, preferring to explore new places in my boat and trying to work out why a particular area may hold fish. Sometimes it pays off but other times it doesn’t. If I have faith in the spot that doesn’t fire on the day I’ll revisit it from time to time just to make sure I haven’t hit it on a bad day.

Land-based fisherman tend to stay in a spot, especially if they’ve spent two hours walking in, although that’s an unlikely scenario for the Manukau.  From that we learn to explore different options and we get to experience different tides and wind conditions that perhaps we would write off when initially planning the trip.

The other facet of land-based fishing that really stands out is that if we just adopt a heave and leave approach and hope that something takes our bait then we really aren’t fishing smart. Fishing smart means we are at least thinking about what our target species may be and the most likely times and tides to target them.

More so than boat fishers, I think many land-based anglers simply turn up to a spot and hope for the best. The very good fishermen don’t fish like that. There are more fishing options available to the land-based angler on the Manukau than many realise.

Flounder and mullet can be abundant and although there are people who successfully catch flounder on a rod and reel I am not one of them, although spearing is a great summertime activity for dad and the kids.

Good luck with catching grey mullet too. Legend has it they can be caught but the only time I’ve ever managed that was by casting out a treble hook and jagging one. The harbour is also rich with baitfish with yellow-eye mullet, piper and jack mackerel all easy to catch with the right approach.

Occasionally something very special shows up. I’ve been treated to the sight of orca cruising and playing very close to the shore. I once saw a brilliant blue coloured fish caught at Whatipu which, as far as I could determine, was in fact a blue fish and have even heard of John dory being taken from the shore.

Octopus snake eels and even a turtle add to the mix of ooglies that I’ve seen or heard of but I’ve yet to catch a squid in the harbour.

Shellfish beds are important to the land-based fisher, pipi and scallop beds are a great place to target trevally for instance.

Successful fishers are very observant and look for features, such as where streams enter the harbour, areas where there are steep dropoffs into deep water or headlands or other structure that assist predators in rounding up baitfish. A classic example of this is at Tipitai Point, or Cake Island as it is known.

Tipitai is a well-known spot for those targeting kingfish, get there early and berley up the baitfish.  An early morning start on an incoming tide may be just what you need for this spot to fire.

Lures in the harbour

While most of us struggle to catch a fish using bait, Manukau master Michael Gordon fishes stickbaits, hardbaits, poppers and even slowjigs at times. Michael has used small slowjigs cast out and slowly retrieved to skip across the bottom to catch gurnard.

The fish that most impressed me though was a John dory he caught while using a floating topwater lure. That is a seriously good result from the harbour where johnnies are not a common catch.

It’s all about fishing smarter and going out armed with the right information in the first place is a great start.

The manukau has plenty of land-based spots.

Kahawai are very common in the harbour at times and very accessible from the shore. They are suckers for a straylined pilchards and I have spent many hours fishing for them off the rocks at Whatipu targeting the top three hours of the tide through to the first two of outgoing.

Whatipu is a challenging place and downright dangerous when a big swell is running. Snags are plentiful so straylining is a great way to keep your gear intact.

Kahawai are loads of fun on saltwater fly and that is kahawai fishing at its finest. It requires specialised gear but a cheaper alternative is to use softbaits, small jigs or even slowjigs.

My gear of choice is a small softbait set loaded with either 6lb mono or 6lb braid. It doesn’t really matter for spin fishing, just use a heavy enough jighead to cast 30m or so. A short trace of 10 or 15kg mono is all you need. I use 3 inch or 5-inchs had type softbaits and fish at night during winter.

Visit an area such as a boat ramp or wharf that is lit at night and give it a shot, you may well be surprised. Be considerate if fishing these areas though, my local boat launching facility gets a lot of attention from people who fish during the day while boats are coming and going. Add to that the mess some of these guys leave behind and it makes you wonder how some people could be so inconsiderate.

The harbour has vast areas of mudflats so it follows that at high tide you will struggle to get your baits out into deep water in many places.

Fishing a couple of hours either side of low tide means you can easily get your baits out into that all-important transition zone from banks to channels. That’s the gurnard zone and that’s where your baits should be. Flasher rigs on a 4/0 recurve hook with a break out sinker on the end are a hard to beat combo.

Keep your baits small. My preference for gurnard is mullet or grungy old freezer-burnt kahawai, although most gurnard fishers prefer skipjack tuna.

If you find there’s a gurnard on your line when you reel in, you aren’t paying enough attention to your line. The fish may well have been sitting there for 20 minutes meaning you’re missing out on other prospective catches.

Gurnard have a soft bite typically indicated by a slow nodding of the rod tip. After three or four of those wind in and you’re in business! Some good surfcasting spots for gurnard and kahawai are Grahams Beach, Orua Bay and Wattle Bay.

The nearby West Coast beaches are well worth exploring but pick your days when the swells are small, with an offshore wind and target those last two hours of the outgoing tide.

As you near high tide again your chances will reduce considerably. Look for areas where streams run into the water and look for calm patches in the surf, indicating a deeper patch of water or hole.

Break out sinkers are important as is distance. In all cases fishing smarter and attention to detail are the things that will increase your angling success. 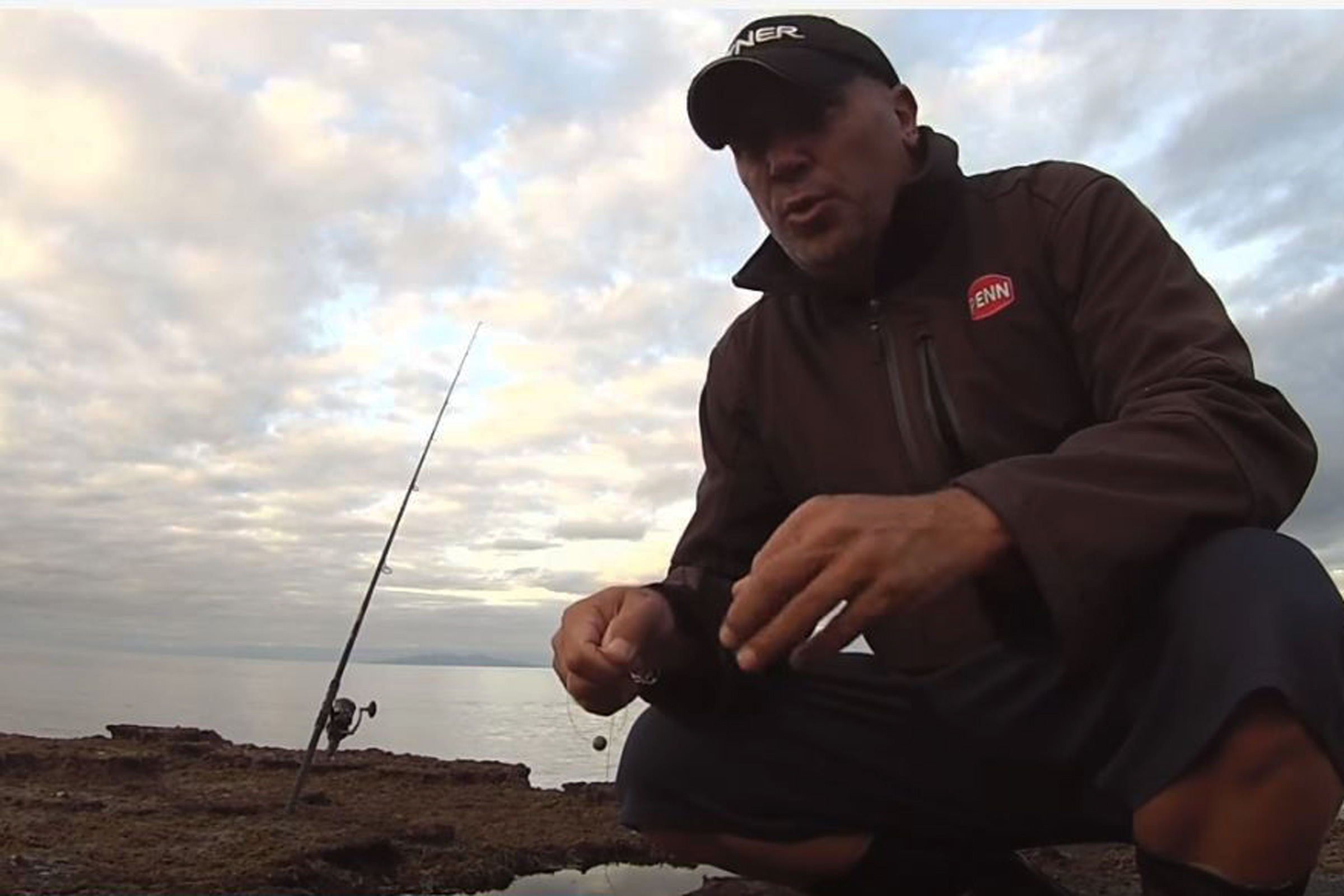 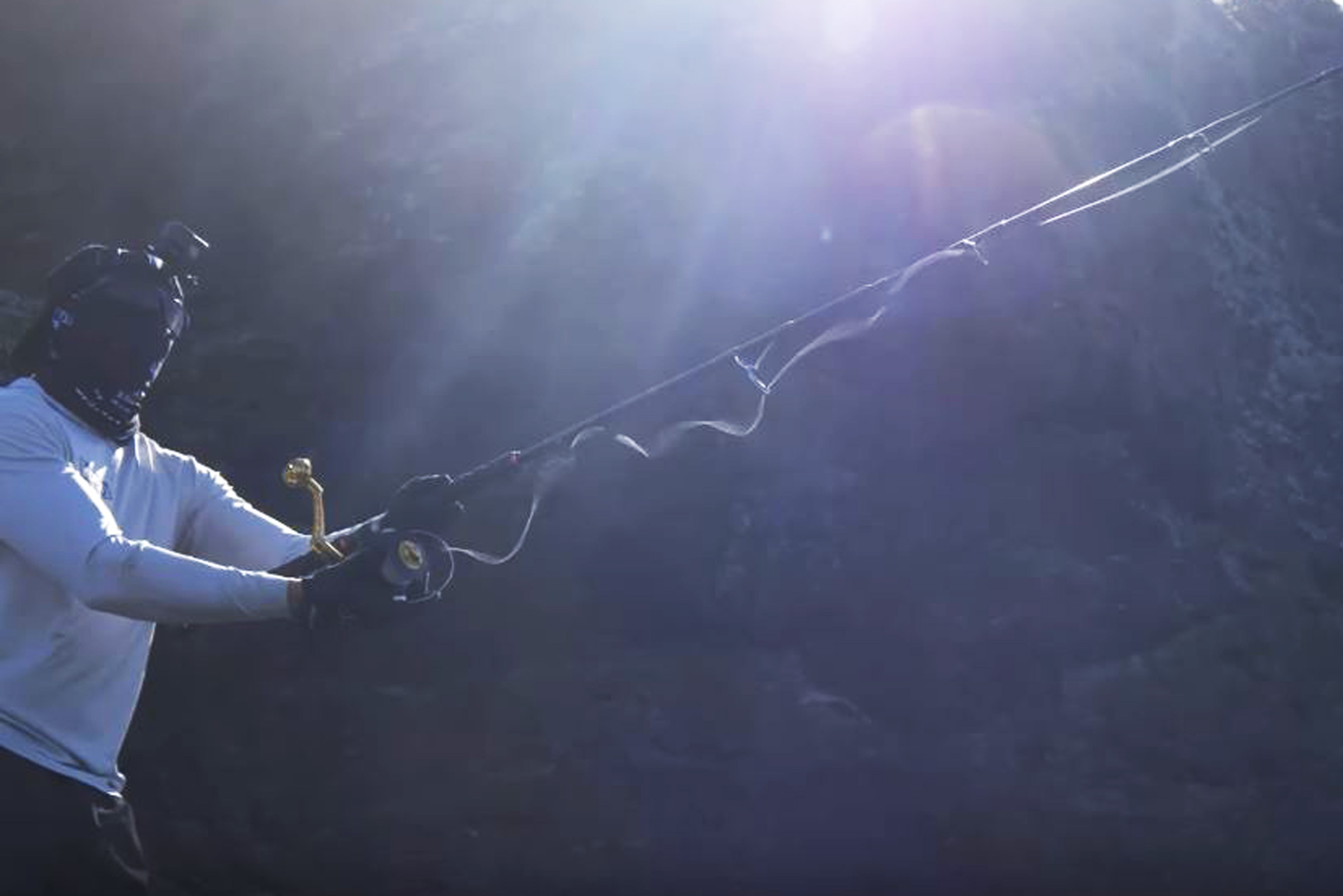 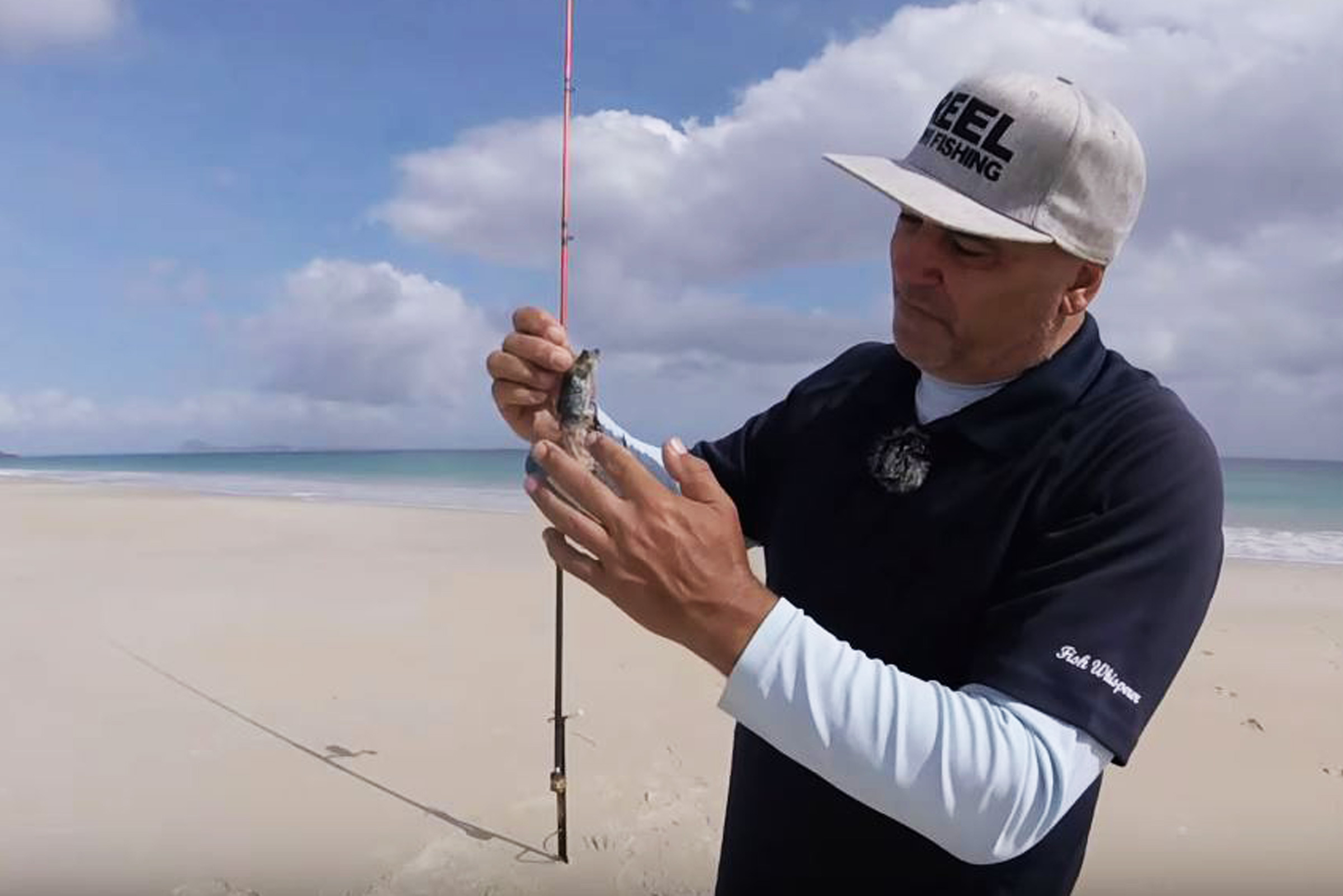 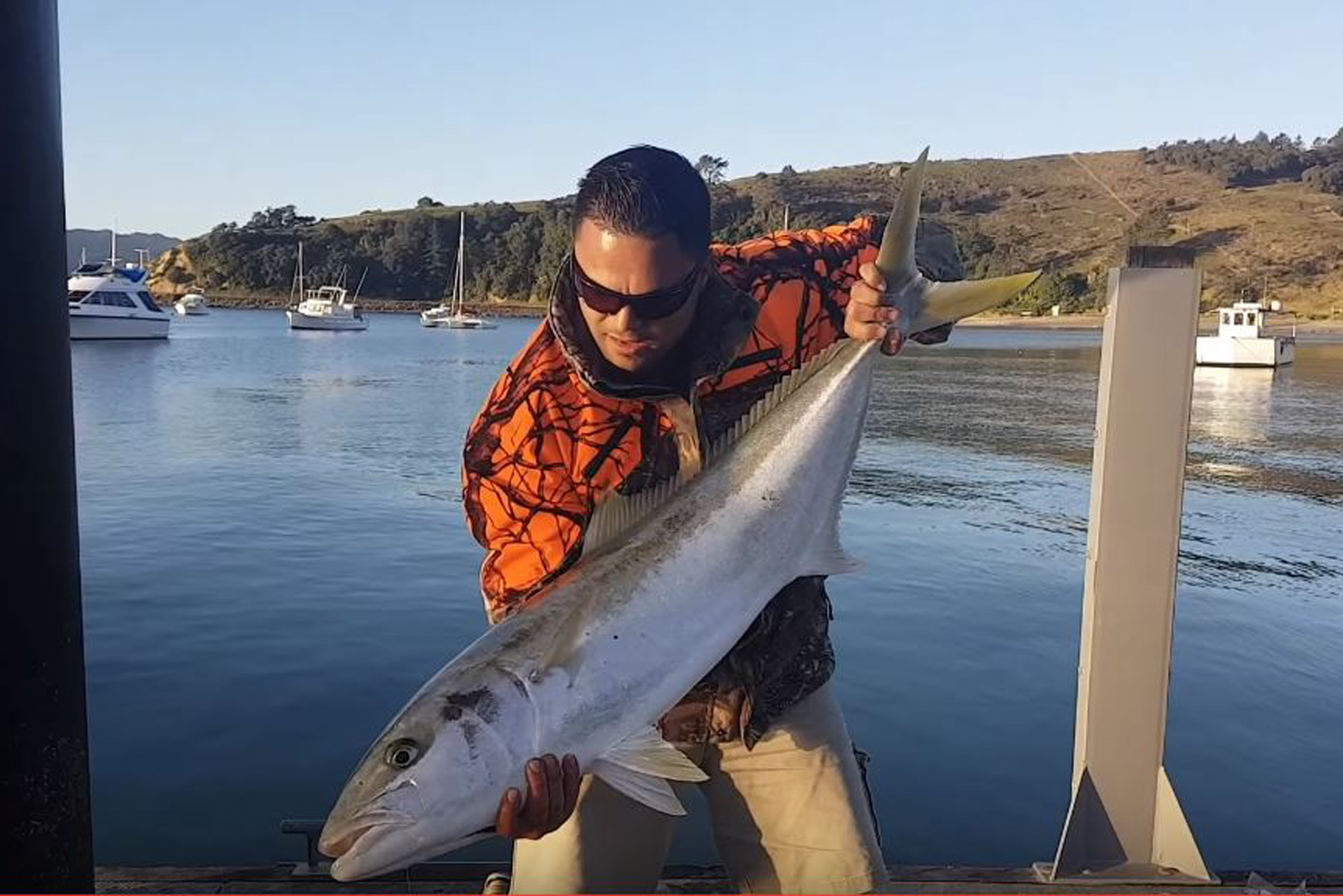 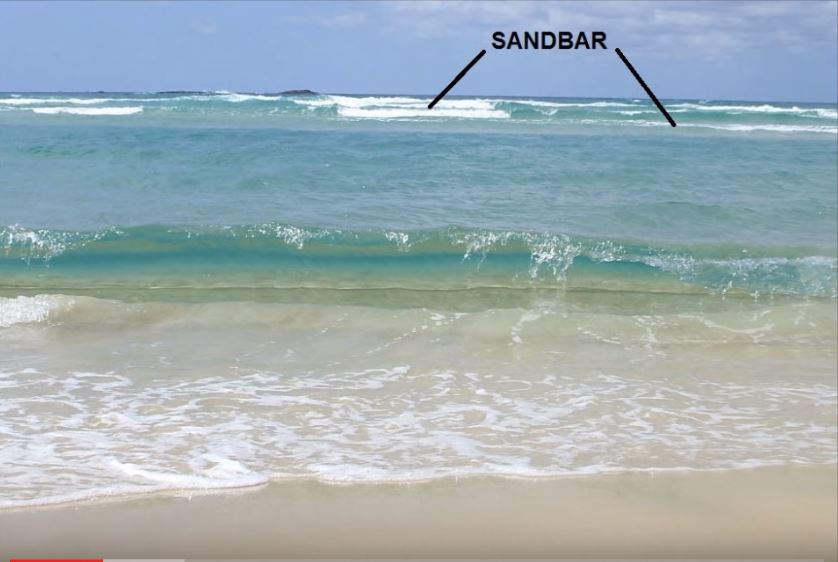