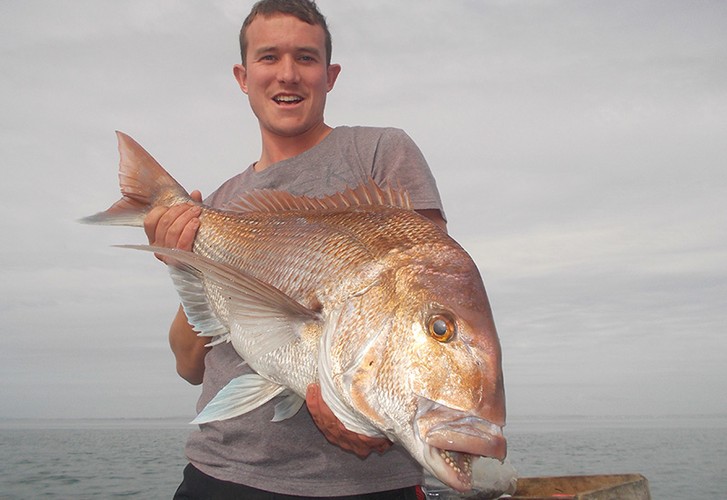 An expert's view on rigging droppers, runners and flashers

After "where were you fishing?" and "what bait did you use?", the most frequently asked question successful angler's get asked is "what rig did you catch it on?".

It's easy to say a dropper rig or a running rig but it is the attention to detail that makes the difference.

One of the most versatile and successful rigs around has to be the commercially made flasher rig. While most flasher rigs work, some are far better than others. This is mostly due to the quality of the components used but there are other factors involved also.

To get the best advice I asked Bill MacBryne of MacFlashers for advice. Bill had this to say...

"Flasher rigs must feature quality hooks. Circle hooks work best and the Gamakatsu configuration is the best I have found. Flasher material needs to flash; I like mine to reflect the emitted light from the lumo bead. There are countless versions of lumo beads and some are streets ahead of others. I find green is by far the best. I use a fine gauge mono that is relatively stiff & has good knot strength. The placement of the snoods is important, as is the length. They should stand out from the backbone rather than hanging straight down. It goes without saying that the knots need to be top-notch, on every rig."

Snoods, (also known as snells), are a knot used to tie onto the shaft of a hook rather than through the eye. A snood helps point the hook out at a perpendicular angle to the trace. How to tie a snell or snood knot.

Flasher rigs are really just pimped up dropper rigs so the same advice applies to the humble dropper. Whether I'm using a flasher or dropper rig, I usually fish it directly under the boat and keep the line reasonably taut rather than leave it in a bunched up mess of fishing line, lying on the bottom. For the same reason I lower the rig slowly, taking care that the droppers are flowing nicely behind the rig before sending it on its way. By keeping a little tension on the line, the top hook acts as a bit of an attractor, waving around, rather than being hard on the bottom. Remember Bill saying that he uses stiff nylon? That's the reason why.

I also tie droppers to suit different species. Snapper for instance have no qualms about swimming a metre or more off the seabed for a snack. When targeting snapper I tie the rig so I keep both hooks off the bottom to keep the baits more visible. The lower hook may be 200mm from the sinker and the top hook at least 500mm above that. For gurnard I'll have the bottom hook at the same level as the sinker and the top hook maybe 400mm higher up. Of course, both rigs will work on either species but it is the little things that make the difference.

When snapper are big and hungry, flasher or dropper rigs can be a liability if tied on light line. A two or three way tug of war by big hungry fish can result in straightened hooks and bust offs, usually with the hard-done-by angler blaming sharks for the damage. If you get into this situation, just drop back to one hook and you may find those sharks magically turn into mega snapper!

One last trick for flashers when fishing in current is to fish them as a running rig. This means having a sinker on your mainline (stopped by a swivel) and your flasher or dropper trailing out behind. It can be a deadly option on what is already one of the most versatile of all rigs.

A gurnard caught with a dropper behind a running sinker

This rig is great when there is significant current running, especially in deeper water.

Many anglers use a keeper hook when fishing a running rig. A keeper hook is one where the trace passes through the eye of the hook but isn't tied on. The idea being it keeps the bait well presented on the main hook, stopping it from bunching up. Usually it is a much smaller hook. If I am using large baits I prefer to snell my hooks onto the trace, keeping the two hooks close together so the bait can't bunch up.

Some fishers swear by using a very long trace, maybe 4 or 5m long but I generally use a trace from 500mm for lower current areas to 2m when there is a little more flow.

At its simplest it may be just one hook tied directly to your mainline with no weight at all. If using light line you may find you need to attach a heavier trace to your mainline. When fishing in shallow water for most species, this rig can be deadly.

Bait presentation becomes critical when targeting big fish and no rig does the job better than the strayline rig. This must surely be the most successful big fish rig of them all, even more so for low light, shallow water stealth fishing. Sinkers may be needed depending on water depth and current but it is always best to use no more weight than is necessary.

The key is to stay in constant touch with your bait so you can monitor its progress as it sinks through the depths. Many snapper experts will bring their line in once the bait gets right down to the bottom as they prefer to have a bait slowly sinking to trap those wary, larger fish. A half hitch in the trace keeping the sinker in against the bait can really help with the presentation, especially when using large baits.

I've been experimenting  with a hybrid set up - part strayline rig and part running rig - and it has been very successful in high current areas. As I mentioned earlier, presentation is everything when it comes to catching big fish. I had been on a gurnard session using this rig, which was working a treat in shallow water while a mate was having less success. We made a move to the Papakura Channel, where the current can be rather fierce. This day it was no exception! At slack water my rig easily reached the bottom in over 20m with 4oz of lead. As the current picked up we needed 12oz of weight to get down. Arron started catching fish while I went quiet. I realised something was wrong with the rig that had been so successful in shallow water.

A heavy rig with stiff trace for fast currents

We were both using small cut baits, which generally work best for us in winter but as I lowered my line into the water I noticed the bait was spinning, where Arron's was not. Remember what Bill MacBrayne had to say earlier about using a stiff line for his dropper rigs? I was using supple 10kg trace while Arron was set up with 37kg trace. He also had his hook attached via a loop rather than snugged up tight like mine was. The result was a bait that couldn't spin and that made all the difference.

A trip to the same spot two weeks later saw Arron catch four snapper from 40cm to 72cm, while my baits were only bothered by tiny fish. Pretty convincing odds in my book!

Whatever rig you choose, remember to pay attention to the finer points. The more natural looking your bait is, the greater your chances of fishing success will be.

How to tie a snood or snell

​Video: How to tie a snood