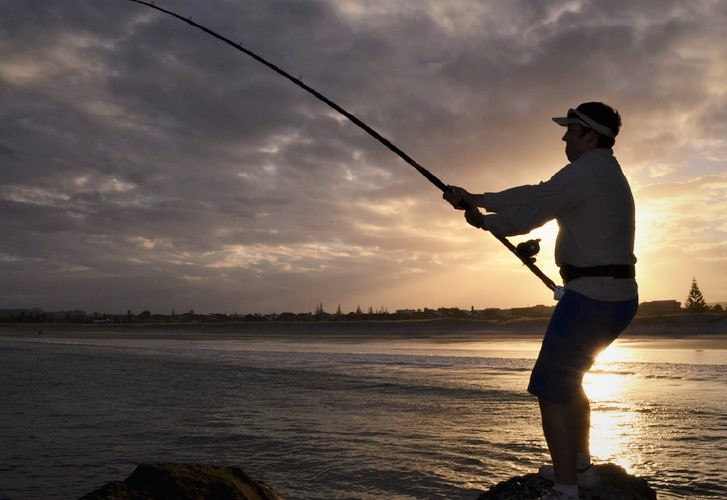 Slidebaiting, or sliding, is relatively new to New Zealand. The simplest way to explain what slidebaiting is, is to take the name literally.

It involves sliding a live or dead bait down your line. A non-return slide is just one of the many types of slides available. Many people, including this writer, believe it to be the best.
Early surfcasting frustration ultimately led my brother to give up on fishing.

The main gripe was not being able to fully utilise all of the land-based fishing terrain available to us.

Fishing from structure using the conventional methods of deploying livebaits under balloons to target kingfish and the occasional shark took its toll on our morale, as often we would drive right past miles and miles of beach we felt would offer even better kingfish. What I longed for, was a non-return slide.

Enter 2010,  and a cousin brought a surfcaster with him when he came over for a holiday.

This was a South African-made Kingfisher Poseidon 5, which was paired with a Daiwa SL50SHB. Gone are the days of targeting sharks and kingfish on 24 or 37kg line. All of my slide setups are now 15kg and can cast weights from 5 – 7oz.

A few non-return slides were procured through a contact in New Zealand that had started to sell them. I also picked up a Sonik SK4, 5 – 7oz surfcaster and an Akios 757CTM. This combo is now my staple, plan A, sliding setup.

There are many forms of slides but the non-return slide evolved to stop the bait traveling back up the line to the angler.

There is another form of free running livebait slide that can be used. However there can be issues getting fish to swim correctly in areas of strong current or heavy wave action.

When rigged correctly, a non-return slide will only allow baits to travel in one direction down the line and will lock in place if they are pulled towards the angler.

How to wind the slide on to the line after the sinker has been deployed.  The arm with the swivel attached should be pointing down the line towards the sinker and the line should be running freely through the centre of the coils

Through the rough stuff

What this allows you to do, is put livebaits in through rips and beach structure with pinpoint accuracy. This is achieved by another critically vital piece of equipment, the stopper ring.

The stopper ring is a large, heavy-duty split ring or solidly welded ring that is attached to the leader (a shock leader of 80lb is highly recommended) and has a swivel running through it. Just about any knot you feel comfortable tying will work to secure the leader to the ring.

Once the stopper is secured to the leader of your preferred setup, you must then attach a sacrificial line to the swivel, to the other end of this line you will attach a BOS sinker.

The purpose of the sacrificial line (usually weaker than the main line) is to ensure that when fishing area of heavy foul your sinker can break free of any snags without snapping your main line and losing your terminal tackle.

The one exception to the rule on the breaking strain of the sacrificial line is when fishing from snag free sandy beaches. In this scenario you can use the same breaking strain as your leader.

That is the first phase of terminal setup you will need. The BOS sinker is then cast out to wherever you want the bait to end up and, if you’re like me, and you prefer to tie slide traces to match the condition, you can pop the rod in the holder and let the sinker settle into the sand, this will help later.

An alternative way of shaking when your arms get tired.

There are two types of baits you can deploy on slides, live or dead. It really depends on what your target species is. For kingfish, a standard livebait trace will work fine, recommended trace length is 1 – 1.5m but no longer than 1.5m.

The trace is attached to the power swivel that the slide may or may not come with (depending on design). Once the trace is baited or you have caught your livebait, it is time to deploy it.

The slide is attached to the line by wrapping the main line around the coils of the slide (good slides have four to six coils). When the line is running unimpaired through the centre of the coils and the arm is pointing at the sinker, you can close the clip ensuring the bead, which prevents coil compression, is in the correct place.

What you do next depends on whether you are using live or dead baits. Both baits will start the same way. Remove all the slack from the line and begin to use a series of short sharp shakes to “bounce/slide” the non return slide down the line until the bait is in the water.

If the slide is traveling through waves, pause until the wave passes by and maintain a tight line, any slack will allow the slide to move back towards the angler. Once the livebait has enough water to swim, you can stop shaking. Double check your drag and pop the rod in the holder, the livebait will do the rest of the work and eventually end up at the stopper ring.

It is important you maintain a taut line with as little slack as possible. Any slack will allow live or dead baits to work their way back up the line.

The next thing to keep in mind is how long you want to shake the rod for to ensure the slidebait has reached the stopper ring.

Reaching the stopper ring is important because if the bait is picked up and you’ve left the slide half way down the line, you risk having your line burnt or frayed and worn through.

The rule of thumb is to shake until your arms feel like they are going to fall off. Once you’ve reached that point, keep going for another 15 minutes.

You don’t have to send it the whole way down, but why run the risk of losing everything before you’ve even started fighting a fish?

When a bite arrives, you can’t strike. The line will begin peeling off the reel and, depending on where the slide was situated on the line, it will feel like a second gear has been reached once the slide has hit the stopper.

At this point you can tighten your drag and give it hell. 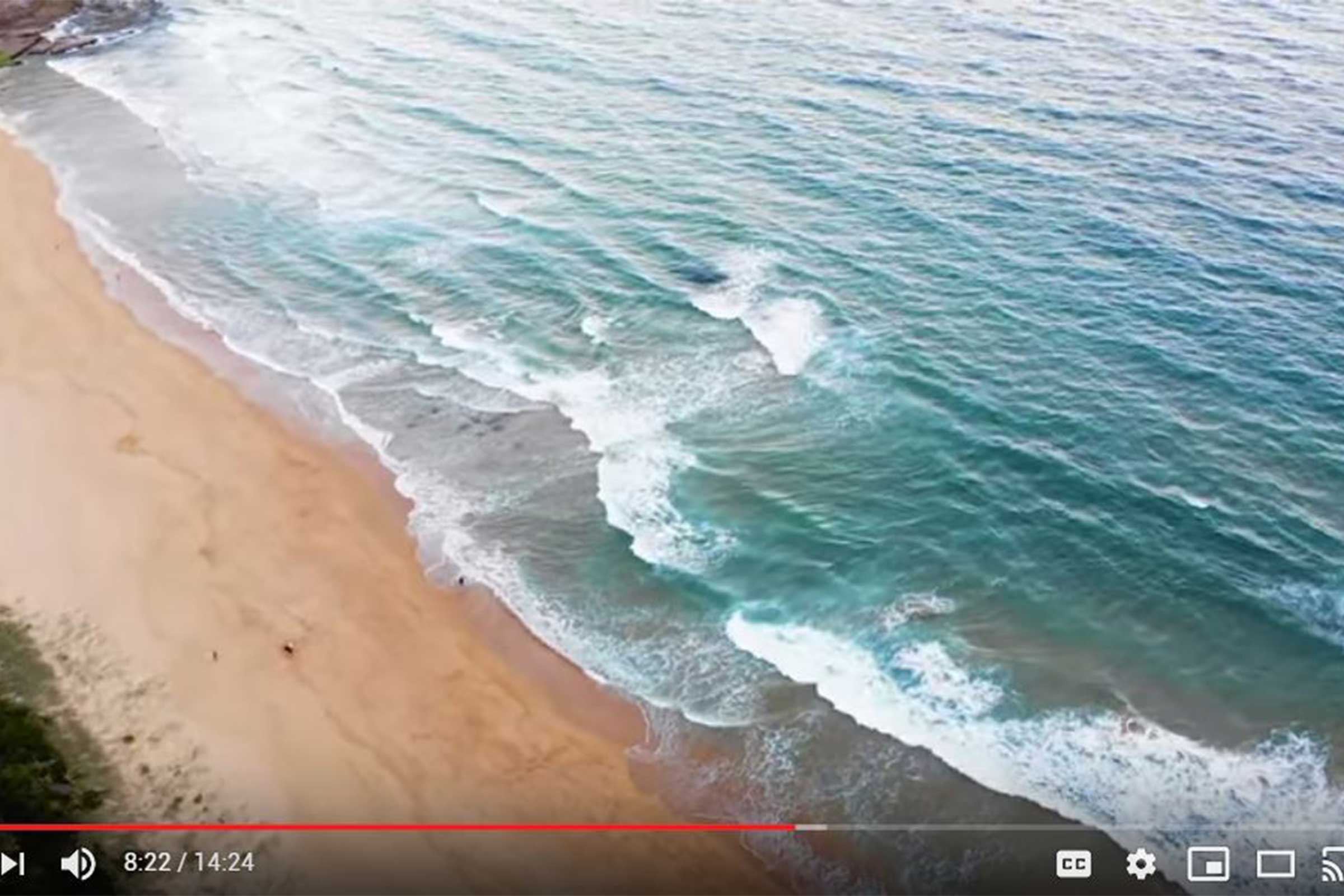 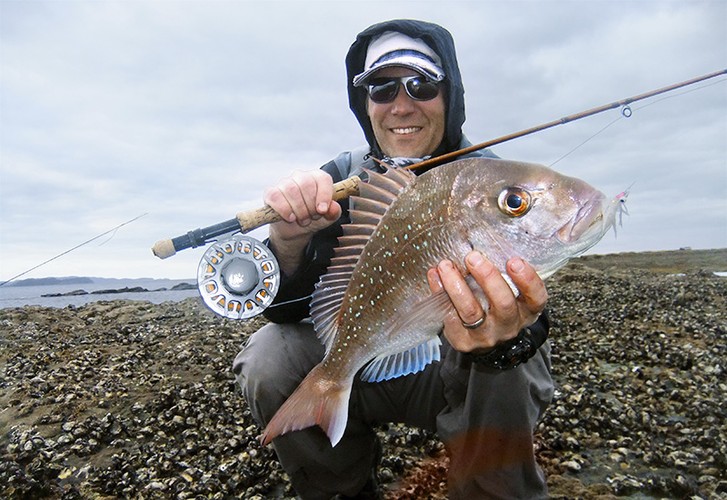 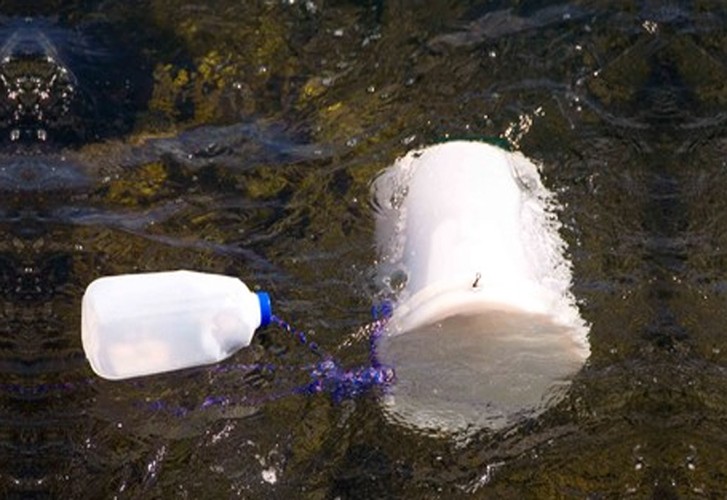 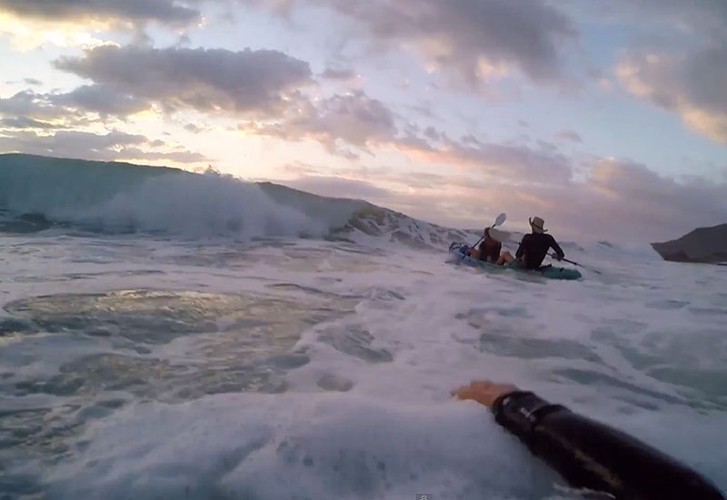