The beginner's guide to gamefishing 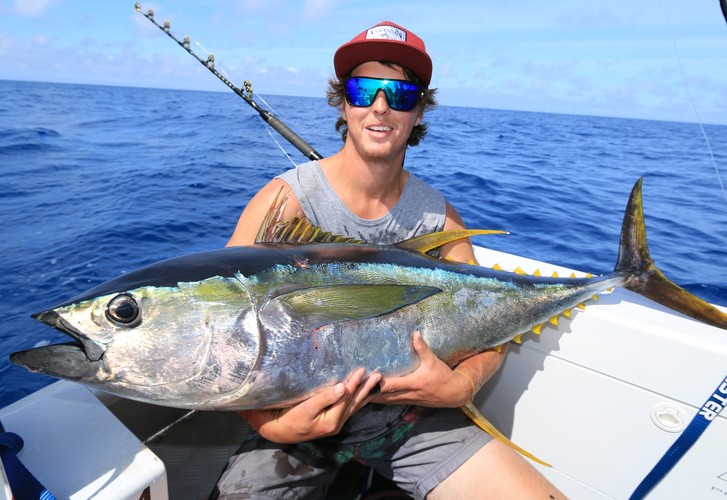 Don't wait for a lotto win before getting into game fishing. Start now

So, you have drooled over the magnificent internet footage and photos and heard heart-stopping stories of catching amazing game fish. You have wondered how to get started. Isn’t it expensive? My boat’s not big enough is it? Stop right there! It’s not all big boats and expensive gold reels. Starting out is a lot easier than you think.

Let me take you through a few easy steps, from selecting gear to wetting your first lure.

Where to start looking

Information is the most critical part in landing fish. A bit of time is needed to research which part of the country has been fishing the best for the current period.

To get the ball rolling start thinking about where you would like to fish. Whether this is close to home or requires travelling is up to you. Whatever the location I suggest you sign up to Fishgrid (this is free), and check the Sponsor Grids to see where most fish are being caught.

There is no point fishing in 50m of water when the grid shows nothing caught that shallow, while 100+ marlin and other species have been caught in the 200m to 500m area.

Sea Surface Temperature is your best friend when it comes to game fishing. I suggest subscribing to an SST service for up-to-date information of where the warm water, blue water and current lines are running. Satellite imagery is used so clear skies are required to get the most accurate information. I highly recommend Oceansst Maps, which can also be found on Facebook; simple to use and understand with detailed imagery.

Local fishing shops are your next stop. They may not have been fishing but the guys who have caught will be talking to them. They are likely to have advice on lure colours and hook rigs as well. What else do you do at a fishing shop?

Most game clubs will have a NZ chart on their wall showing details of what fish have been caught for the current game fishing period and the location. This can give you a general guide for where to position yourself to begin with.

Not every catch is recorded by game clubs as some people are not members and simply catch fish for the pure enjoyment. Follow pages like Bonze, Trophy Lures, G-Force Lures, OceanSST Maps, NZ Big Game Fishing, and so on. You will see what fish are coming from what areas, and also vital details on which lure head styles and skirt colours are most productive.

The above set up is known as the Tangle Free pattern (notice the starboard side is set longer than the port side). This pattern reduces the risk of a fish tangling in other lures as well as the lures tangling with each other in tight turns. It closely mimics fleeing bait fish as the smaller fish tend to get left behind.

It’s not all about the gold bling hanging off the back of your vessel (although it does look RAD). When we first started out we borrowed 3 x 50w, 1 TLD 50 and used our Jigging Master PE8 on a jigging rod as a 5th. If this does not sound ideal for game fishing, I assure you it nailed a fair share of skippies and albies.

Buying all the gear is a huge investment; then coughing up for lures and then the rigging. You haven’t even got to the fuel pump yet and you could be a few grand shallower in the pocket. So borrow gear if you can, or use what you have. Of course, using a baitrunner and the likes is definitely not going to cut it.

What you are after is something that has capacity and a fair share of drag. Smooth, consistent drag application is important to cope with the blistering runs handed out by these fish. As far as capacity goes I would suggest around 600 metres of line, minimum. This is to allow time for the fish to run while you clear the gear. Yes, some will say a blue marlin will spool you; but this is about helping you get started.

Whatever gets your lures in the water is better than sitting at home wondering. As far as line weight goes I would suggest 24 or 37 kg in either monofilament or braid, although braid lets you squeeze a lot more line onto your reel.

After sorting the rods, you will need the following to aid in the capture, and even the release if you choose to:

If you are price-conscious then keep an eye on local fishing forums and TradeMe for good deals on gear. Beg, borrow, or buy no-longer-used gear. Otherwise most fishing stockists will hold what you need to get the ball rolling.

This is a critical element to fishing and I highly recommend you start doing the research yourself to see what you are happy with when it comes to the business end of things. I like to keep things as simple as possible.

Lures are a personal choice, with many on the market being very successful. Start out with a variety of colours and lure heads. For your first few, I would suggest grabbing smaller lures over large. Why? Striped marlin, yellow fin, blue marlin, are all known to hit small lures more often than those big lures in the spread.

Sure, run a bigger lure or two; they make a lot of noise and commotion. Find what works for you and progress from there.

•    Wire cutters (most good pairs of crimps have these)

I suggest you learn to rig lures the professional way; losing a solid fish to gear failure can make a grown man weep. And I’m sure those tackle store experts don’t want you running straight back to them to pass the blame.

Keep things simple. There are many ways to set lures but let’s look at two ways to set them. General rule of thumb: the lure closest to the boat
will be sit on the second pressure wave created by the vessel, with lures being placed on each pressure wave after this.

The diagram above is how we set our lures, but with experience you will develop your own spread preferences.

Ideal boat speed is around 6.5 – 7.5 knots. Watch the lures to make sure they are swimming strong and popping well. If lures look sluggish, speed up a tad; if they start flying out of the water, slow down a little. With our 4 stroke outboard we troll anywhere from 2,000 – 2,200 rpm. Diesels are around the 1,200 – 1,400 rpm range. Play around with engine and gear settings for the best combination of fuel consumption and lure function.

Being prepared to chase the reports increases the chances of getting that hook-up. Strike those HOT areas when the reports come in. Going out from your own port may well seem to be a safe bet as you know the area well, but this is an odds game and anything you can do to increase those odds has to be good. In other words you can increase your odds significantly by fishing where the fish are in numbers, even if you do not know the area well.

Now, by no means am I a pro when it comes to catching these magnificent creatures. I am constantly learning, evolving and adapting techniques. But, like you, I had to start somewhere. I used to think chasing game fish was extremely hard and outside my capability. I assumed a launch was a minimum requirement. But after a bit of research and talking to experts I figured we didn’t need big boats with diesels, nor outriggers (although they definitely help) and big game reels.

You will find when it comes to big game fishing that everyone has their own systems and their own opinion. And it’s best to listen and learn. You may not agree with the way everyone fishes, but that’s what they have found works for them. Hopefully, before long you will be helping someone set up their boat and gear. 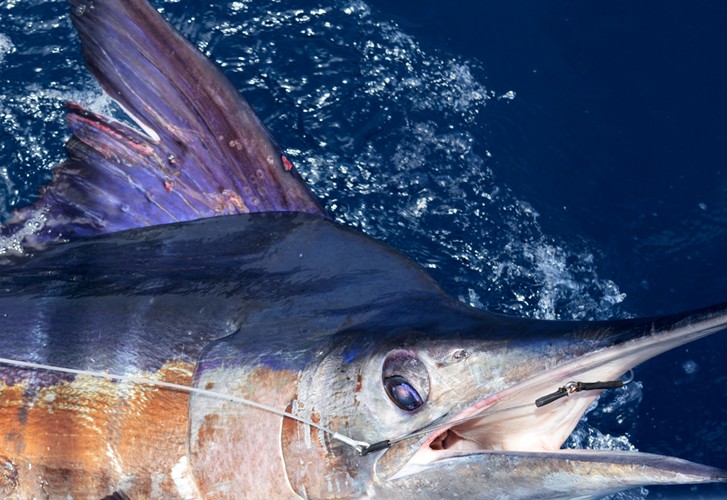 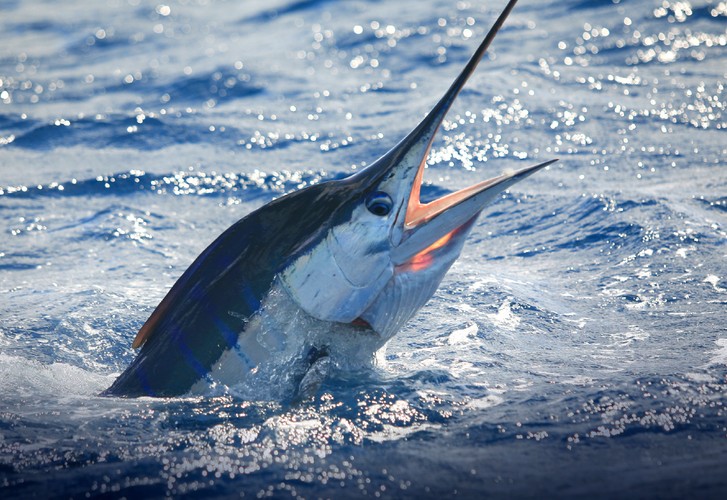 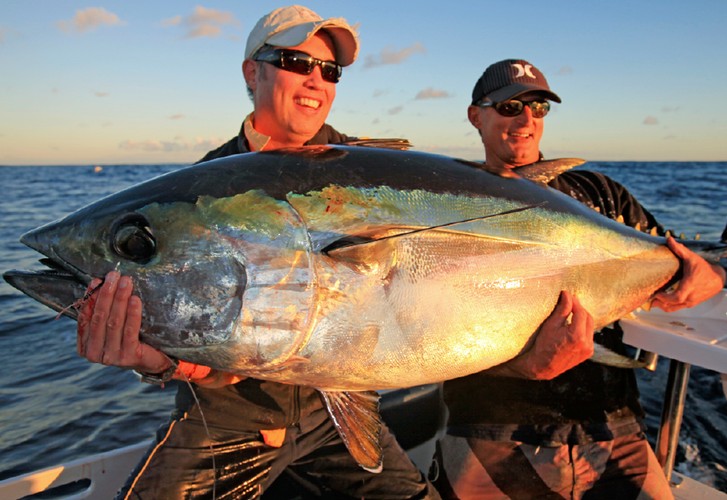 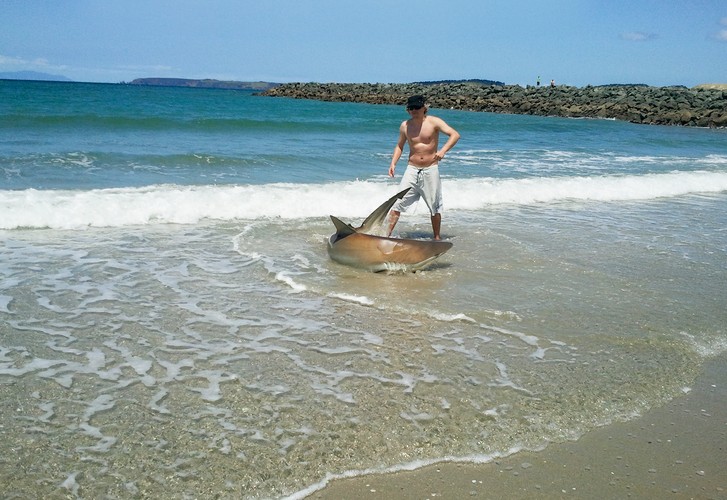 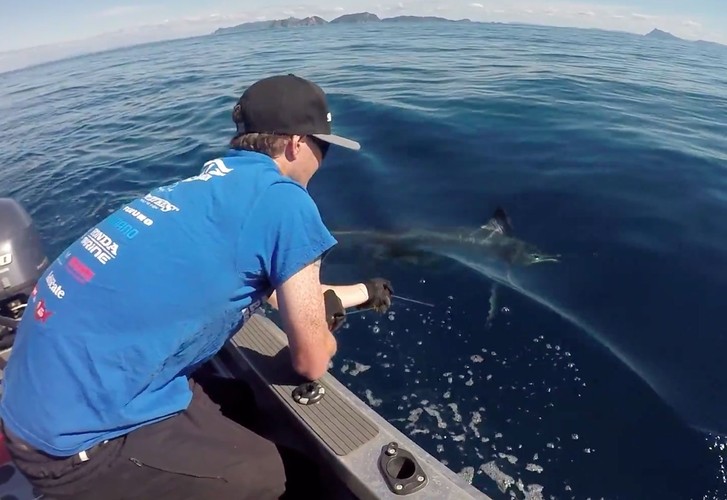