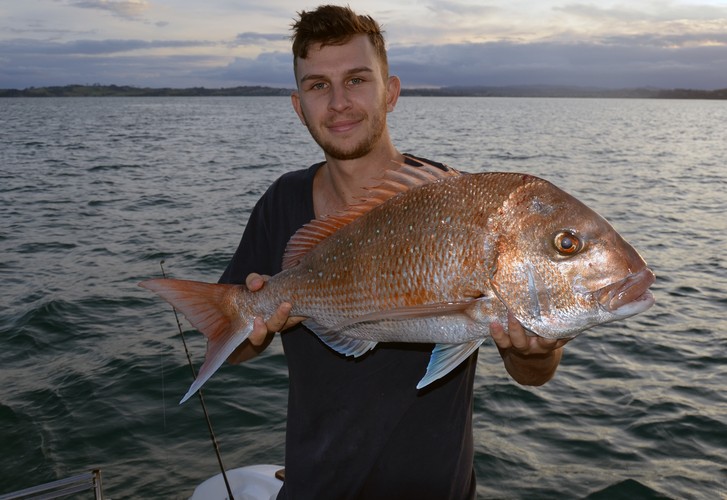 It is darker in the morning, rain seems to be more frequent and I find myself thinking, maybe it’s time to invest in new wet weather gear. These compounding factors mean only one thing to me, winter is well and truly on its way.

Most people cringe at this, think about hibernating and settling in to a painful few months of bad weather and bitter cold. I get excited! Winter brings with it the best environment for my favourite type of fishing, old-school straylining.

I am going to bed dreaming of that big winter fatty pushing the scales over 20lb and completing a lifelong goal. I have fished all my life and now work for a fishing magazine, yet I still stand on the outside of the 20lb Club, looking in. This will be my year, I am going to put the effort in.

With the coming of the season you tend to find there are two types of fishermen. The first type stays in bed late, waits till the odd patch of good weather allows the lunchtime sun to make the temperature bearable, then throws out a bait and hopes.

The second are the ones that are willing to put in the effort. These guys hit the boat ramp at dawn or in preparation for dusk. This season I have chosen to be man-number-two. Last week I put this plan into action.

Sticking to the game plan

Starting work early meant I could nip off before the traffic got nasty. Heading up north I was brimming with excitement, stemming from the fact that I knew I had put in the hard yards in terms of planning.

I had a game plan that I was going to stick to no matter what. I am a shocker for pulling the pick and moving about, never giving a spot a chance to produce. But not this time, there were four incredibly easy steps I was going to follow - pick up livies, get to the spot, berley up and wait.

Why change of light?

There are a lot of factors that may or may not be related to the reasons dusk and dawn fishing produces such good numbers.

Firstly, the fish that we are targeting are not top of the food chain. They must be constantly aware of predators that are looking to make them their meal. The change of light is a time when it easier for snapper to get active on the hunt without becoming dinner themselves.

Secondly, it may be that bait species are similarly feeding hard and less likely to be cautious, so easier to ambush by the hunting snapper.

Or perhaps it is as simple as an evening feed to get daylight species through the night, followed by breakfast in the morning. Sometimes it pays not to overthink these things.

Catching livies went perfectly well this day. We launch from Omaha most often and a trick is to drive over to Ti-Point Wharf and anchor about 20m out from it. I like to either cut the bottom quarter off of a berley bomb and drop it in an onion bag, or mince up some left over bait.

I tend to find Jack mackerel and piper around this area and if it goes well I will have a full tank within twenty minutes. I do harp on about this, but I think putting aside half an hour or so to pick up livies before heading out can be the difference between a good day fishing and a great one.

With a tank full of piper we headed out to our planned spot. Coming across birds working the surface halfway out, we accelerated rather than stopping, and averted our gaze. It is always a coin toss when this happens and it can change the direction of your whole day.

During spring I would stop, as the work up would carry on longer and hold ample fish. However, coming into winter they tend to be more sporadic and you waste time chasing the action.

Gordy, on the spot

Arriving at the spot we went upward of where we wanted our berley trail to head and dropped the anchor. When straylining, ideally you want wind with tide so that you hang with the stern facing the fish. This allows you to lay a nice berley trail that you can cast your baits into.

Once again, with my old man on board (who is featuring in far to many of my articles – between you and me I think fame is going to his head) some classic sayings tend to come out.

One of his favourites, which sadly I have adopted too is, “berley takes 30 minutes to kick in”. Between the ages of seven and fifteen I would have sworn to you that he knew the science behind it. Now I just think he’s spinning an absolute yarn!

On this day his first pillie was in the water for 30 seconds before he hooked up. His signature strike, which is at least twice the arc distance of any other man’s, woke the fish up, and string started to scream. After a decent fight a beautiful 12lb snapper came to the surface.

I rigged a live piper under a balloon to pick up a lurking kingfish, but an annoying gannet pestered it to the point that I brought the poor fellah back in. After re-rigging our livie set-up I dropped his little brother down to the bottom under a ball sinker. Within ten minutes the noise came that makes my heart skip a beat, the unmistakable scream of nylon peeling off of a reel.

At this point you should usually stay calm, let the fish take the bait fully and slowly push up the drag before striking. Don’t do what this so-called experienced fishing writer did, which is crank the drag straight up due to the excitement and strike as though you are trying to start an outboard. I was half expecting to pull up the teeth of the poor guy!

That was that for the livebaits, the fish did not touch them for the rest of the night. We absolutely cleaned up on pilchards, deep in the berley trail with the average sized fish coming in at 10lb plus. I bagged myself a nice 13lb snap but still fell well short of my desired twenty.

With some nice fish in the bin we started to head home. One thing to remember when dusk fishing is that it is easy to lose track of time and end up motoring home in the dark. Make sure you have navigation lights on and your eyes peeled. One good thing to do is set your GPS to leave a trail on the map on the way out. That way you can follow it back, nice and easy.

I headed out again the next week to the exact same spot - wind with tide and all. We laid out a slick berley trail and … nothing. Apart from a few undersized snaps, one keeper trevally and a small hammerhead that took a live Jack mackerel, we came back empty handed.

This day we launched at 11am. Just saying.

Like most things in life, a bit of effort goes a long way. So set your alarms and I might see you out there. Hopefully I will be the guy screaming “I’VE DONE IT!” 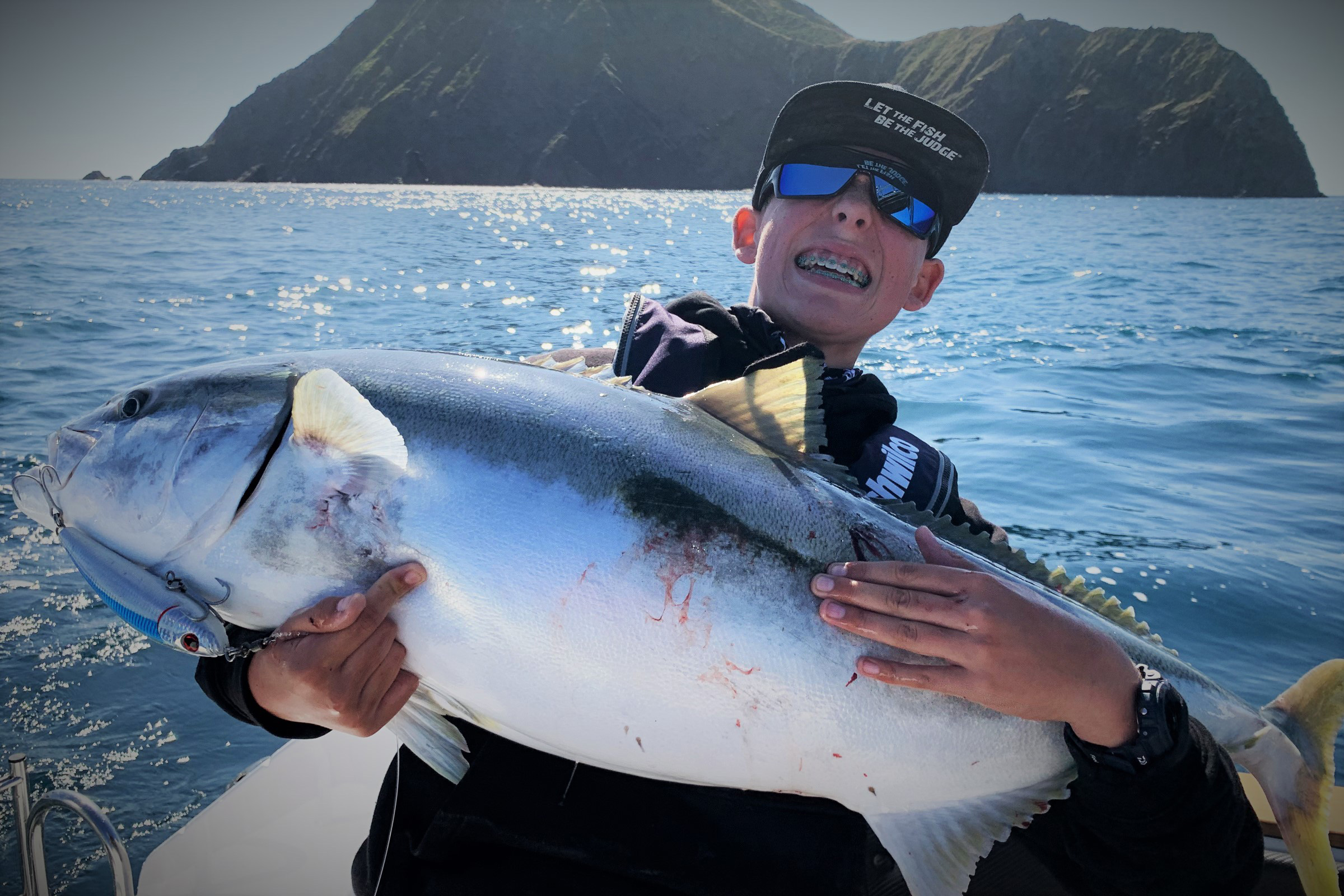 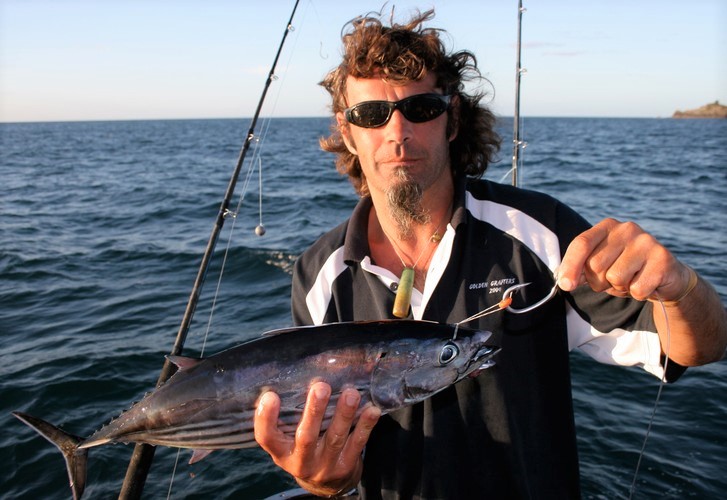 The ability to bridle rig and deploy a healthy skipjack tuna live bait is an essential skill for any serious game fisherman.
All Related