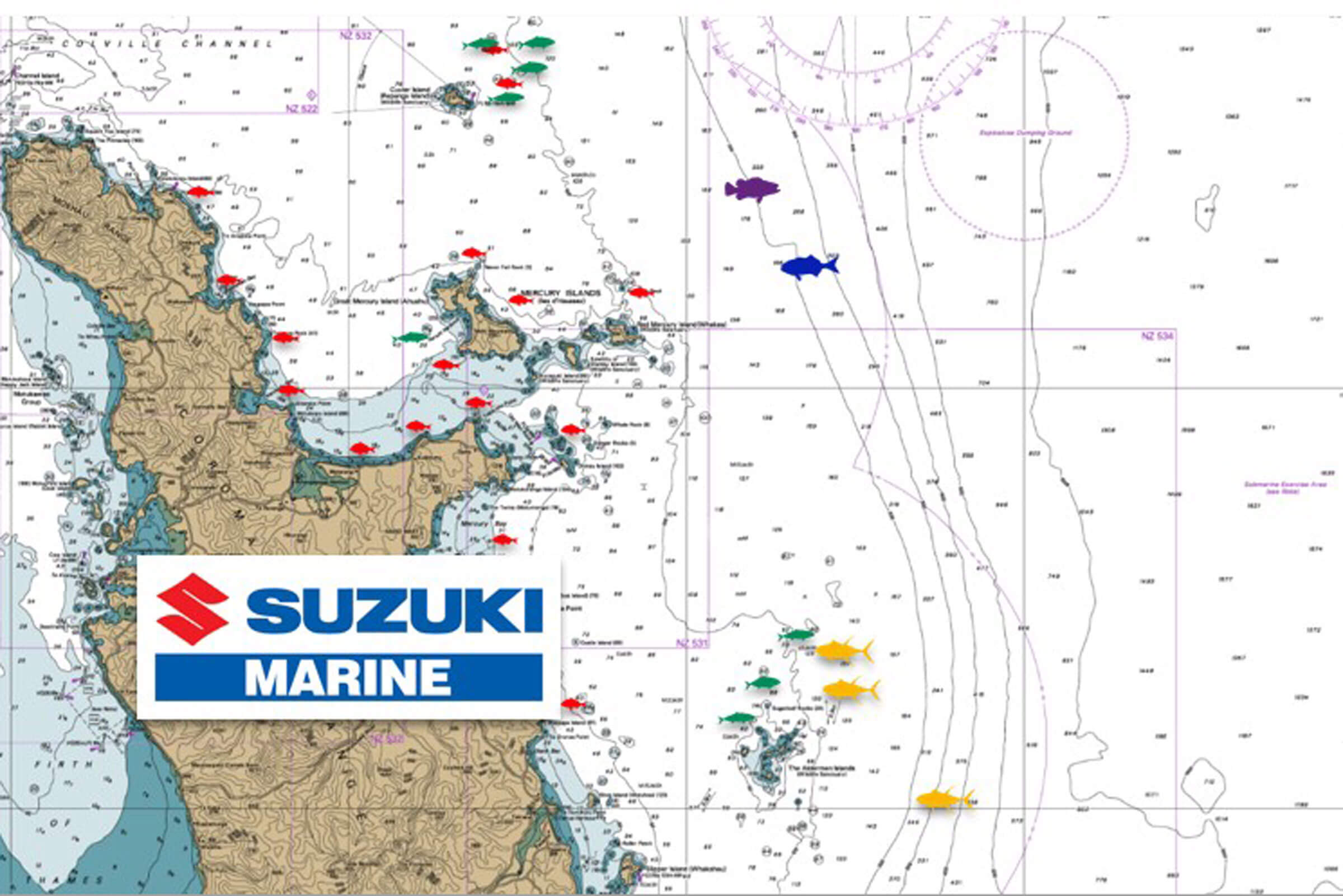 It’s heating up as can be expected in the Coromandel, with good fishing from right in close to way out wide. The really exciting news is the yellowfin tuna have arriving as per last year, which is a very welcome return, and means last year was not just a freak anomaly. We can expect to see these amazing fish appearing anywhere from Mayor Island, right up the Alderman Rise, on past Great Barrier and the Mokes, right up to the Bay of Islands.

Yellowfin are about the best fish an angler can wish for, exciting to catch and awesome to eat.  Just make sure you take out enough ice to chill them down immediately as they are too good to waste.

Here’s a few tips on how to set yourself up to get into the game https://www.nzfishingworld.co.nz/posts/yellowfin-tuna-top-tips

Also going well out wide is the deepwater fishing.  If you can be patient enough to search for any structure out in the contour lines around 300 metres, there are plenty of good hapuka, bass, and bluenose out there.  If you start getting plagued by gemfish or sharks, move about a bit off the other edges of whatever sign or structure you can stay over.

The 300 – 400 metre mark is a looong way down, so pack your big sinkers and try mixing up baits.  We found squid worked the best last week on the bluenose, and scored a nice fish of 25kgs, which is a pretty solid specimen for bluenose.

Snapper are much easier to catch now, and getting good fish out deep in 80 plus metres is fairly easy if you just hold over any of the popular pins or reef systems around the Aldermans or Mercury’s.

In closer, the snapper fishing in the shallows is invariably producing plenty of nice fish both off the sand and around the reef and foul.

They are aggressively hitting soft baits now, and fishing with light gear over the sand on the drift, can be a very good way to spend the morning before heading out wider.

There are some very good john dory about too, so try fishing live baits on light kingfish gear over rough foul and weed is the best way to get these fish on deck.

Kingfish are on fire, and when the bite is hot it’s insane, with kings hitting jigs and baits with equal ferocity.

Sometimes it’s the jigs that really fire them up, and sometimes naturals work better, so if you can, grab some livies on the way out.  Bait is plentiful in most of the bays at the moment, so it’s not too much of a drama to pick up a good tankful in short order.

It’s a great time to be fishing in the Coromandel at the moment whatever type of angling suits you.