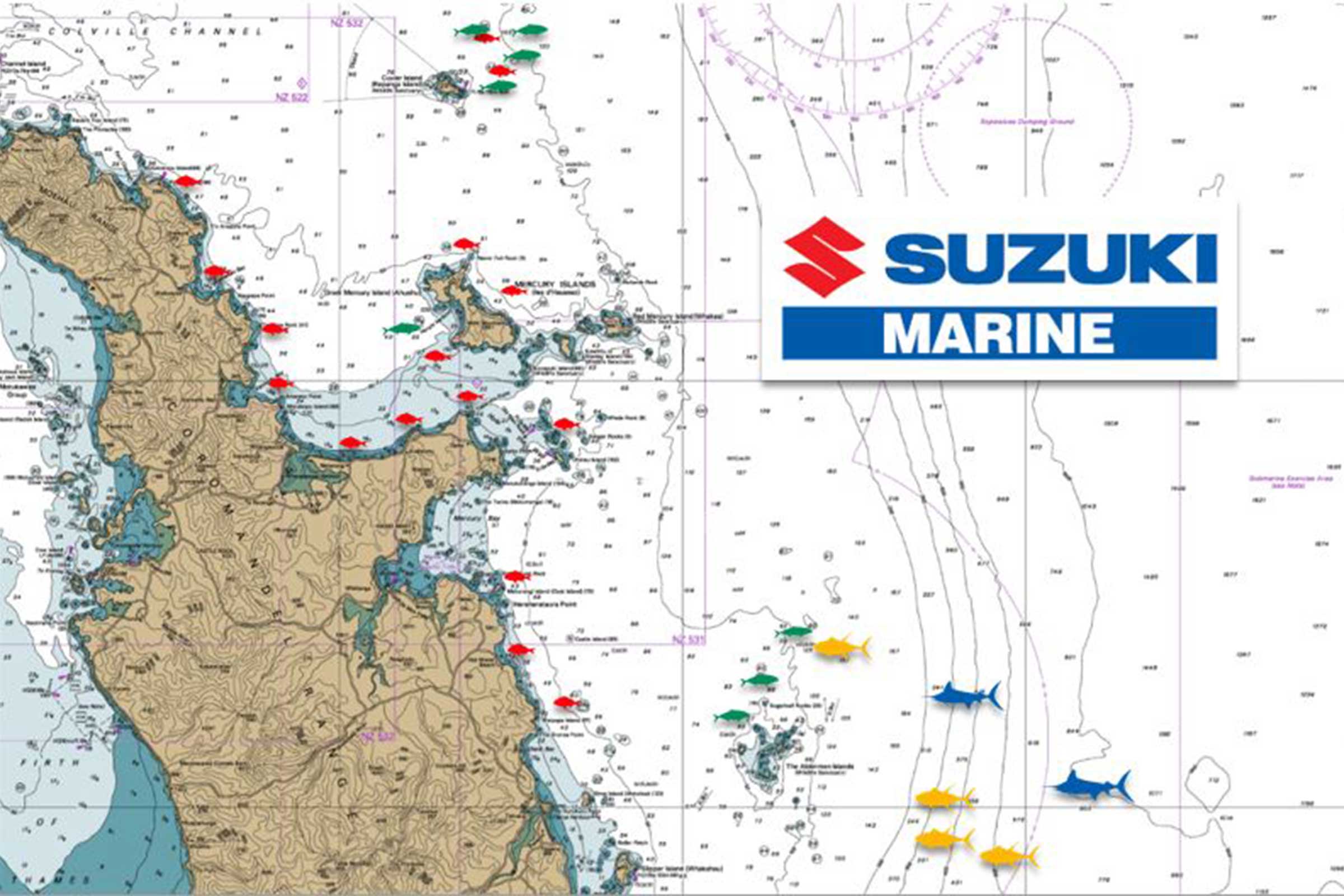 The fishing this time of year in the Coromandel can be extremely rewarding, and if you are just off the mark or in the wrong moon phase or what have you, just as frustrating. Inshore the persistent winds this year have limited the days that it’s comfortable to get out, but last week with the passing of the full moon well and truly behind, there has been some very good snapper action in close around early morning. Snapper are now schooling in shallow and surf casters and small boat fishermen are doing well around the popular holiday destination beaches and headlands. Having just spent the week in the Coro, we saw some great action and plenty of other boats doing well.

Quite often it is not where you are, but when you are, and there’s plenty of times when a good area fishes really well one day, and is dead as a post the next.

To that end, the most consistent zone for game fishing is still out past the Alderman Islands, where there were a ton of boats towing plastic around on the good days last week.

Yellowfin tuna and marlin are prime target, and there are still good catches of both these species particularly to the south east.  The water is nice and warm and incredibly blue, which is certainly attracting the target species.

Gene Denton from Whitiangler boated a 400kg plus blue marlin last week, and there are still good yellowfin being caught, but the average size seems to have dropped down a bit.

Good lures to tow are the lime greens and blue/silver with a splash of pink.

Watch out for flashes under the boat and have your light jig gear ready to go if you like albacore tuna.

We had a school appear under the boat and they really climbed all over the Catch double trouble kingfish jigs.  Albies have hard mouths unlike their striped mates the skipjack, so you can give them heaps without too much problem.  Bleed immediately and ice as these guys are just fantastic eating cut into chunky medallions and seared about 30 seconds either side.  Any more than that, if you cook them all the way through they get a bit tough, so have a smoking hot pan.

Kingfish are about, but we found them hard to pin down off the Alderman pins despite throwing good live baits and jigs down.

The charter boys, however, were smashing it out north of Cuvier.

Live baits are readily available on sabiki rigs inside the Whitianga Bay, but you have to find them on your sounder.  Watch out for stray gannets and other birds and start looking where they are.  They usually give the baitfish away.

With spawning not too far from done the snapper will set their minds more to eating again, and putting back on their condition, so expect some good fishing in the coming weeks.   We saw some very nice fish being pulled out of the surf off Matarangi beach on a kon tiki last week, and often drifting out off the sand in around 20 metres using soft baits will produce good school fish at the moment, and the odd by-catch such as gurnard, trevally and occasional kingy.

The moon phase is excellent for fishing all the way to the end of January now, so check out the bite times https://www.catchfishing.pro/bite-times/  and enjoy some action.