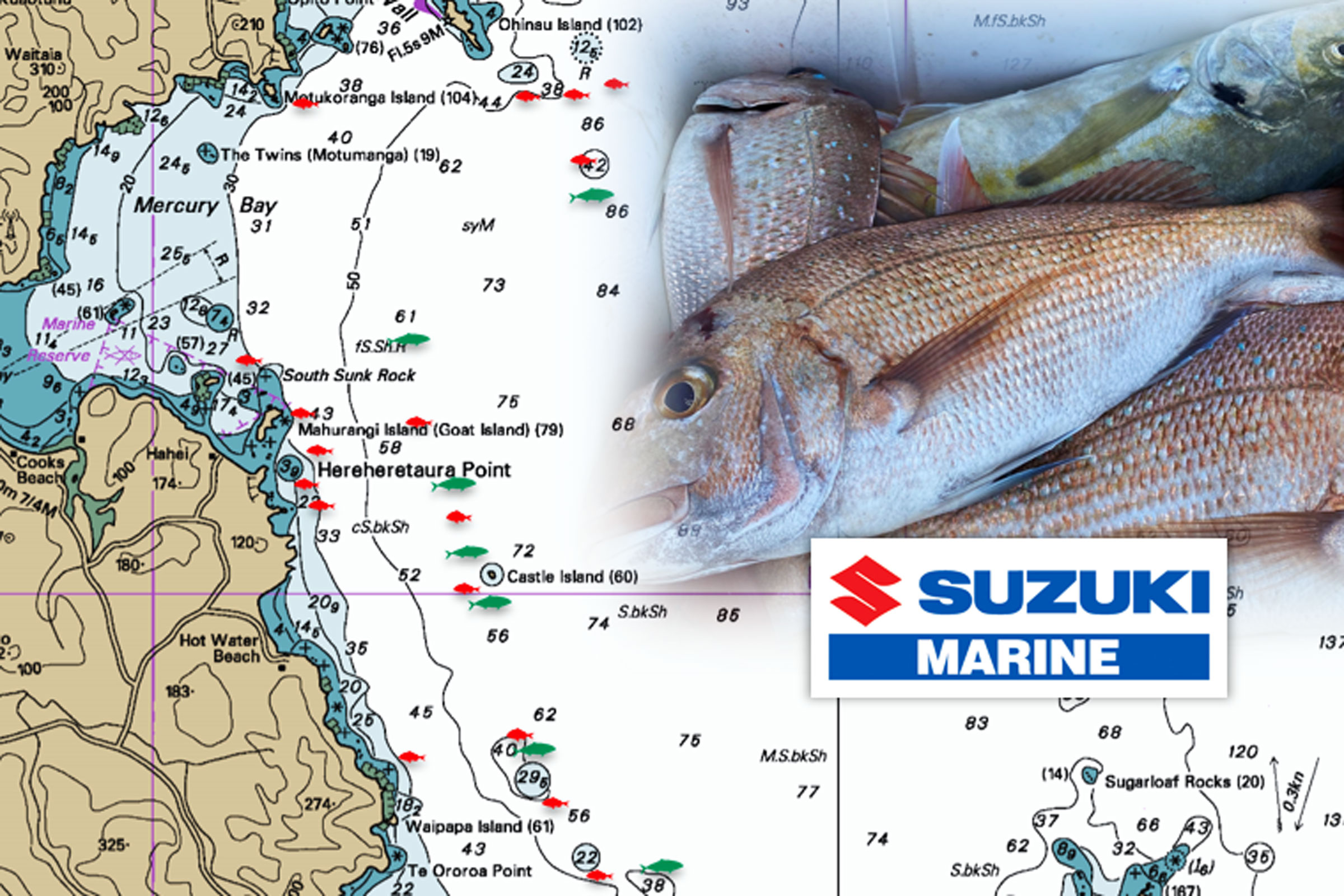 Recently the Coromandel has been fishing typically for this time of year, and a few good easterly fronts coming through have really put the blockers on getting out wide to chase the deepwater species. That is never too much problem in the Coro though, as inshore fishing has plenty to offer for good snapper and kingfish action.

We are nearly at shortest day now, so a very civilized start time still gets you out on the water at first light, where catching baitfish, and bigger moochers around the shallower weed and foul is commonly at its best.

Mercury Bay is really nice and quiet traffic wise, compared to summer months, so there is not that flotilla of boats out there to contend with.  This has it’s upsides, but also means if you are trying to find baitfish for livies you are on your own.

Best bet is to look for the shags or any other birds and start there with your sounder.  Bait schools can be a bit fickle so try and stop hard over the top of them and get a sabiki smartly down there.  There’s big pilchards, slimies, and the favourite jack macks in reasonable numbers most days.

With the bait schools there’s also kingies following them about, so slow trolling right in the bay, is well worth a shot.  If you are in the zone and not getting hit, it’s likely that they will not chew for a bit so look to move on.

The structure and reef areas between the Mercs right down to Castle and Shoe Island in the 50 to 70 metre zone are producing plenty of kingfish from just legal to 15kgs, a really nice size for eating and plenty of fun on lighter gear.

Livies are often best in winter but the kings are still responding to jigs on occasion too.

Dropping a running rig straight down on sign, or slow trolling livies around the shallower areas will eventually pay dividends if you keep at it.

There’s also plenty of nice snapper fishing in this zone, with pannies and bigger fish taking anything from baits to kabura and inchiku style lures that work well at this time of year.

Just remember to work them very slowly for best results.

The bluefin tuna run off Waihau Bay has now begun with the bigger barrels coming in early in the season as per usual, so big game fisho’s will no doubt be focusing on a trip over that way.

The best thing about the Coromandel is its ability to produce unexpected results from just about anywhere if you are patient or lucky enough to be out there doing it, so anytime you have a line in the water you’re in with a good crack.