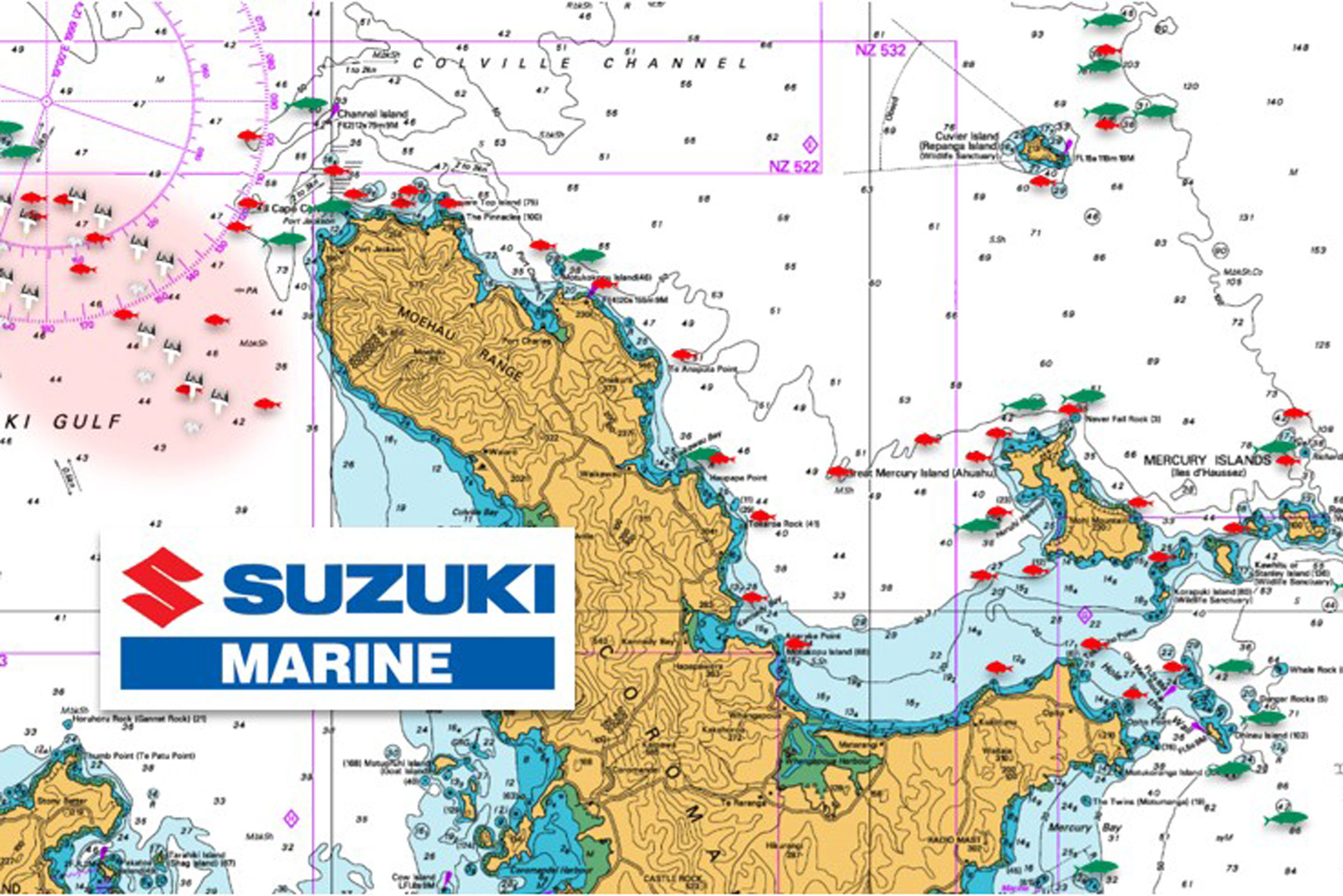 As we head into the cooler months the beaches are becoming a little more inconsistent with less school fish in close and more heading out for deeper water. Recently there has been some very good snapper fishing way up north (by boat) north – west of Channel Island in around 45 metres, and there has been a lot of fast fleeting workup action moving down the west Coromandel coast mostly driven by feeding kahawai.

Inshore reefs are now mostly producing resident snapper, and it can really pay to get in shallow and close to the foul, as there are some very good fish holding here in nice fat winter condition.

This time of year will often see less fish, but better size and in better condition than in summer.

Soft baits, worked slow around the weed and rock edges will more often than not stand a good chance of getting hit.

If you are anchoring up, then berley and strayline are sometimes the best way to get the fish interested enough to get on the chew.

A lot of fishermen targeting areas around Great Mercury and the smaller islands, seldom fish shallower than 20 metres, but there can be some real benefits to getting in a bit closer to the weed line, which is easier for smaller boats to take advantage of their agility.

It’s not just snapper in close around the reefs though.  Slow trolling a live bait (as slow as you can go in fact) with a four oz sinker on a running line with a two-metre trace, has been turning up some really nice kingfish over 20 kgs.

Fishing off the sand will turn up trevally and gurnard if you use small hooks and running, or dropper rigs, or fish with soft baits dragged along the seafloor using a drift chute to control speed.  These fish are both great table fare and make a pleasant change from snapper (although you’ll still likely pick up the odd one).

If you have not found any luck in shallow, or the light is up a bit bright around mid-day, then track out to 50 metres and either look for sign on the contour marks  or any bird action.

Kings are always there to catch at the Cuvier, Alderman pins, and generally any of the deeper reef structures on both livies and jigs, and it can sometimes be the livies that are harder to get on board in decent numbers.  If they are getting too fussy and hard to catch in shallow, try cruising around in the bays a bit deeper until you see a decent ball on the sounder and quickly get the sabikis down to them with a heavier weight.  Just watch out for the shags, they will dive deep and can get nicely entangled in your sabikis once you have a mackerel or two on.

Trolling livies is better with a bridle rig, especially if you are using recurve hooks, as more often than not, the hook point will turn back into the baitfish either killing it or preventing a hookup once you strike.

Here’s how to do it, and it’s worth the effort.

If you want some real fun, you could try stick baiting from the rocks, which is an effective and exciting way of targeting kings at this time of year.

Game season is still producing fish, and this is a good time of year to start targeting swords, as several have been landed recently including a couple from the Landmark Homes sponsors grid between Great Barrier and Cuvier.

If you are keen to have a crack at them, here’s how to rig up.