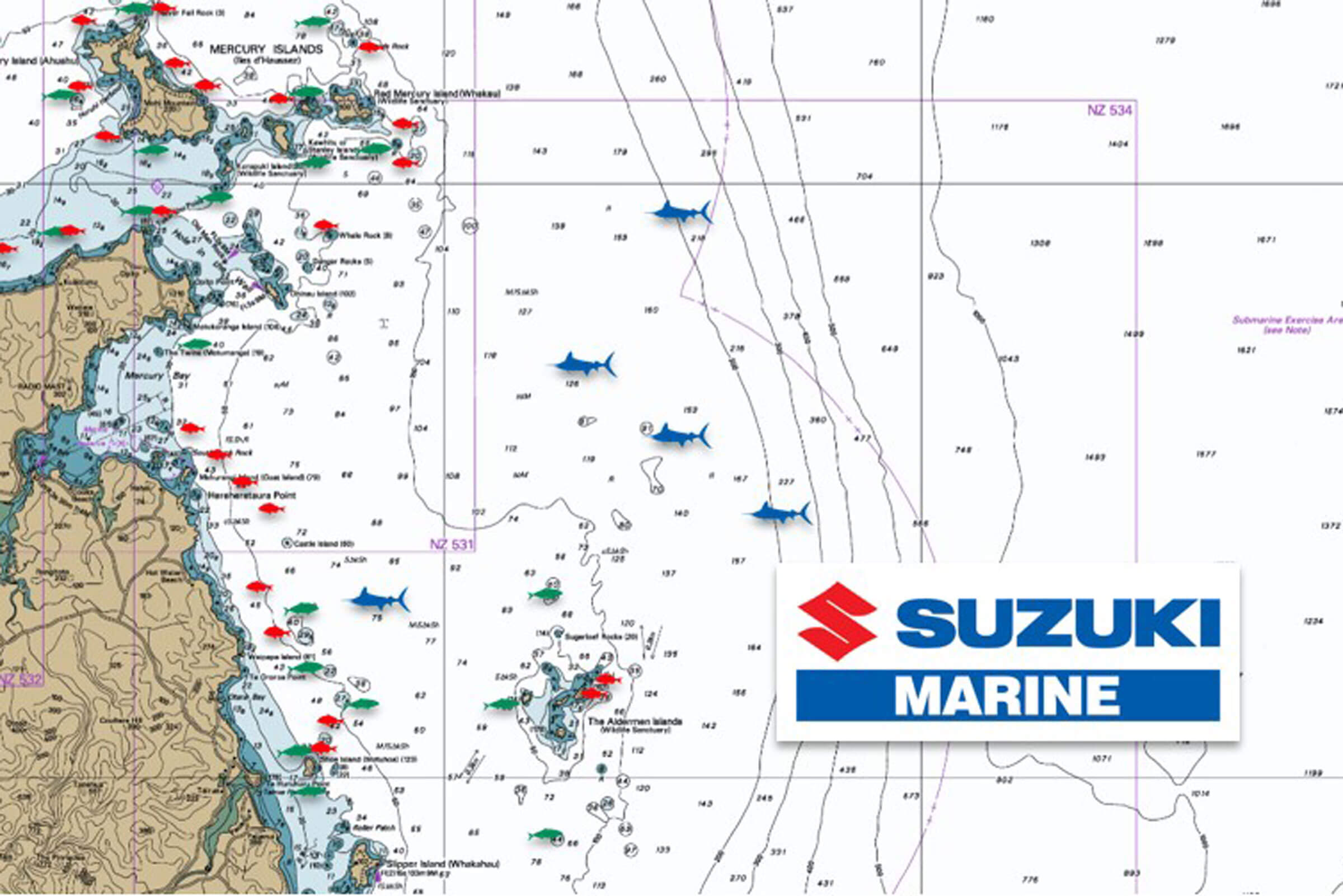 Snapper fishing right up the east coast, targeting the 20 to 30 metres zone off the beaches, and any of the inshore reef structures is good at this time of year, and a lot of the holiday boat traffic has thinned out so there’s a bit more space out there. Kingfish are also found lurking around the reef structures and they are often difficult to keep out of the rough if you do manage to hook up, so make sure your gear is heavy enough with at least 80lb braid and 100lb leader.

Trolling live baits is a favourite way to target kingfish that allows you to cover a lot of ground, and occasionally pick up the odd stray big snapper.

The upside is that there is plenty of bait around at the moment both in the bays and off the reefs and foul areas off Kuaotunu and Whangapoua, so catching a good supply of livies is not too difficult.

Check out the how-to here: GUIDE TO LIVE BAITING

Any of the reef areas around the Mercury Islands are worth a try, but Never Fail Rock is a well known top spot, off Motukaha Island, and the spots indicated on the map around the Red Mercury’s are good places to focus.

Out further afield towards Cuvier and the northern Cuvier pins has reportedly been a bit plagued by bronzies and barracouta, but if you have patience there can be fish pulled from the gauntlet.

Heading out east to the Aldermans, any time from now until May is a good time to prospect around Flat Island, also in a bit closer, Shoe Island, either drifting and casting with soft baits, or berleying in from the sand into the foul.  There are some good gurnard and trevally off the sand around Shoe, and also off the main beaches heading around the point and up past Matarangi.

The charter operators that commonly fish the Alderman pins, are catching their usual hauls of kingfish on both jigs and livies, so that is always worth a try, but spend some time trying to identify decent dark coloured sign on the sounder before throwing the gear over.

It’s peak game fishing season and right now it appears much easier to catch a striped marlin than chasing the yellowfin tuna that were around in much better numbers last year.

Fish are being caught well inside, and just 5 nautical miles north of the Aldermans, so you don’t necessarily have to travel all the way out to the rise to target these billfish from smaller boats.