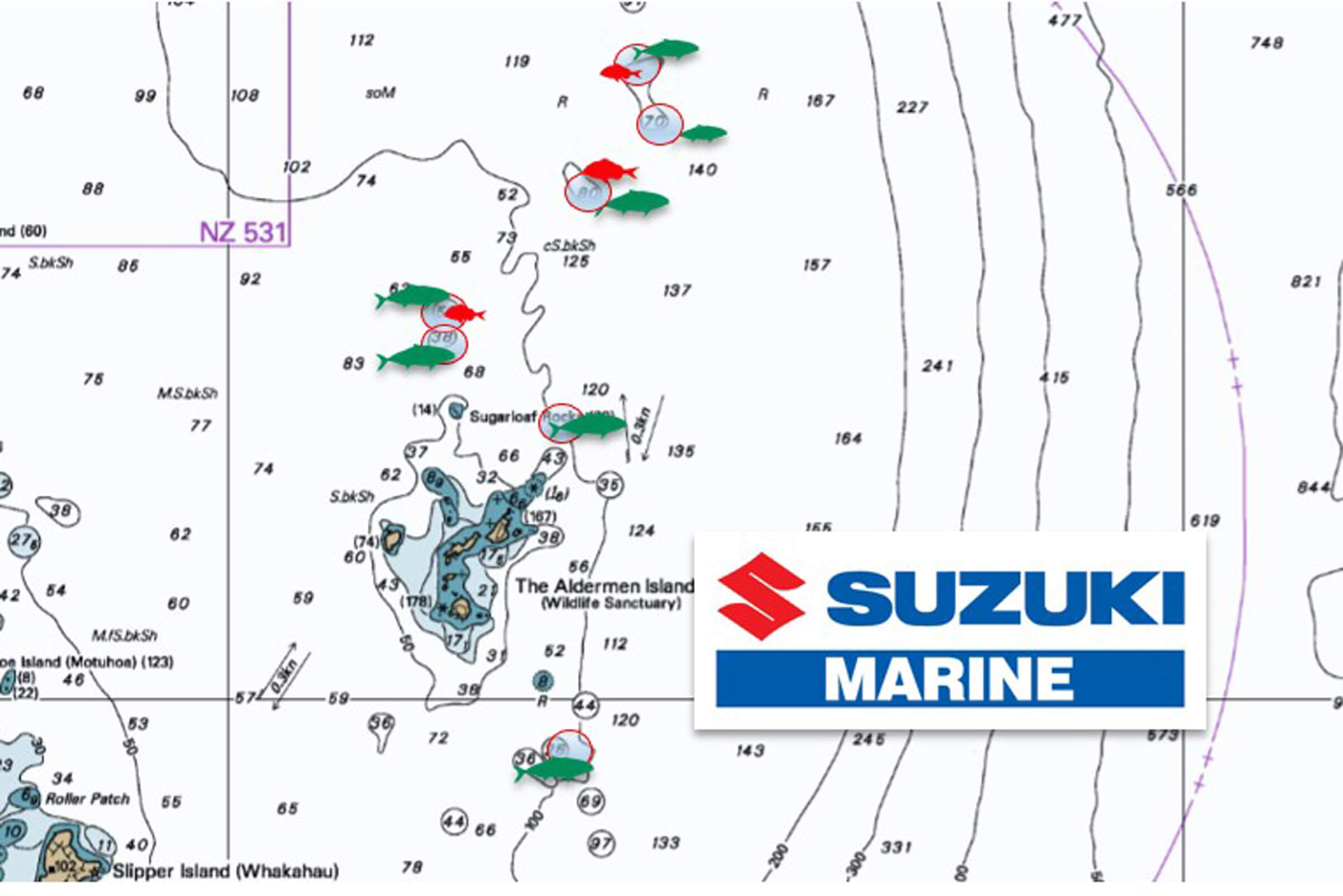 We have been out pretty much a week straight, every day, and the fishing in the Coromandel has been going off. Mostly fishing out wider has been where the action is, with kingfish really firing up on the chew. The inshore snapper fishing generally takes a little bit longer to really get going, and by all reports the fishing is typically hit and miss depending on tides and other factors. We expect the good snapper fishing inshore to really start picking up a bit closer to December.

Everything seems to be fishing pretty well offshore.  Our latest deep drop trips have been very successful with bluenose, hapuka and bass proving to be nice and cooperative.

The bluenose are not quite as prevalent at the moment, and we seem to be seeing a bigger proportion of bass coming on board.

Good stuff if you like locking into the bigger fish.  The bass are a rich and quite fatty fish, and can tend to be a bit ropey when they get bigger, unlike bluenose that maintain a more delicate flavour even when they get up to a decent size.  Each to their own though, the good thing is that there is still plenty of good fish to be found out there.

Our kingy trips are just pumping and spring has certainly fired up the bite.

We are mostly fishing the northernmost Alderman pins for kingies, and they have been fishing very well using both jigs and live baits.

Jigs in the 250 – 350 gram range are a good balance for the area, and there is action aplenty on pretty much any pattern or colour.  The jigs do seem to attract the more aggressive smaller fish compared to live baiting, but there’s always the odd banger thrown in there when you least expect it on the lures.

There are plenty of nice snapper out on the kingy pins in aroud 70 – 80 metres, and although they make a welcome bycatch, you can spin it around and target them with snapper jigs with the odd by catch of kingfish.

There is a lot of good bycatch going on with pink mao mao, golden snapper, and big trevally.

We have not been out to Cuvier for a while, but expect that will be worth a look closer to December.