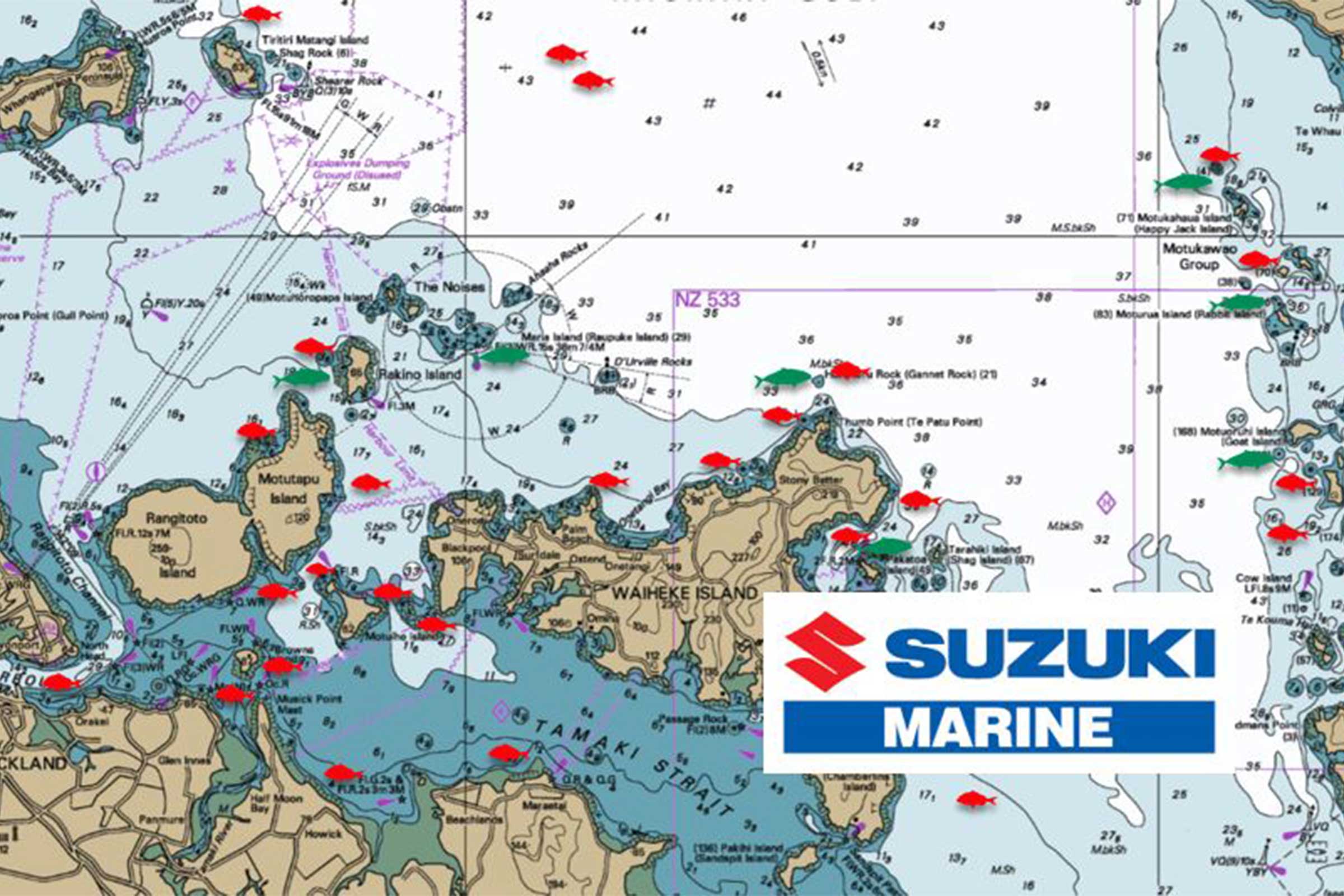 Ed note: Espresso is currently out in the gulf gathering more intel for next week. Having been out there ourselves between wind gusts this week we found the fishing pretty inconsistent. It’s a very difficult time to predict where to find fish at the moment. There are no real patterns like we get over winter and spring where fish hold in the same zone for long periods. The good news is that they are out there and the weather, like it or not, is providing some natural assistance to the fish stocks protecting them from over fishing. Snapper have been very much on and off, and it takes real patience to get onto a good bite. There are still good numbers inshore around all the popular reef areas, but when you do get a chance to get out it may pay to set the alarm clock for early, or leave in the afternoon, and stay out later. At this time of year, the mid-day sun can really put the quiet into the bite, and it seems no matter where you try the sounder is reading a flatline. Early morning and evening fishing, especially either side of a tide, can be very productive and soft baits tend to work better than most other types of popular lures on the snapper. Anchovy schools are being pushed in which can give some great opportunities to target the predators that accompany them. This week we saw kingfish busting up surface schools in Sandy Bay (north west Motutapu). Kingfish are also being caught around most of the other popular reef structures such as Anchorite, Horn, Channel Island, and closer in around Waiheke, on stick baits and livies. There have been some good bite times fishing the ‘squiggles – or fingers’, an area of foul just south of Horn Rock, and fishing in closer around the south, and south east coastlines of Kawau has also been good at times. Out wider Great Barrier has seen good action some days, and has been quiet the next, but patience and hunting around the areas between the Pigeons and the Broken Islands would be the pick. Just north of Tiri to east of Flat Rock has looked good with gannets, dolphins etc…but only short feeding, bursts and best bite times seem to be later in the afternoon. Tuna is still an exciting option out of Auckland, and that includes skipjack, albacore and yellowfin. To get them, however, you will have to be heading at least several nautical miles north east of Great Barrier Here’s the Espresso report for this week

Squalls of gannets rising out of nowhere, hectic scrambling to gain minimum height and immediately plunging down, hopeful fisho’s just like us.

When the dolphins do their tail slapping and short curling dives – it’s time for those pilchards to flee! And flee they do. The workups spread out between the Tiri and Flat Rock general area have been frustrating for most mammals in attendance lately.

The pilchards, some of them big too can defend themselves and for a couple of days they looked to be winning the battles, with dolphins puffing loudly from extended chases, and gannets above likewise tiring with many fruitless dives.

Well down below, snapper are often unable to keep up with the pace of the chase.

Long periods of eerie calm too, with those sudden explosions of action - bite time has been key lately with sharp aggressive feeding, then not!

Later in the afternoon this past week has been the best time to be out there. Thresher sharks have been slapping lures with their mighty tails, while others just taxing the lot, hook, line, lure and fish.

The large number of baitschools out in 50m are seemingly unattended by predators, this scenario is about to change, I suspect the skipjack tuna are about to ruffle the calm out by Little Barrier any day.

Gannets have also been in big sleepy flotillas just SW of Anchorite for hours, waiting…and when it happens, it’s short ‘n sharp action, so be ready when it ignites. Before then, micro jigs are worth their weight and a great option to try when the fish are ignoring most offerings.

The tidal current ramps up quickly over the next few days as the full moon makes its presence felt which should help the general bite action happening around the gulf. Whether out deep, mid ground or along the shorelines there are fish ready and waiting, perhaps waiting for you?

For Wave Dancer Charters: Visit www.wavedancer.co.nz to make a booking.