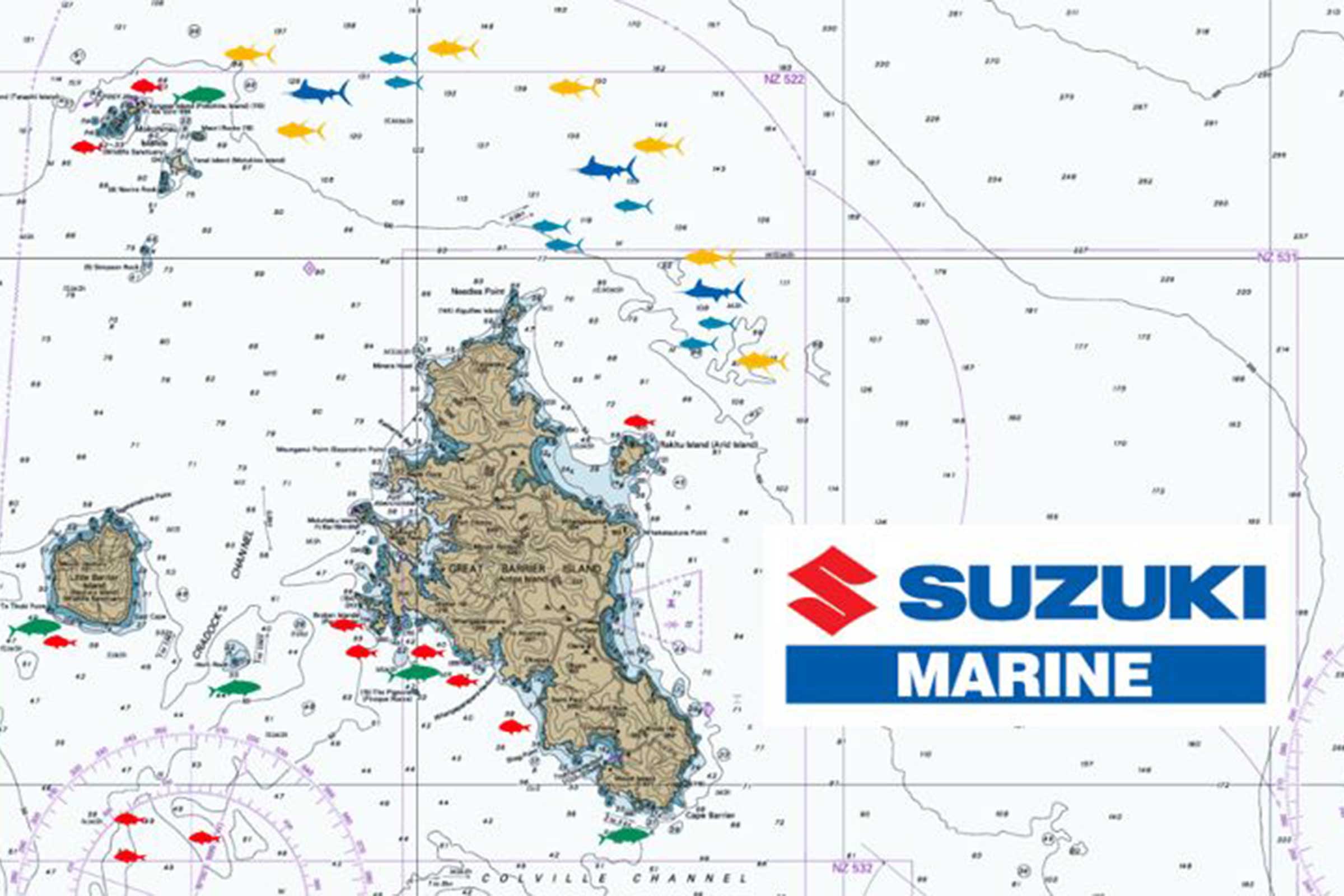 Unless you are fishing under a rock you will have heard about the yellowfin out behind Great Barrier Island at the moment. It is just so awesome to have these magnificent fish within relatively easy reach of Auckland. Big boats will get out there no problem, and if you launch your trailer boat from Omaha or further north to Tutukaka, it’s well within reach on a good day.

With some luck, the tuna will hang around for the season and not get over fished by commercial or enthusiastic recreational anglers.  Although the weather, distance and skills required to catch these fish should automatically self-regulate we mere plastic-towing hopefuls.

Most of the tuna are around the 10 – 25kg mark, so easily manageable on jigging gear if you don’t have an arsenal of game rigs.  Even able to be targeted on topwater, these fish are a blast.

The area they are holding is not much of a secret, it’s not that huge to cover and the birds and dolphin will often give you a hint.  Our best fish came totally out of the blue however, so any time lures are in the water is good.

The water temp at Barrier is around 18.5, and the tuna seem to start appearing once you get out a bit into 21+ degrees.

If you can’t find yellowfin, make sure you are towing at least one small skippy lure in close (5-10 metres) in the wash as there are a heap of albacore and skipjack around that also indicate where bigger species will hang.

We saw a lot of marlin tailing out here too, so there’s a good chance you will get hit if you keep at it.

Take plenty of ice, bleed your fish immediately, keep only what you can eat and let’s treasure this most welcome visitor to the area.

Trolling speed around 6.5 – 7 knots is good, run lures in a staggered pattern to avoid tangling when turning.  If there’s only two or three on board running 3 – 4 lures is plenty and makes managing strikes easier.  If you do get hit, keep going for a bit as often other lures will also go off.

Best lure colour out there seems to be blue and silver with a dash of pink.

Here’s what worked very well for us…

The outer reaches of the gulf are better for targeting bigger kingfish. Out by the inside edge of Gt Barrier at the moment there are some sizeable models patrolling the anchovy schools. The mid to inner gulf areas are either somewhat quiet. Or the sharks in attendance (e.g. at Anchorite) are making themselves known.

Calmness all around. Then sudden sparks of workups (nth of Waiheke up eastern edge of cable zone and some Sth of Kawau). Snapper can magically appear, and then disappear. When the gannets are actively diving snapper will aggressively feed, big ones too.

The key is not to get lazy with lures. If you are fishing with a Kabura style jig it pays NOT to use them in workups. Use a bigger more aggressive jig and you have a much higher chance of catching the bigger more aggressive fish. Highly successful jigs for this style of fishing are lures like the Double Trouble or the unique Squidwing or even the very latest Boss Squid hybrid! Heavier leaders can be used in this scenario too. It really does pay to put your light leadered, slow-fishing specialist lure the Freestyle Kabura in the tackle box when workup fishing, they can be a significant a disadvantage. Bring your beautiful Kaburas with their stealthy hooks and slow motion action back out when the fishing slows right back down – that is what and when they are designed for.

You may need to try all sorts of things at times for snapper. They can be disinterested for long periods. Aggressive feeding occurs but generally for shorter periods at the moment.

There’s a general slowdown of current due to the moon phase, hopefully not a slowdown in fish fervour out there.