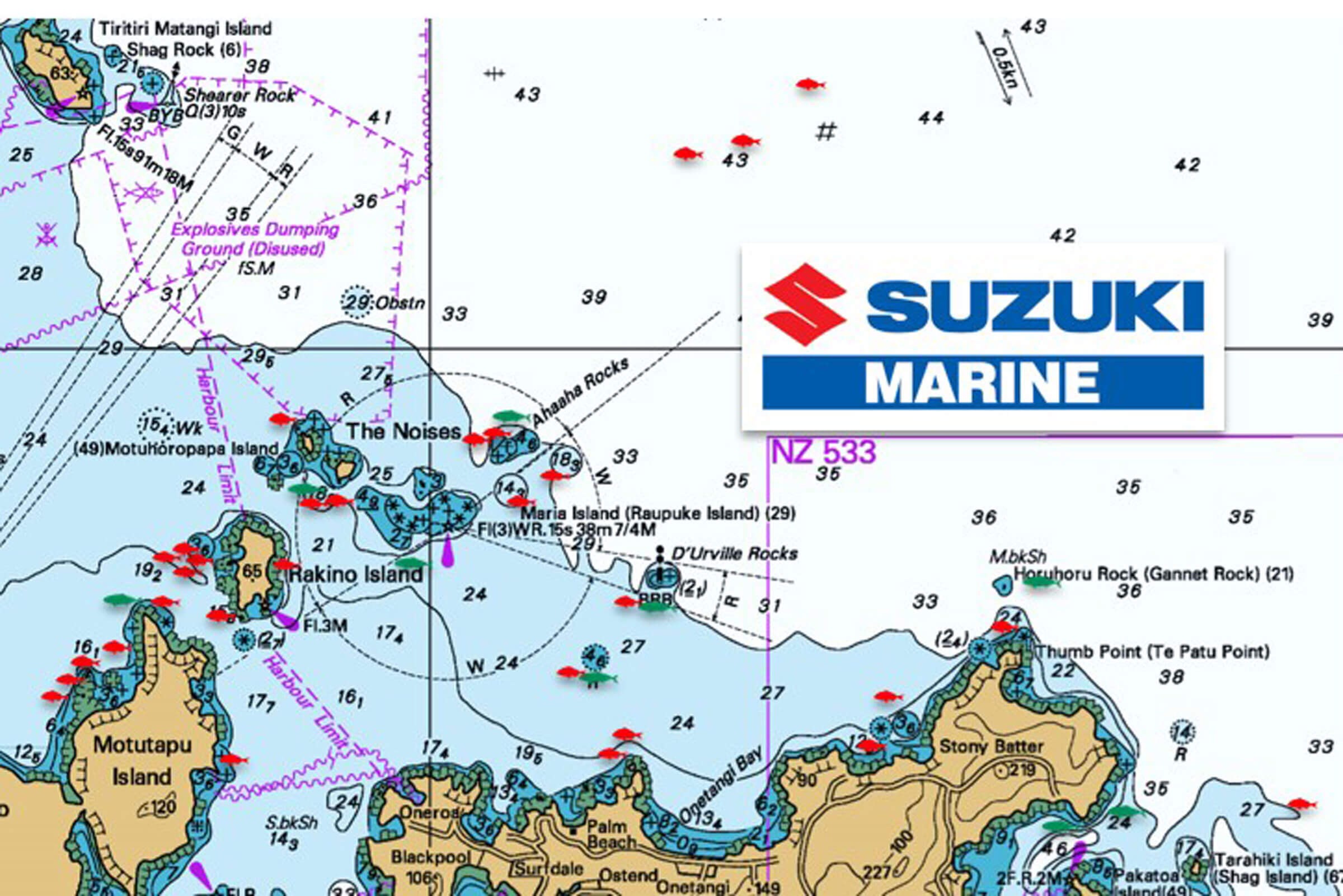 Expect some unexpected full moon antics yet again this week – what with the previous week’s rollercoaster ride of weather and fishing fortunes. The minimal tidal current one of the main protagonists is now pumping up the volume big time, a bit like that NE wind earlier in this week. So all things considered the fishing is looking rather promising for most species over the next several days. Some recent quiet times of fishing in general experienced by many over much of the Hauraki Gulf but change is a constant thing, no doubt the doubtful looks glanced around out there last week will dissipate over the next few days. Good things are coming and after this full moon the bite should be on again relatively speaking.

Snapper had a well-deserved break from front line action, although most of the better sized fish came from inner shallow areas – Rangitoto for instance, yes just off the America’s Cup course! The activity both human and otherwise was quite evident the western side of the volcano, hilarious fun catching prime snapper with all the adrenaline-fuelled yachting close by.

The smaller softbaits like a Glowing Gurnard curly tail or microjig (lead or alloy) working their magic on some very good pannies. Inner areas – just check for the terns, and don’t necessarily chase them, fish the area for both kahawai and snapper, place like western Rangitoto and just out from the no go zones along the North Shore Bays up to nearly Long Bay.

Snapper are of course just generally hanging out right now, a bit neither here nor there attitude. Other species are fair game, big game to little game, marlin and tuna out by Barrier, Cuvier, Mokes, or closer to home with trevally, gurnard, kingfish and John Dory out there waiting for your lure temptation to appear before them.

Midground fishing is ideal for a steady variety, gurnard, trevally and snapper.

Smaller faster workups have been just SSW of Anchorite, and even when they are not evident, the baitfish are, fish on the drift and you should be getting a nice steady mixed bag of fish, use a variety of good lures when more than one fishing from the same boat.

Further afield between Flat Rock and Little Barrier is a lot of baitfish, mostly unattended by predators last week, that will change – so expect some workups in the area and skipjack to make their presence known.

So what does 50m deep out in the Hauraki Gulf look like, with a softbait? Well here it is - exactly what a curly tail LIVIE softbait looks like, mounted on the renowned Stingaz jighead - check out the real deal for yourself! https://youtu.be/QjThFBw6QBo

Along the southern side of Gt Barrier there has been some fascinating surface activity with whales feeding on krill, lots of terns working the surface – but not much underneath in terms of what we’re after.

I suspect that will also change very shortly with kingfish especially making the most of other baitfish balls seen on the sounder along that southern coast.

The kingfish even had a some sleep-ins last week, but that tidal increase should fire them up more, time to get your tackle primed and ready for these big green machines.

For Wave Dancer Charters: Visit www.wavedancer.co.nz to make a booking