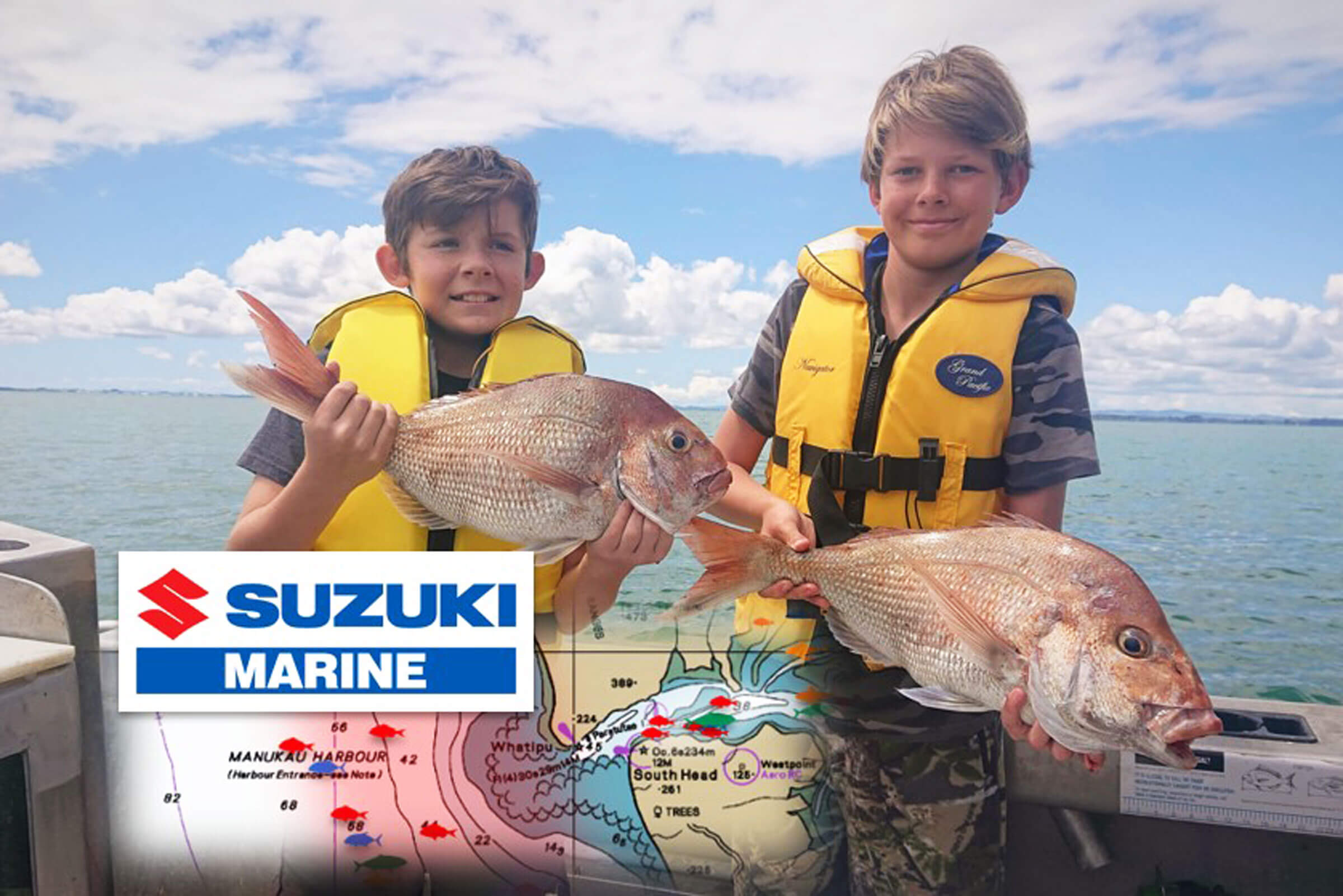 This is the best time to be snapper fishing from off the west coast - Springtime! Water surface temps have risen dramatically over the last couple of weeks. Our go to is 60m but that is not to say other depths aren’t working or that anywhere that happens to be 60m is going to fire. Not straight away at least. When you go all that way it is best to stay a while if the fish aren’t biting. It won’t be long before they show up. I would share my theory on that but my editor says to keep my reports under 10 thousand words.

Suffice to say drop the pick, get some big mullet baits to the bottom and wait. If sharks are a nuisance then move. Otherwise give it an hour. If you really must shift then stay in the 50 to 60m range and rewards will come your way.  There are exceptions of course and we should always keep our minds open when it comes to fishing theories. For instance, a shallow patch of west coast foul will hold big fish throughout the year but those locations are closely guarded secrets.

Hey, you will get fish in the middle ground too and if you want a mix of snapper, gurnard and kahawai then sure, fish between 30 & 40m and you will get some snapper but few big ones at this time of year, however gurnard & kahawai will be fat and plentiful.

It won’t be long before tuna start to show up then striped marlin will be hot on their heels – or fins maybe. A word of advice if you do wish to target tuna is to be prepared for a marlin strike because it does happen.

Meanwhile the harbour is starting to fish well for snapper, trevally and kahawai. Expect gurnard fishing to get harder, but they are still around. As the water starts to warm kingfish will turn up also. Scallops are fat and flounder should be easy pickings if you’re keen to go out into the darkness with a spear.

Some thoughts:  a mate caught 2 x snapper around 25lb last weekend at 60m south of the bar. Another got ‘a bin full’ of 6 to 8lb snapper from 60m the day before. A workmate struggled to get fish at 60m on the following Monday but he didn’t stay put for long. Traditionally springtime produces one or two very big snapper from the harbour, the evening low tides are perfect for targeting those beauties up on the transition of the channels to the banks, stick out a decent straylined bait on a big hook.

Whatever you decide to do, do it well and with a little time you will reap the rewards.