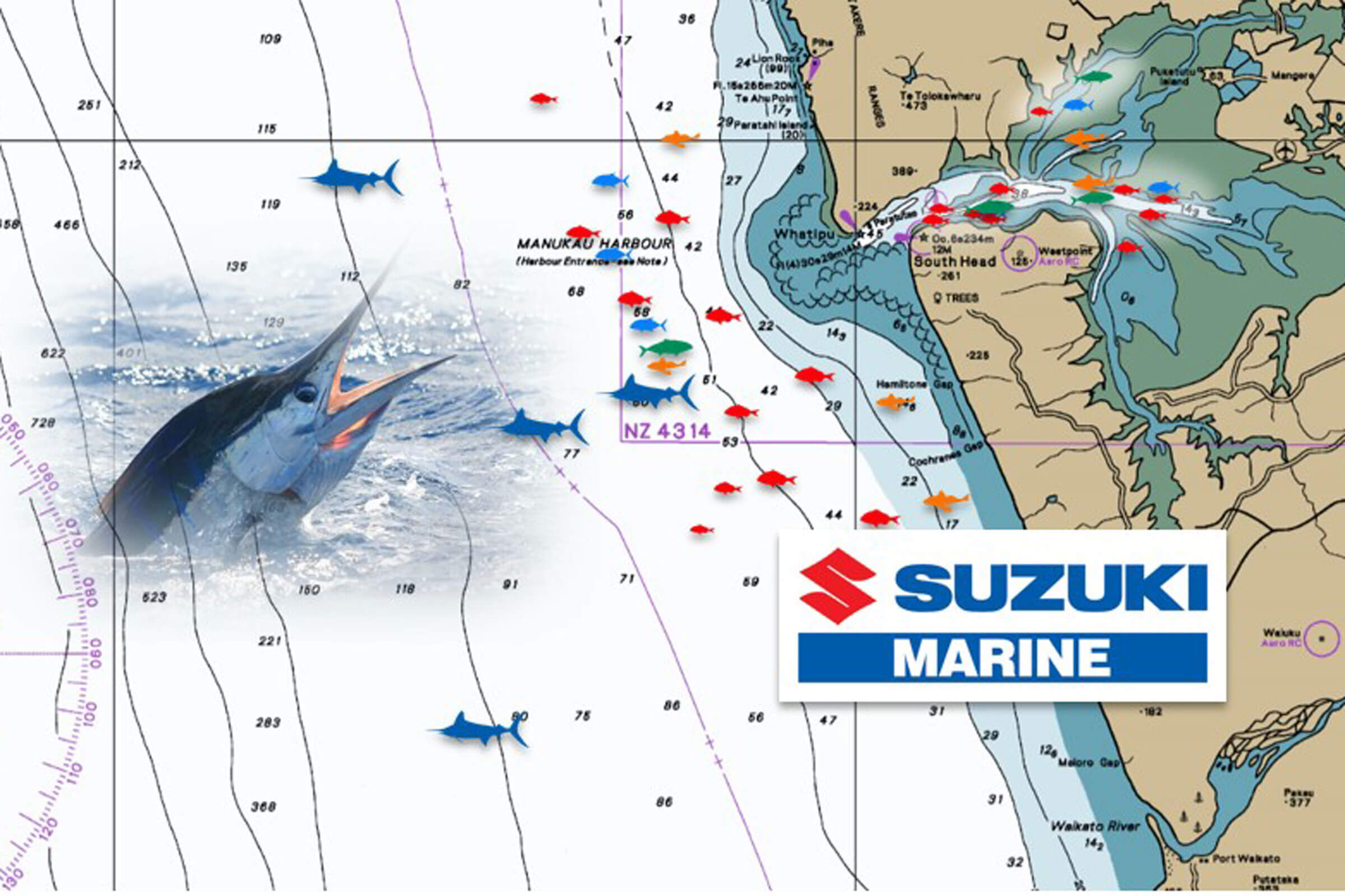 In my twenty years as part of Counties Sport Fishing Club I’ve never seen anything like this. It seems that every day there is a marlin story better than the day before. The year started off with reports of a marlin or two getting tagged & released. The fish were generally small – around the 70 to 80kg mark and most were released so there were only stories. No physical evidence there to make me think something was brewing. But the stories were persistent, multiple hookups of small fish. A few striped marlin started coming into the weigh station and it was becoming apparent that the stories were true. A little bit of rough weather kept boats on front lawns but soon the weather cleared and all of a sudden there were big fish getting weighed and tagged. There were boats coming in without fish for sure but they usually had stories to tell. One boat load of seasoned game fishermen told of how each of their 5 lures were hit without a single hook up. Reports of two caught marlin in a day were getting common place.

Then the stories just got better, A marlin on a PWC, another seen free jumping in 40m,  a 144kg black marlin for a young lady on her first ever time out game fishing, a huge fish (potentially a blue marlin) that charged the boat multiple times before busting off after two hours when the leader struck the motor and a CSFC club member snagging 9 fish already this year (not all from off the Manukau though).

Then to top it all off - a solo fisherman in an FC430 tiller steer open dinghy getting a triple hook up at once off the river bar and landing two of them, the bigger of which pulled the needle down to 122kg. Very, very impressive.

Most of that action has been between 100m & 125m but oddly there appear to be few tuna around – at least in close. Those venturing out further are picking them up in bigger numbers though.

Snapper fishing is still going well although the congregations of big snapper out at 60m have moved around a bit as they focus on feeding up in preparation for the colder months ahead now that they have finished spawning.

My pick for a decent snapper this time of year is to fish in close but beware of large sets coming in. You need to be sure the swell isn’t going to have breaking waves and that you have plenty of anchor warp out when in 15m or less. We’ve had nice fish on soft baits and cut baits and I know of several 20lb fish being caught recently in as close as 10m.

The harbour is fishing well in the shallows, especially from high tide down when straylining baits on the edges of the banks but otherwise it can be patchy. I weighed a 5.2kg fish for a lady angler last weekend and that’s a nice fish indeed. Trevally and kingfish are a common catch for those who know how to target them and there are still a few nice chunky gurnard around.

It’s worth having a look at night on an incoming tide for a flounder or two, a still night, a decent light and a sharp spear are all you need.

Exciting times but remember to play it safe and respect the sea. I want you to be reading my reports for a long time yet but that won’t happen unless you play it safe - especially if you’re crossing the river & harbour bars.