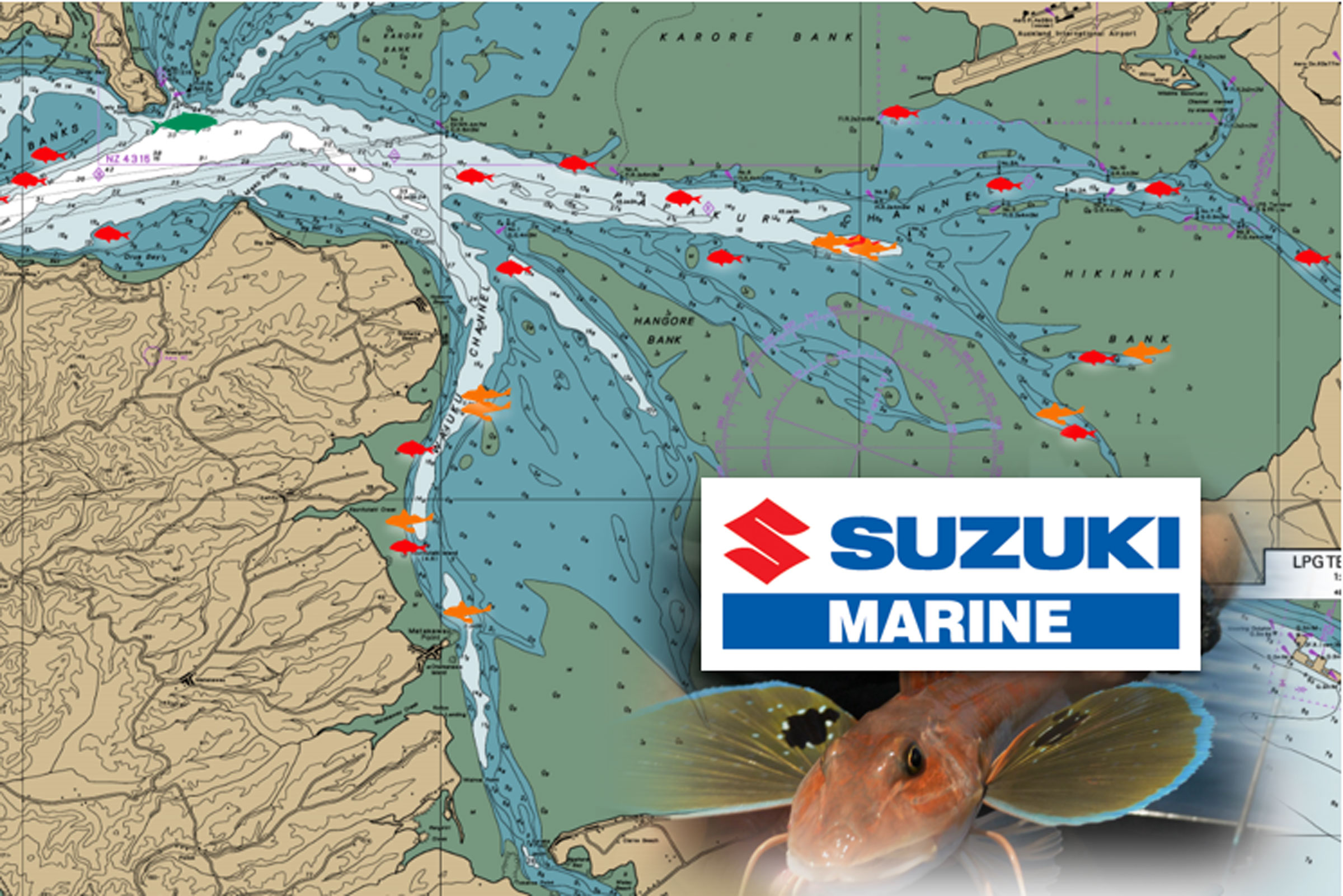 Due to weather conditions! The Grunter Hunter comp has been postponed and moved to SUNDAY JUNE 20th Now.

It’s prime time in the Manukau for the mighty gurnard. A favourite eating fish for many, and a bit of fun to catch as they don’t require too much attention, and you can enjoy a quiet beverage while the rod sits in the holder. Of course, the annual Franklin Hunting and Fishing Grunter Hunter comp is approaching, so a good carrot could end up scoring you $3000 on June the 6th.

Here’s a bit about the comp, and a few rules and regs.

Ticket sales are now available online HERE  or from the Franklin Hunting & Fishing store - see Matt, Chad and the rest of the team for tickets and advice on rigs etc.

First prize is a whopping $3000 and there are prizes to 20th place plus an average weight prize of $500.

5) Weigh in opens at 3.00pm Anglers must be in the weigh in queue at the Te Toro Green Shed by 4.00pm on the day of the competition – no exceptions

7) There will be no drawn prizes apart from Spot prizes. EG no 20th place fish – no prize drawn

8) Spot Prize winners must be present to claim prizes

10) Only one gurnard may be weighed per angler. If two fish the same weight are weighed then the first of those fish weighed will be deemed to be the heaviest

11) There will be no alcohol sales at the venue

13) There will be no ticket sales on the day

14) Safety is every skipper’s responsibility

Gurnard are plentiful in the harbour right now and they are in prime condition. Fish the edges of the channels, either where the channel starts to rise up onto the banks or on the banks where it starts to drop away into the channel.

Gurnard will readily attack lures, and nice flowery kaburas and inchiku style jigs dragged along the bottom will often entice gurnard to bite.

They also happily devour soft baits and smaller jigs, but with murky water or racing currents in the Manukau, it’s often bait that does the damage.

Fish bait such as trevally or fresh kahawai etc, often seems to outfish squid for some reason.

Often flasher rigs with flouro beads baited up will be the way to go, but a simple dropper or running rig is perfectly fishable.

When fishing the flasher, there have been some good results in strong current by rigging a big sinker running on the main line, and baited flashers flowing out behind this, pinning the baits harder to the bottom.

Here’s a few tips and tricks for targeting the winged wigglers from renown gurnard guru Michael Parker AKA Smudge.

You can use a strayline rig and/or a dropper rig with good results for gurnard fishing.

Generally, I keep my baits small but bigger baits can work well especially for the bigger fish.

My preference for bait in no particular order are kahawai, mullet & skipjack tuna (bonito).

It pays to take a selection as they can be fussy one day and at other times, they will take anything.

The same tactics work very well for trevally also and there are plenty of those in the harbour too. Snapper are still being caught and are of a good size if you can find them. I generally fish deeper water for snapper at this time of year but they can certainly be caught in the shallows too.

The coast is still fishing well and as usual at this time of year sharks can be an issue.

It’s not really a good idea to be using skinny line when they are about or you will be sorting out tangles all day long.

Torpedo fishermen are doing particularly well when the swell is small, with fish up to 8kg being caught.

June and July are generally the best times to target those fish with a torpedo or kite.

While many people have put their fishing gear in to storage for the winter, fishing the Manukau harbour right through to late in July is still a great time for fishing.

The gurnard are big, the snapper are big and the weather is generally settled enough to get out in reasonable conditions with a good feed.

Good luck out there and see you at the comp.