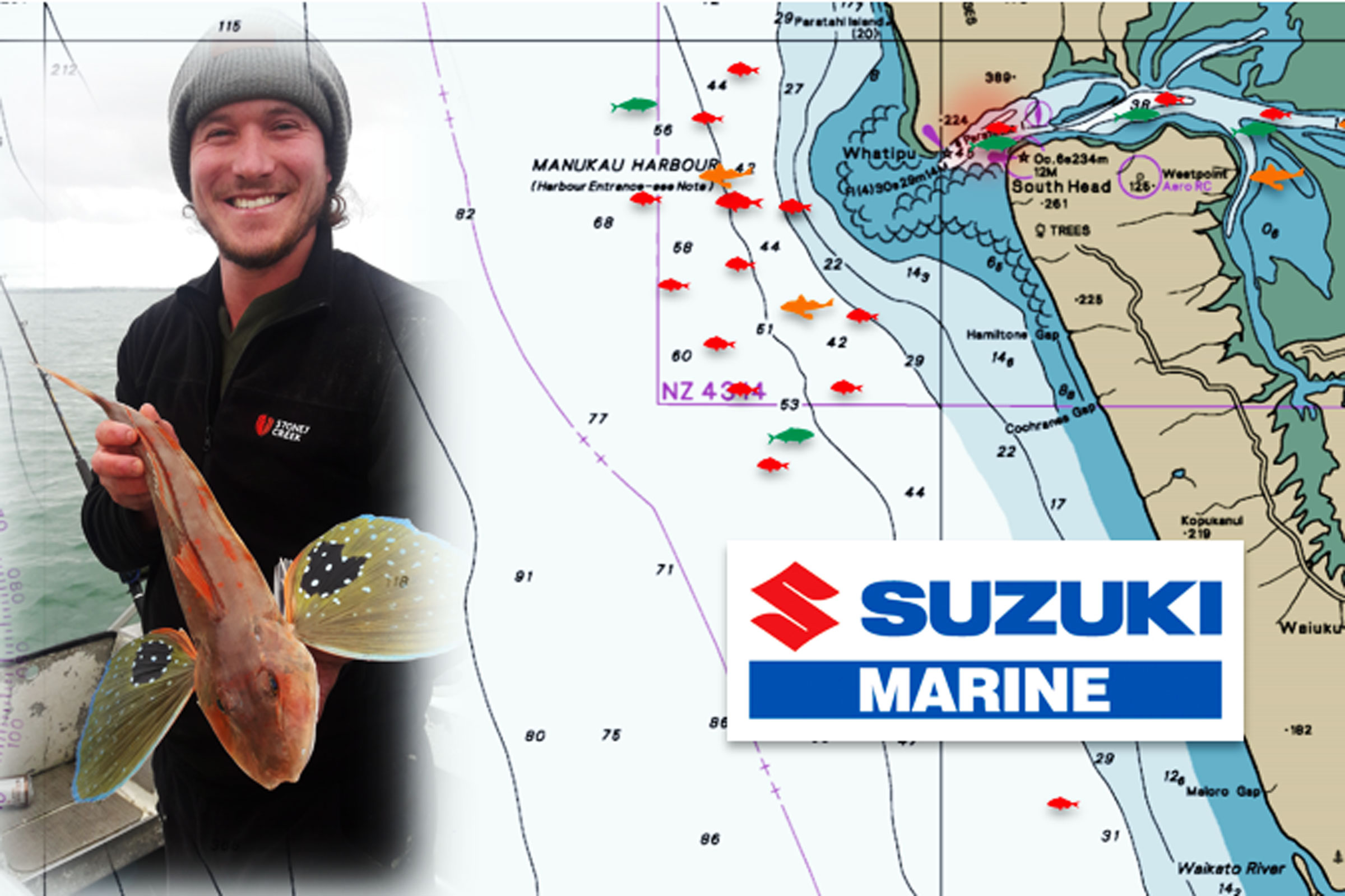 The Counties Sport Fishing Club’s Grunter Hunter comp wrapped up last month after a delayed start, and the weather was still all over the place in the lead up to the event. That’s not unusual for this time of the year but as it turned out the conditions on the day were fabulous. The secret to winter fishing is to have your boat and gear ready to go when the opportunity presents itself, as you generally get fewer windows because of the weather.

There were plenty of gurnard caught and mostly they were in very good condition, with the winning fish weighing 1.29kg.

My best fish was a little under 1kg and didn’t make the top 20, so the quality of the fish at the moment is quite high.

All we caught were gurnard, kahawai and a spotted dog fish but other anglers reported catching trevally and snapper in reasonable numbers.

I also know of a big snapper caught in the dark off the shallows from Weymouth during the week, so there are still some big snapper around. While the angler didn’t measure or weigh that fish from the picture it looked well over 5kg.

The west coast is also fishing well and the 30 to 40m mark appears to have the best fishing but I’m guessing that certain areas will produce some good solid winter fish in much closer than that.

The biggest hassle at this time of year is avoiding the spiny dogfish.  If you do catch one be very careful as they will wrap around your arm and jab you with the nasty spikes they have hiding on their dorsal fins. I am told it is an extremely painful injury.

The entire west coast of the North Island is known by Fisheries NZ as SNA 8.

There is a report from Fisheries NZ about snapper stocks in SNA 8 and it basically says the area can sustain much higher fishing pressure that it currently gets.

Commercial fishers are lobbying for an increase in TACC  (total allowable commercial catch) of up to 100%. That would mean they would double their current catch.

They are particularly keen to take more snapper because they currently can’t catch their quota of other species because of the significant snapper by catch. So not only will they take many more snapper, they will also double their take of gurnard, trevally, John dory and kahawai. That’s a lot of fish to take out of the ocean

Our club has taken a proactive approach and have asked LegaSea to talk to us about what this all means to us and what we can do. LegaSea are an organisation dedicated to looking after recreational anglers and the fishing resources of New Zealand. Very good people!

If you want to help support them, click HERE and put your money where your mouth is for the good of all us recreational anglers.

Stay safe in the cold months ahead.