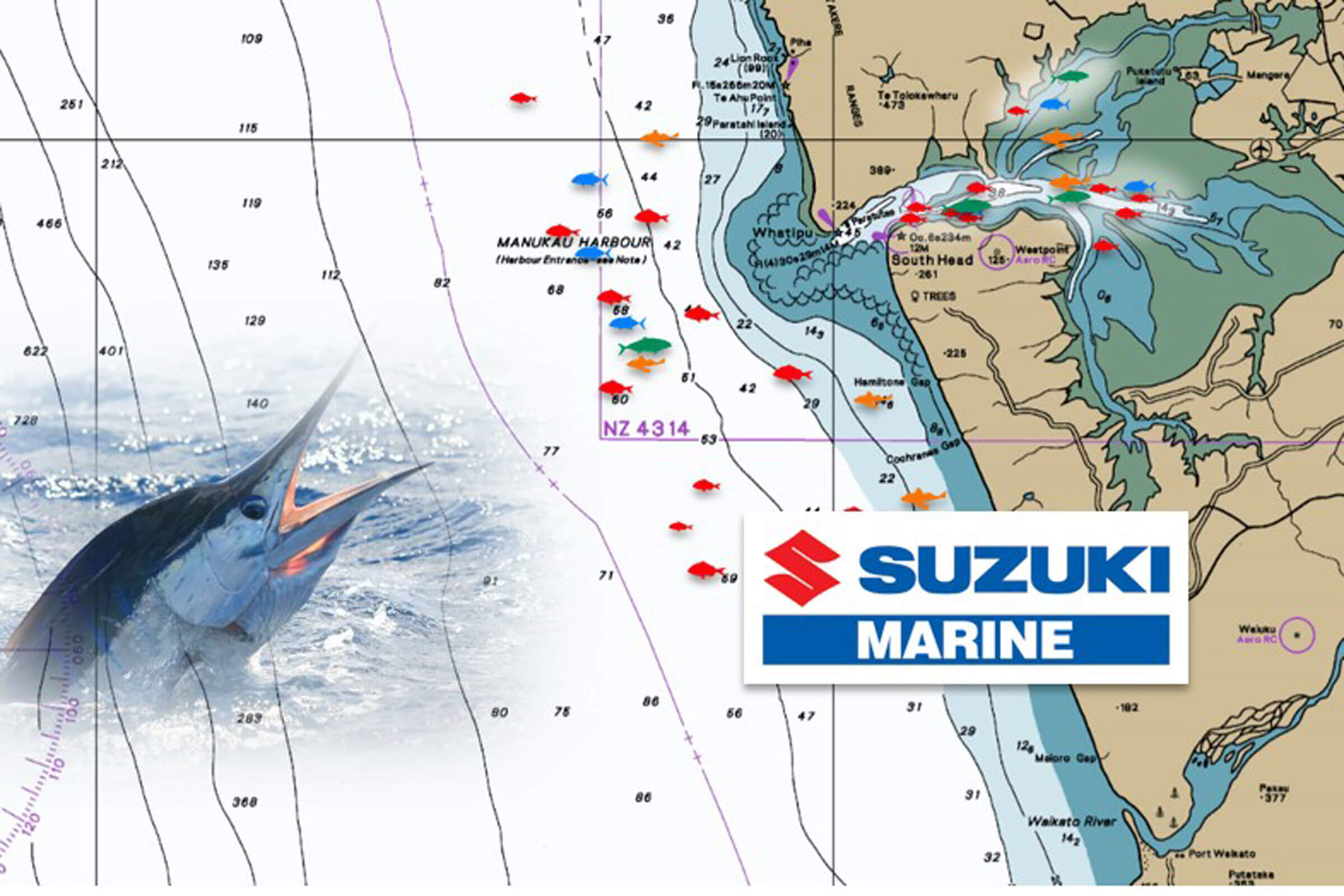 For me one of the most important factors when fishing the harbour – apart from the weather of course – are the tides. At this time of the year, they become even more important as the long days allow you to capitalise on the low evening tides as described below. Understanding tides is very important from both a safety and convenience point of view and also to help improve on our fishing success.

Big tides occur around the new moon and again 2 weeks later on the full moon. They also happen to be full around midday for Auckland’s west coast.

That means low tide will be in the early morning and early evening. Big tides are notoriously hard to fish in the Manukau. Not only are the currents extreme - making it hard to keep your baits on the bottom.

You can try fishing in shallow water but the fish just don’t seem to be interested. The answer is to fish the low tides in the evening, especially in the shallows and 2m is not too shallow. Limit catches of solid snapper aren’t unusual especially if casting very lightly baits behind the boat as snapper like the security that low light offers them as they hunt over the banks which are home to shellfish, crabs, shrimps, small fish and many other tasty creatures.

Mid-sized tides are much more productive during the day and you can expect snapper, kahawai, trevally and kingfish if you use the right techniques. Straylines work well in shallow water and two hook dropper rigs are best in deeper water.

Big 8/0 recurve hooks will minimise the number of pesky little snapper getting caught and when they do at least they won’t have swallowed the hooks. Keep your baits streamlined so they don’t spin in the current and your chances of catching bigger fish are hugely improved.

The edges of the channels where they start to rise are where you will find snapper and maybe the occasional gurnard and areas such as scallop beds will hold trevally. Kahawai will turn up anywhere especially if you put some surface burley out.

Kingfish like to cruise around the channel edges too and not necessarily in the deep. A nose hooked live bait fished down on the bottom will work a treat.

Out off the coast most people will be wanting to target snapper but they may be a little harder to find than they were in spring. They will be spread out more and will be found in most depths but out deep in 50 to 60m should still be producing reliably. While light gear is fun, if sharks and kahawai turn up you may find heavier gear will cause you less frustration.

Keep an eye out for bird life if you’re in deeper water, any sign of fish busting up on the surface is a sure sign the tuna are in town.

Skipjack and albacore are great to catch and trolling small tuna lures around at 6 to 8 knots can be a lot of fun. Rig them up with a good length of 60 to 100lb trace a good quality swivel and a small game hook. If you haven’t tried tuna fishing before it’s probably best to buy a couple of pre tied lures. You can use your snapper gear but make sure the clicker is engaged and the drag is set light!

I wrote this report on Thursday 17 and the swell predictions for the next four days are as good as I’ve seen. I’m sure there will be marlin caught in that time and I’m confident I’ll get a call to weigh at least one for some lucky angler.

With the weather not allowing anyone out for sometime it’s hard to pick where tuna and marlin will be but sea surface temperature charts will give you a clue. You will need to subscribe to these but charts such as Ocean SST Maps are an invaluable resource.

Chances are the fish will be out wide now but as summer progresses you will find them in much closer.

I wish you a Merry Xmas & Happy New Year.