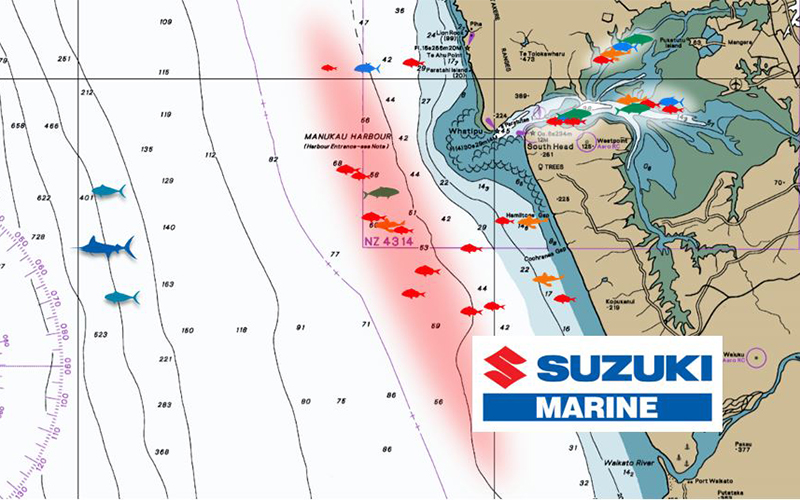 It’s been a while since my last report and things have certainly changed. The harbour has been quite variable which is not unusual for this time of year. There are some good snapper, trevally and gurnard around for sure but often you will need to work for them. The big news though is that there are lots of kingfish around. Jigging the channel edges in 20 to 30m is working as are drifted live baits. A nose hooked live Jack mackerel fished on the bottom in 5 to 10m will also produce the goods while you’re fishing for snapper.

Scallop beds have moved but when you find them you will be rewarded with some very fat and tasty things. Over the next few days while the moon is more or less full, the best time to target fish is in the evenings as the tide is coming in. Pick an area where the water flows up onto the banks and cast straylined baits into the shallows.

For those who don’t understand the significance of the full moon I’ll share some stuff. The full moon and the days around it produce the biggest tides of the month. The biggest tides also result in the smallest low tides – the further in the water comes, the further out it goes! Another interesting fact is that the full moon rises at around the same time every evening month after month, which means that the tides likewise follow a similar pattern. On a full moon the high tide occurs around midday for the Manukau harbour. Therefore, the low tide will be six hours later and that is a very good time to fish the shallows:  the combination of falling light levels and a rapidly advancing tide give fish the confidence to hunt the food rich banks in relative safety.

Meanwhile out over the coast, snapper catches have been amazing. Big catches with plenty of big fish too but right now the action is easing off as they will now be spawning. There will certainly be some quiet days but there aren’t only snapper in the sea. Even if they are your target, it’s still well worth the effort to head out for a day’s fishing. Keep a close eye on the sounder as you may well find bait schools, quite possibly with birds working the area also. Kingfish are likely to be the predators herding the baitfish up. Bottom sign is likely to be snapper.

Tuna boats are congregating at Onehunga and those boys don’t go fishing in the rough hope they will catch something. The tuna will be here and there will be marlin with them. While you may find small tuna schools in close the bigger schools will be out wide. Don’t venture out to 400m or more though unless you are very well equipped. If you need to read my fishing report to learn there are big tuna schools way out there at this time of year then you most likely aren’t prepared or geared up for a trip like that 

The first west coast marlin of the summer will most likely be caught this side of Christmas if not this very weekend. Exciting eh!

Take care and stay safe on the water, I despair hearing about unprepared fishermen coming to grief.