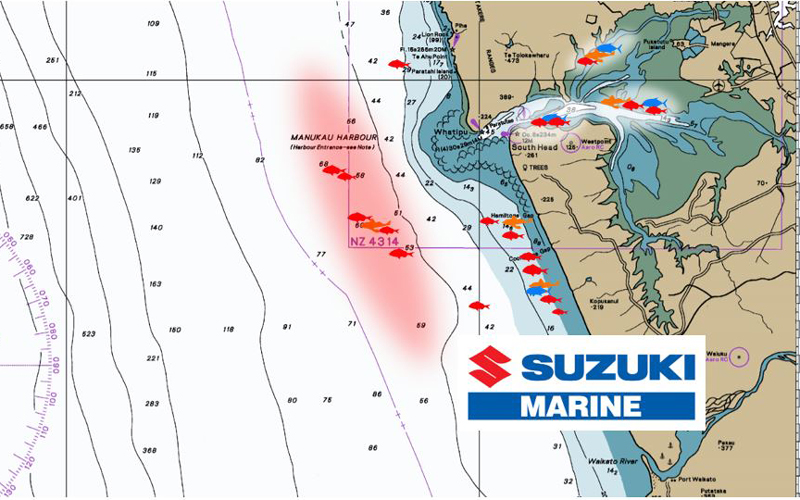 I want to clear a few things up here. There’s nothing special about what I do, there are plenty of others that do every bit as well when it comes to catching fish. Most don’t write it up, that’s my job.

I want to clear a few things up here.

Yes, I know how to fish the harbour and I certainly do ok on the west coast too.

There’s nothing special about what I do, there are plenty of others that do every bit as well when it comes to catching fish. Most don’t write it up, that’s my job.

I do my fair share of fishing and my regular crew and I do more than ok. My crew is usually my son Arron and my mate Skoti, or maybe Neil, or Gumboot, or Shane, or … well you get the idea. Some are very skilled, mostly we just love to go fishing. Nothing more than that really.

I don’t always get to fish every weekend of course so I sometimes have to rely on others to give me some up to date information. I only rely on info for my reports from people I can trust and believe me there are plenty of people out there who have a lot of knowledge.

Now it has been 3 weeks since I’ve been out and then we did very well aboard ‘Out West’. That time the fish were in what I refer to as ‘winter mode’. Soft tentative bites and while we could have easily kept a limit catch of snapper within two or three hours, things have certainly improved since then.

How does fishing improve on that? Well the fish are bigger and hungrier and you truly can get home after an hour of fishing. Here are what my friends have to say from last weekend:

Shane & Skoti on board Out West:  Plenty of fish to 12lb straight out from the Manukau Bar in 60m.

Local legends Wayne & Lyall Ashby aboard Wet Sue:  An hour or two to catch our limit for each of three days (it’s ok - don’t panic, these guys were fishing not only for themselves but to provide for a tangi). Wayne and Lyall got at least one 20lb’er and were fishing between 45 and 57 m off the river bar. Wayne’s advice was to up anchor and move if you get sharks, it doesn’t matter where you move, just do it! I happen to agree 100%.

Mark aboard Perky’s 2:  straight out from the bar in 60m, limit catch in an hour for 4 fishermen and two ten keggers released to fight again.


Lemmy: beach launched off Karioitahi in his little Stabi with a couple of mates. Sixteen snaps and 3 gurnard all caught from 10m or so right behind the breakers, back in a very short time.

Now these guys don’t necessarily post their exploits all over social media but they know their stuff. I try to get as much from guys like these to call on as well as my own experiences so I can provide a balanced view of what is happening out on the water. Then there’s this young guy I work with, I’ll call him Ryan because that’s his name:  we got our limit! I got my PB (personal best) a 71cm snap, right out in front of the bar in 57m.

Ryan was buzzing and it’s always cool to hear those stories.

So how is the harbour fishing Smudge? Really well actually.

Some horse sized snapper, great trevally, gurnard and kahawai too. Kingfish aren’t far away and don’t forget to fish the shallows on an incoming tide.

I’ve found the edges of the Parakau Channel to be fishing very well over the last few years, that’s my pick for a good catch.

Scallops aren’t easy to find but they are in good nick.

Take care out there and don’t let the big fish stories cloud your judgment on where and when to fish. Remember to wear your life jacket :-) !