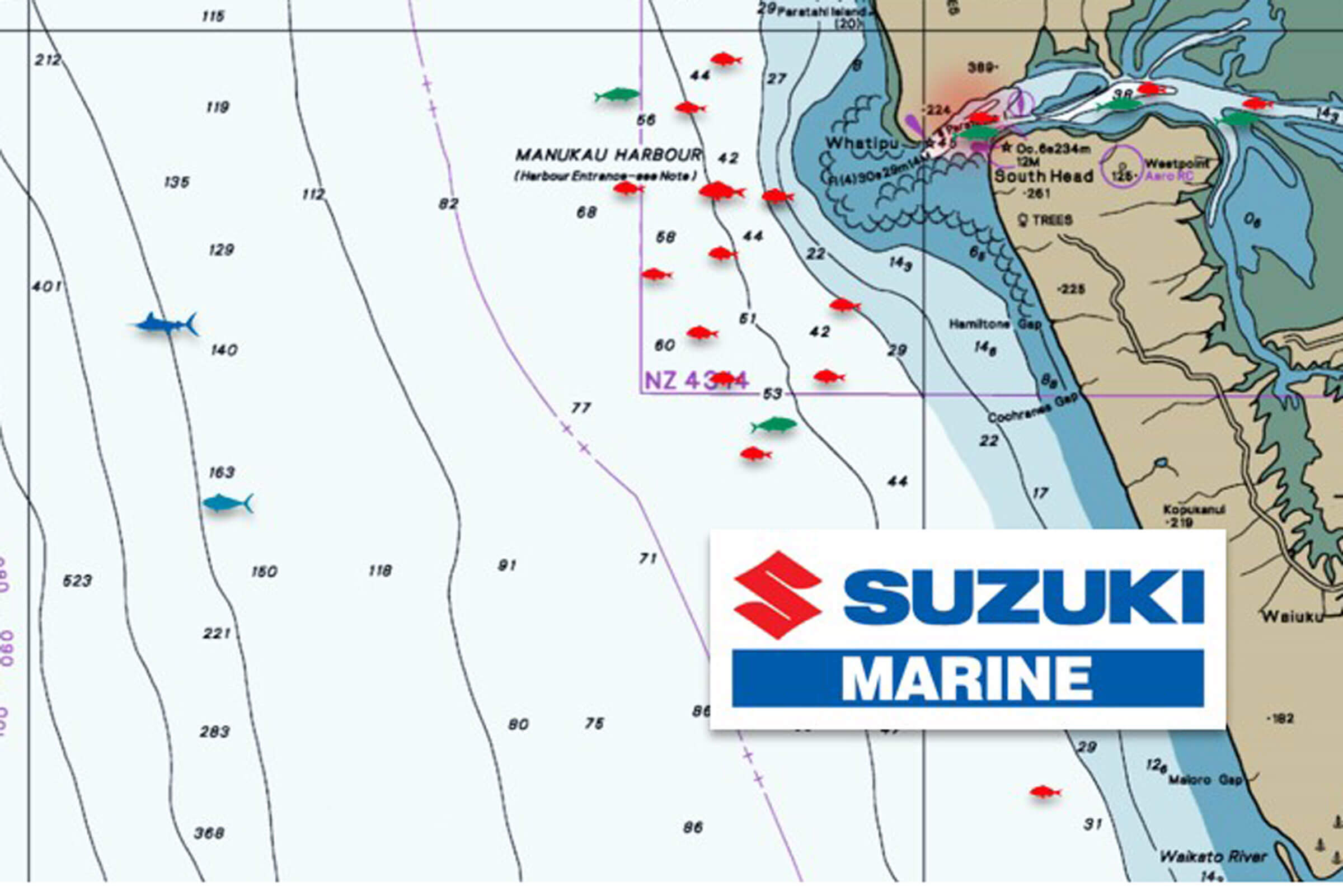 Right now, the west coast is fishing really well for snapper. Last Saturday we fished at 55m and apart from two gurnard we only caught snapper. One after another. Using light gear and a slow retrieve we were able to return plenty that were still in great condition and they powered away straight down in to the depths. Two other boats that were out that day fished at 60m for similar results and went out again a day or two later. Their second time out on the same spots they fished earlier didn’t reap the same rewards but when they moved in closer, they were on again. Their best result came from 45m, so there is no magic depth that always works.

As we get into summer the fish will move in closer and be more spread out. They are also likely to be a little quiet for 3 or four weeks once we get to mid December as they start to spawn but there will still be good fish around.

Interestingly a local boat ‘Atiu Lady’ caught a large tarakihi at 60m a couple of weeks ago. I’ve known them to be caught out there before and if I ever see it again, I’ll be saving that spot as a waypoint. Tarakihi usually hang out in very specific locations near structure so it is likely there is something in that area that will be holding those fish there.

Thanks for the heads up guys and I appreciate the kind feedback!

With the surface water temperature around 20 degrees it won’t be long before tuna and marlin start to show up, initially out deep but before we know it those big pelagics will be cruising around where right now we are catching snapper.

Recently there was a recall of trevally dinners by a home delivery meal company after a few people got food poisoning. The condition they had was histamine or scombroid poisoning.

It happens as a result of eating certain fish that haven’t been cooled properly after capture.  Those fish include tuna, mackerel, kingfish, kahawai and marlin. When it comes to keeping fish in prime condition – especially at this time of year – there is no substitute for ice.

We take lots of it. On our last mission we took about 40kg of the cold stuff but it is worth it when it comes to eating quality.

In the harbour, fishing has been pretty slow to be fair. Trevally are still going strong and there are a few good gurnard still hanging in there. Snapper are proving to be a little fickle however. Kingfish are starting to appear here and there and it won’t be long before there are plenty more in the harbour.

Scallops are in good condition and a straylined bait of pilchard cube, squid or shellfish on a small hook fished over the scallop beds is a great way to pick up a few trevally. Keep your baits small to increase your catch of target species and to keep the stingray by catch to a minimum.

Make the most of the good weather and take care out on the water.