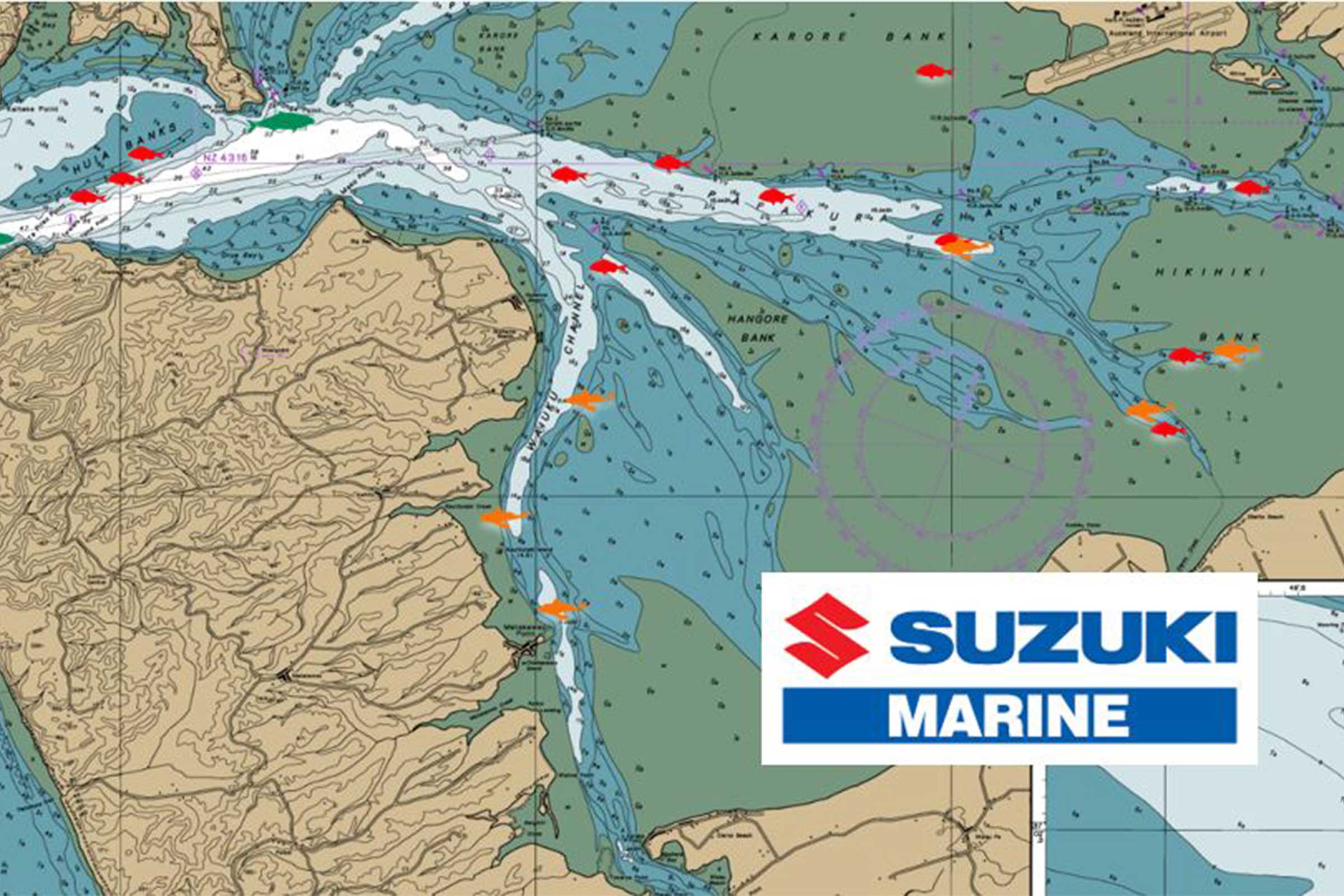 Ed note: A south-west swell of up to 2 metres this weekend is going to make it pretty nasty heading out over the bar, so it may be a better option to stay in the harbour or hit the east coast wide if chasing game fish. Later in the week around Thursday is looking much better even if that’s not playing ball with public holidays. We had some reports of good snapper in quite shallow in the harbour taking soft baits in the brighter orange colours only yesterday. A couple of fish up to 50cm so not too bad at all. Here’s a brief update from Smudge for all those thinking of heading west this weekend.

I’ve just got home after fishing day one of the three day Counties Classic comp. with almost $100k up for grabs it is worth putting some time in.

We had a great plan but that plan didn’t quite work for us. We caught snapper to around 1.5kg in the Papakura Channel. Less that a kilometer away a 4kg jobbie was caught.

So we tried for a kingfish. All we caught was a whiff of a dead cow on the beach.

We tried for trevally and although we dipped out, a very respectful 2,57kg fish was caught and that took out the trev prizes for the day.

The only fish to beat the harbour categories was a striped marlin which out on a rough day was no mean feat!

So there you have it. The harbour is rather hard to fish at the moment but there are good fish there. It just requires a little patience. While those of us who persevered in the harbour today found it a little tough, we still managed some decent fish.

There is a lesson there – deeper is not always better & sometimes the fish are closer than you think!

A couple more weeks will most likely see a huge improvement in the harbour and right now it’s not too shabby at all.