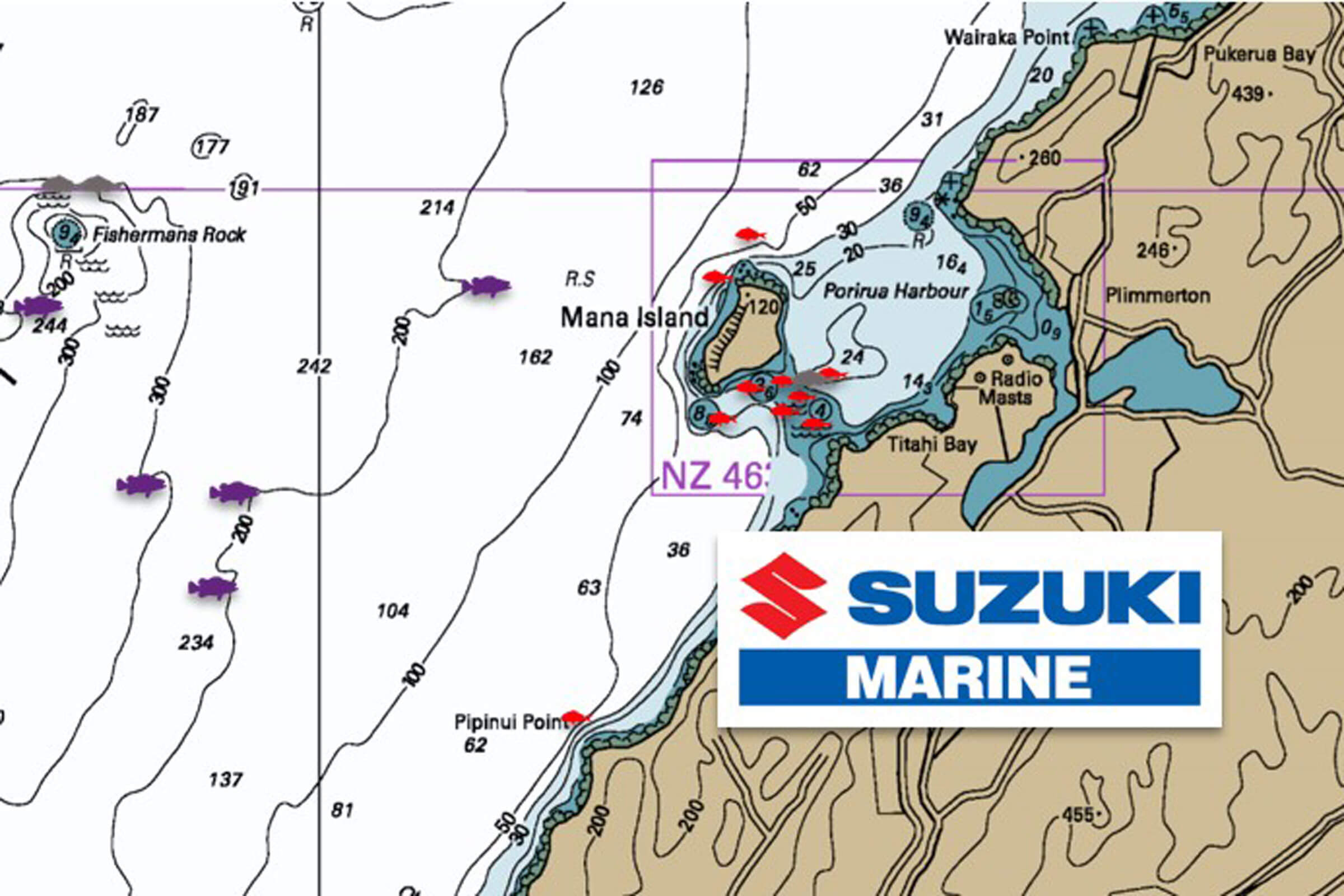 Good news is that the snapper have arrived back at mana in big numbers. Although it has been very difficult to get out in the wind of late, when you can, it’s been pretty rewarding. From famine to feast, the snapper appear to be everywhere at the moment and are also quite easy to catch. We’ve caught a lot of nice fish even on half-day trips in the last few weeks. We’ve predominantly been fishing the Bridge, where we can get a little more shelter in the northerlies.

If you’re unfamiliar with the Bridge, it’s an area of rise and foul that runs between Titahi Bay and Mana.  It comes up to as shallow as six metres and drops off to twenty, and it’s about 500 metres wide, providing good foul ground to shelter food, terrain to create good current vortexes and it can hold a lot of fish.

A nice plate favorite making a few appearances are the john dory, that often jump on smaller fish hooked on dropper rigs.

Although you can anchor up and berley right on top of the system, it’s often best to fish off the banks where it drops down either side.  Turn of the tide can see some amazing action including snapper, trevs, and kingfish.

The only caviat is that it can be difficult to fish when current is running at full steam, so catching it in the hours either side of the tides is best bet, and at the moment you are virtually guaranteed a good bag if you are fishing the right way.

Snapper will also be running in all the other popular areas up and down the coast, they have just been protected by the conditions stopping us getting out there and having a crack most days recently.

There’s some good weather patterns approaching for next week, so it’s going to be all on I’d say.

Surfcasters have been getting a few good five to six kilo snapper off flat rock, and there have been plenty of kingfish caught off the rocks around Evans Bay and Oriental Parade in the last week.

Moki are still a prime target for surf casters around the south coast with plenty of good specimens being landed.

Out wide puka are still firing big-time, and out at the Trench, in the first fishable day in a while, there were a few bluenose up to 12 kilos landed out there.

Also out wide off Ohau Point in around 300 metres, look for sign in the widespread foul ground. It can be a good place to plug in your electric reels and hit the deep.

Kapiti has been a real struggle to access but there are good snapper there now, and when the conditions allow we expect Kapiti will provide a great opportunity to nab some bigger fish.

The deep areas of foul all around Kapiti lend themselves well to fishing slow jigs, particularly at this time of year when the water temps get the fish a bit more active.

We usually fish the south end simply for convenience as it’s a bit of a steam, and anything from 20 to sixty metres plus over structure or sand seems to produce snapper, gurnard, blue cod, trevally and terakihi.

The channel north of Kapiti in 30 – 50 metres is also a good spot if you can identify fish on the sounder and get into them.

Makara is also going well when the bite is on if you are prepared to make the effort to get there from mana, but often well worth it as the fishing is usually pretty consistent there especially coming into summer.