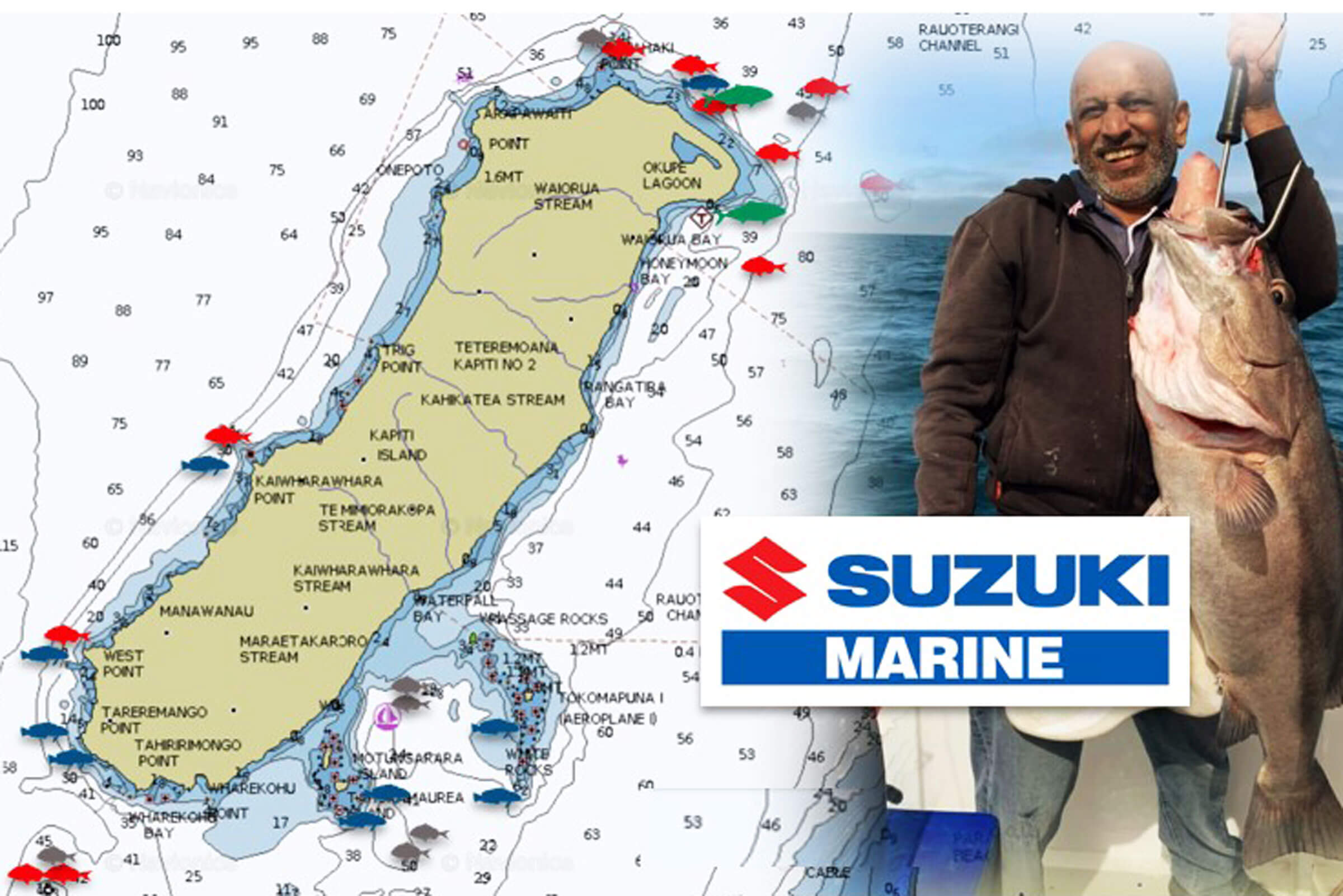 We’re seeing red hot snapper fishing, land based from Paikakariki and Raumati. Big fish and big numbers (caught last two hours leading to low tide at night). If you have a look along the beach at low tide see the channels and guts and holes where fish have been feeding and will hold, so mark your location and then fish it during high tide, particularly at night. Night is when the big success has been happening as the good fish come in under cover of darkness. Mana boat ramp between the two bridges surfcasters caught several really nice snapper again at night. You’ll often get good moki in there too. school snapper in the Porirua harbour entrance , and at this time of the year you can start to get kingies and bigger snapper moving in.

Boat fishing has been a bit up and down with the weather.  Big southerly blows closing down the fishing for a while, but it’s all starting to fire up again now with the northerly flow.

Snapper appear to have come back on strong everywhere again, the harbour, west and south coasts, in close and out wider, so choose whichever way you like to target this species and you’ve got a great opportunity this week.

Some of the kayak guys are landing stunning fish in close to the reef and foul as well.

The Trench is producing a few nice bluenose currently, but puka seem to have been a bit harder.  Anywhere from 150 – 180 metres is a good place to start prospecting, but going further and getting down to 250 plus has produced some bigger fish.

There's a great spot off Baring Head we call ‘bluenose heaven’ that seems to produce well for the people we send there.  Come on into the shop for a chat and we can help you out there.

We’ve had a lot of earthquakes recently, and I suspect that may put the fish off, as it always seems to be this way when the shakes are real local.

The south coast has just become nice and clean over the last few days so it’s perfect for moki and general fishing now.

Kapiti has fished really consistently well for snapper and kingies.  We had the spear fishing champs out there last week and the water was only 14 degrees, but it’s come up a bit again and there is plenty of good fishing to be had.

The forecast really suits Kapiti for the next week straight at this stage, so it’s well worth taking the opening and giving it a good look.

There’s albacore off the back of Kapiti and back towards Mana too.

Ngawi has fished well, even though weather put the handicap on last weeks tournament there are good catches of terakihi, trumpeter, snapper, and monster cod to be had out there.

Weather looks good for the next few days with not much swell or wind by Wellington standards, so the opportunity is there to target whatever your favourite species is pretty much anywhere.