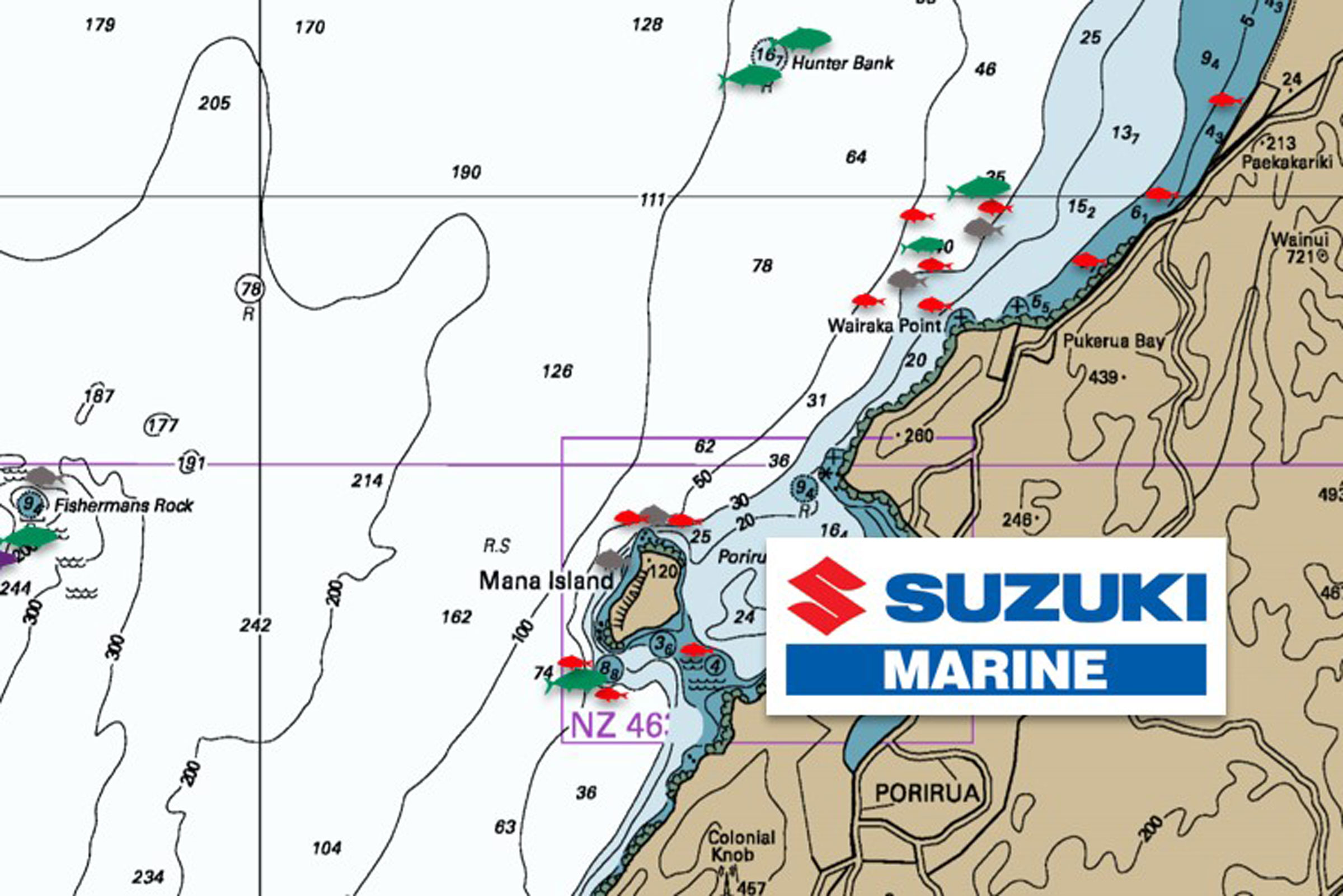 Kapiti has been fishing pretty well lately. I wouldn’t go so far as to say red hot, but good snapper fishing, some nice kingies, and albacore out wide are all on the cards at the moment. There are even a few skippies around at the moment, we’ve seen them jumping out around the 200 metre mark when we were out the back of Mana looking for hapuka, so you might pick up the odd one if you’re out there targeting albies. Generally fishing has been good out from Waikanai, and Pekapeka, with fish holding between the 30 to 50 metre mark. Surf casters out here have reported some really good catches, but these guys tend to be pretty hard core and fish sometimes through the night, when the fish move in to feed under cover.

There are always holes and pockets where the fish feed, and you may be able to pick them up at any time, whether it be on an incoming or outgoing tide.  Learning to read the beach is going to give you a better chance at good results.

Sometimes checking out the location at dead low tide will give you some clues as to where the guts are, and even sign where snapper have been feeding and stirring up the seafloor.

Here’s a couple of pointers on reading beaches:

Still, this is some of the best snapper fishing I’ve ever seen in Wellington, which is a good sign that this fishery is on the increase.

For surf casting, between Paikakariki and Raumati seems to be the hot area for snapper, for good numbers and good-sized fish, up to 15 pounds.

It’s quite a big reef that covers a couple of kilometres, and you’ll find on the 30 and 50 metre contour line there’s a ridge about 2.4 kilometres off Wairaka Point.  It’s not on a map but if you zoom in on a Navionics map or use your sounder it’s apparent.

Anchoring up and getting a berley pot down there is the way to fire up the fishing. The rise is kind of like a mini-version of Hunter’s Bank, and in fact, it’s often a better bet when the weather is not being nice.

You can also get some really good kingies here, even on jigs whilst still at anchor, and a live bait is always good to get down if you have any.  A nice mackerel might get you a kingy, or a decent snapper, but if you are just after kings a kahawai will do the job if that’s all you can get.

The other place that is also under-rated for kingfish is the south end of Mana.  There are a lot of good fish there and you can even pick them up on normal baits.  But a concerted effort with specialist kingy gear like mechanical jigs or livies will stand a good chance of picking you up a decent fish.

They will hold anywhere from twenty, down to a hundred metres, so there’s plenty of good foul ground to explore.

Because it’s so close, this area often gets bypassed in search of wider ‘tiger country’, but it can be very productive if you strike the right conditions and have a good approach.

The tides can make it quite hard to fish when they are running, but remember, it’s often running water that creates feeding patterns, especially for kingfish and snapper, so sometimes you have to work with the water conditions.  As the tidal flow slows a bit either side of slack, there are good opportunities to make the most of the areas that are commonly unfishable.

Generally, the west coast has been fishing relatively consistently, even though you often have to be patient and work for it.  Makara, Boom, and all down the coast towards Ohau has provided decent catches of snapper, cod, gurnard, terakihi, john dory and trevs.

Vern’s reef has been producing some good trevs too, and recently it’s been fishing really well for terakihi.  It’s pretty well known and gets a lot of pressure, but still seems to produce good fishing.

The south coast has been a bit punished by the winds, putting the swell up and making fishing generally difficult from both boat and shore.

So, getting out wider to the Trench etc has really been mostly for the brave hearted.  There are the usual bluey’s, bass and puka being caught, but the weather looks pretty marginal for out there over the next week or so.