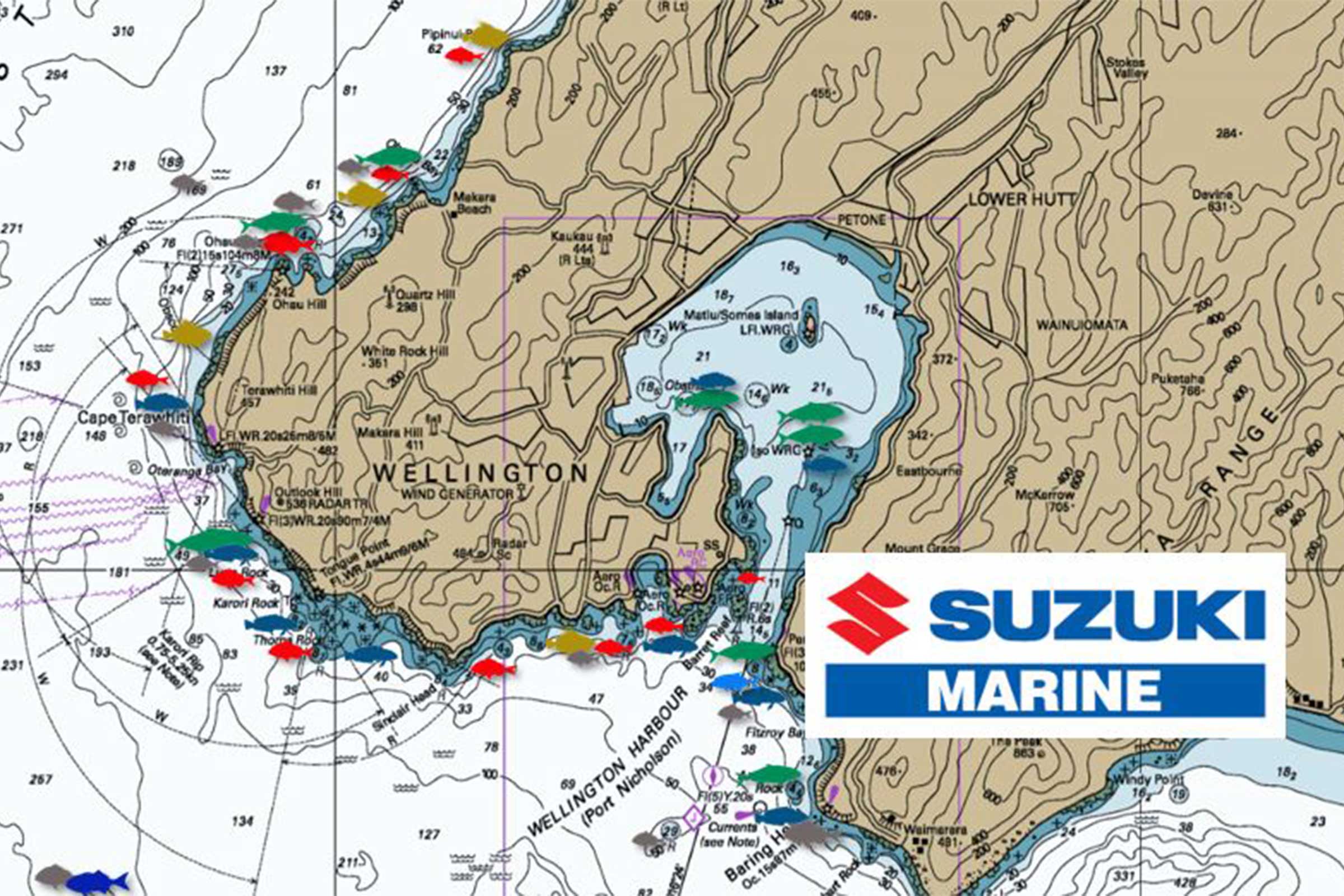 Into summer now and it’s 17.5 degrees warm in the water. That means fish get active and we are seeing plenty of that. Heaps of snapper and kings in all usual haunts you would expect to find them. That is, where they are usually supposed to be, but often are not, they are now  Weather always up and down but fishing pretty good when you can get out as per usual.

We have a young customer who is a keen jigger, and to be keen on mechanical jigging you generally want to at least feel young, and he caught a 30kg specimen last week.  That’s a lot of kingy and must have gone pretty good.  They generally fight harder on a jig, perhaps it’s the lead rod banging about their head, but 65 pounds in the old books is a bloody good fish anywhere.

Snapper wise, good numbers all down the west coast moving in nice and close now.  If you are doing most things right, you should be into snapper all the way from Ohau up to Waikanae coast.

That will please the surf casters who have been getting a few good early season moochers between Waikanai and Te Horo.

It’s been pleasing to see the teri’s turning up again now.  We’ve found them a bit scratchy this year, but now they seem to be back on the bite.

Out wide has been rough conditions wise, but last time we got out the fishing was great.  Puka are around but the bluenose are fishing better, with some great hauls out of the Trench.

South coast has been a winner for snapper with Owhiro performing pretty well and some good fishing also off the airport reef systems.  We have it on good authority that these spots are firing so could well be worth a look over the holidays.

As we predicted the kingies have moved in close and we are now seeing the slide baiters and surf casters hooking and landing some nice fish from shore.

Sunshine Bay, and downtown Oriental Bay seem to be the action stations for this, and the boatie brigade are getting kings in the harbour as well.

There are a lot of juvenile snapper around which is a bit out of the ordinary.  Hopefully this means there are greater numbers spawning and we are in for a bit of a snapper bonanza in the next few years.  Wouldn’t that be nice?

South coast is in good nick with the swell ideally dying down a bit for a few fishing windows.  Try and get clear of the murky water if you can, and move out until you see some decent visibility.

Have a great Christmas break, stay safe and take it easy out there.

Wishing you all the best luck for the Christmas period, and we look forward to bringing you more info next year.  Check our Facebook page or website for store opening, but we are working through so should be there to help.