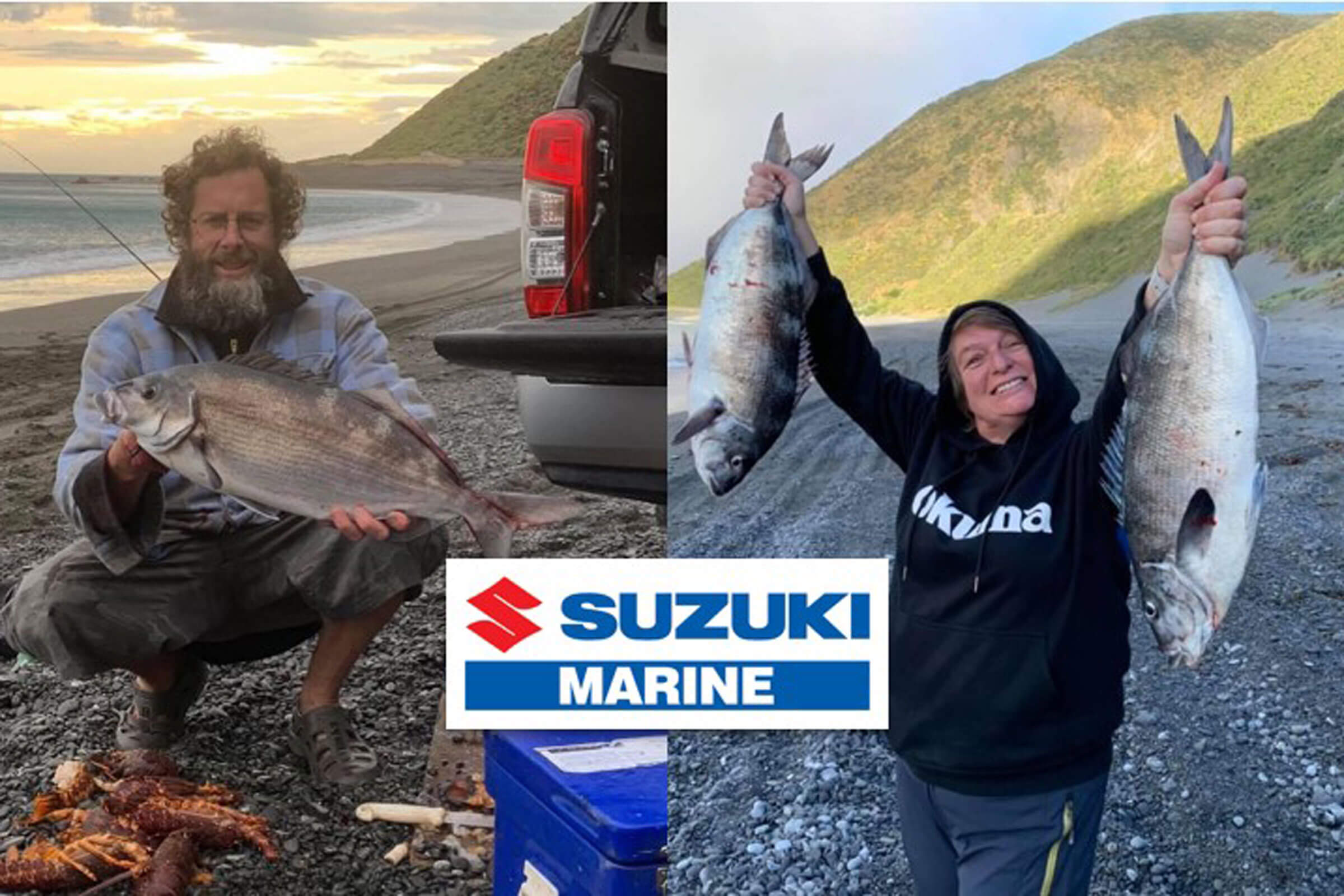 It was firing all over the place last week. There’s plenty of bluenose action out at the Trench. Gemfish and hapuka are also being caught out at the south coast and out towards the Trench, however, they’re a bit quieter out west.

North of Mana is also proving to be quite productive. There’s plenty of tarakihi around in your usual places, that being the 80-100m zone on both coasts.

The snapper fishing has been generally quite good as well; however, it’s a bit patchy around Mana and south of Mana. Around Kapiti and north of Kapiti has been pretty consistent for the snaps.

After this northerly goes, everything should change for the better. So just wait for the swell and winds to die down and we should be in for some good fishing.

Surfcasting wise, it’s been red hot on the south coast. It’s probably some of the best surfcasting that I’ve seen for a long, long time, particularly for blue moki and snapper, but also for blue cod and tarakihi. Lots of kingfish are being caught in the harbour at the moment on both livebaits and topwater – there’s at least one being caught a day.

It’s been exceptionally good shore fishing also for snapper and moki around the coast. For example, a 7.5kg moki was caught off the shore recently, as well as a 10kg snapper. It’s not uncommon for people to catch 3-6 moki in a session from the shore at the moment.

I’ve never seen moki fishing like this, which I think can be put down to a great spawning season and/or the netting ban on the south coast.

The inshore fishing on the south coast is delivering for all the usual species at the moment – blue cod, gurnard, tarakihi, moki and kingfish. Again, the 80-100m mark is proving to be fruitful.

There’s also been a bit of on and off albacore action off the back of Mana and Kapiti as well. Again, when this northerly goes, I’d expect them to come back in a more consistent fashion.

I’d expect the next patch of good weather to bring some of the best fishing of the season.