Fishing in the Dark - Land-based fishing 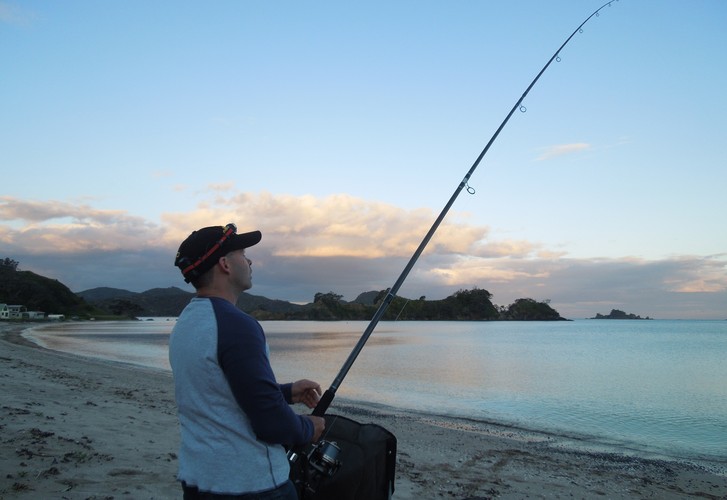 Fishing after sunset can often be one of the most productive times. NZ Fishing World’s Mick Hall hit a beach that’s normally packed with people during the day and found it to be a snapper hotspot in the evening.

An evening of surfcasting off a beach has to be one of the most productive ways of land-based fishing. Fish that would not venture close to shore during the day lose wariness and come in to feed, oblivious to the angler’s presence.

Casting impressive distances out to sea also becomes less important, with large snapper snooping around in less than a metre of water.

As thousands of Kiwis take off to baches and campsites around the country, holiday traffic on shallow bays and beaches will make fishing virtually impossible during the day.

People keen for a fish will still be throwing out a line in hope, as they play with kids or laze in the sun, only to be disheartened at the lack of takers.

Yet, what seems like barren territory during daylight hours, as people whizz around towing donuts, can and does come alive after dark. Surfcasting at night in these same areas can yield a surprising amount of fish, depending on other factors such as wind direction, swell, moon cycle and only fishing specific spots on the beach.

Local knowledge really does play a huge part in successful fishing. If unfamiliar with the locality, ask for advice at the tackle shop or chat with others you spot fishing.

Before heading out for a night fish know exactly where you’ll be setting up. A concentration of empty, broken shells piled up the beach is an obvious sign of shellfish beds not far from shore and is an ideal spot to try your luck. If these beds are not obvious, look for holes or gutters by observing incoming wave patterns and water colour.

Deeper water is darker and is marked by flatter or reduced wave action. Fish will also congregate around these areas.

Having the right tackle is important. Starting with the basics, most anglers use a good, strong surfcasting rod measuring 12-to-14ft, preferably made with a carbon blank. Anything shorter will drastically reduce your casting distance, while using carbon rods also increases the power to launch baits well over breakers.

There are many mid-range priced rods that offer quality and durability. Buy the best you can afford and maintain it regularly. Many anglers fall into the trap of purchasing “bargain” rods that fall to pieces. Guides break, blanks crack, reels get stuck in reel seats, rod pieces get wedged together and can’t be dismantled, until finally you end up dumping the rod and regret not spending the extra money on something better. Do not skimp on rods – it’s a false economy.

The same applies to reels. If a spinning reel is your preference look for one with an elongated, shallow spool that helps increase casting distance. There are several on the market offering affordability, durability and quality. Baitrunners are a popular choice.

The baitrunner mechanism is certainly useful after casting, particularly if you’ve waded out deep before letting your sinker fly. By flicking the bail arm back and engaging the baitrunner switched to a light drag, you can walk back up the beach while applying enough consistent pressure on the line to ensure your BOS weight has gripped the sand immediately after descent.

The reel should be spooled with no heavier than 10kg line and a 4-5m trace of 50lb mono should be tied to the mainline using a back-to-back uni-knot. Using anything under this trace line rating could end in a sharp snap with the force of your cast. Anything over the mainline rating will compromise casting distance.

It’s in the bag

Having several pre-tied rigs in resealable plastic bags so the rigs don’t tangle is strongly advised. It will save time and much hassle, as tying rigs in the dark isn’t fun and untangling rigs that were simply chucked altogether in a bag could threaten to spoil your night.

The choice of rig is your own, depending on preference. The most effective one for distance casting is the pully rig, which uses an Impact Shield to clip your hook and bait near the top of your BOS weight, making it streamlined and balanced. These can be bought in tackle shops or made at home.

A simple ledger rig may be just as effective, but won’t cast as far. Both rigs can be assembled by following demonstrations on YouTube.

Always take several 4-6oz BOS weights with you, as there’s nothing worse than losing a couple of these and not having replacements. It’s like not bringing enough bait. If there’s a big swell running you might as well pack it in and go home, as you won’t stay in the strike zone.

Also useful is using three or so large plastic cable ties to secure your rod pieces and beach spike together. It makes a hell of a difference when in transit, especially if using more than one rod.

To catch that big beast, or indeed several, the choice of baits can play a factor. The most important rule of course is always to try to use fresh baits. Kahawai usually come on the bite in the breakers at change of light, which is another good reason to be at your spot before nightfall.

Catching a few and using narrow strips of fillets, around 12cm long on a decent-sized circle hook, increases your chances of tempting roaming snapper to take a bite.

Kahawai have firm flesh and it will stay on the hook when casting and won’t be picked off by crabs or smaller fish easily.

Squid is not everybody’s favourite choice but it too is firm enough to stay
on the hook.

When night fishing it will be impossible to see whether your bait has come off during the cast, so using firm bait is important. Being extra cautious and using elastic thread to secure the smelly stuff is also a good idea.

When you cast it pays to take a somewhat conservative approach. Don’t try a crazy pendulum swing or a similar technique that only works 50 per cent of the time.

A mistimed cast may see your rig flying left or right, instead of straight out in front of you, therefore falling way short of your strike zone. In the darkness it will be hard to tell. A good old-fashion overhead thump should do the trick. Don’t do anything fancy.

Also, try not to wade out too far before casting, particularly if there’s a big swell. Ankle-to-knee deep is as far as most sensible anglers will go. The killer wave is the wave you don’t see coming. There’s also the added worry of sharks and stingray hunting in the shallows although statistically the chances of you becoming food are extremely slim.

Light not so fantastic

Avoid using your headlight while approaching the water. Switch it off to ensure you don’t spook the fish. That also applies when reeling fish in. Sometimes this will be unavoidable, but try not to direct the beam into the sea.

Attempt to use whatever natural light the moon and stars give you and acclimatise your eyes to it. 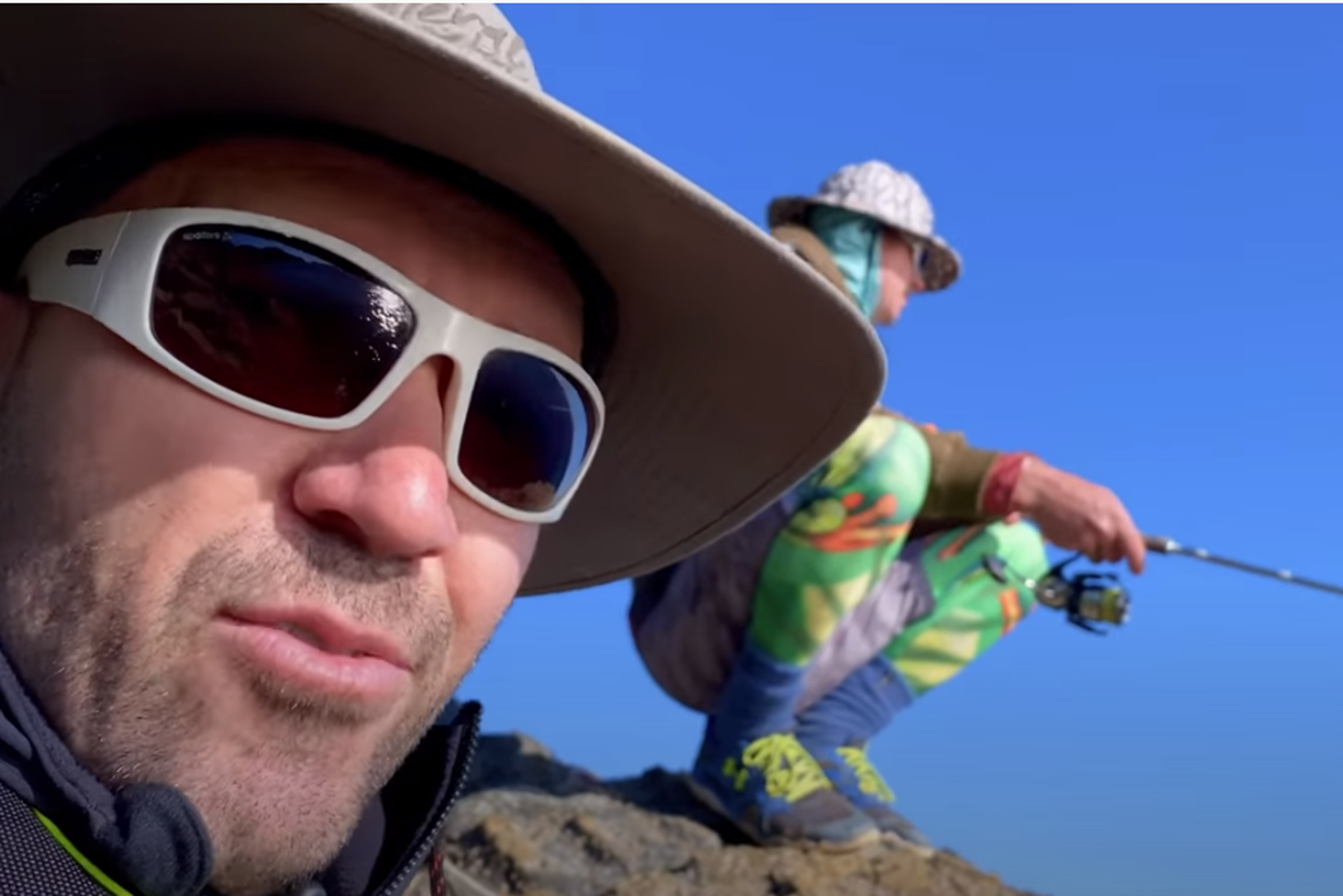 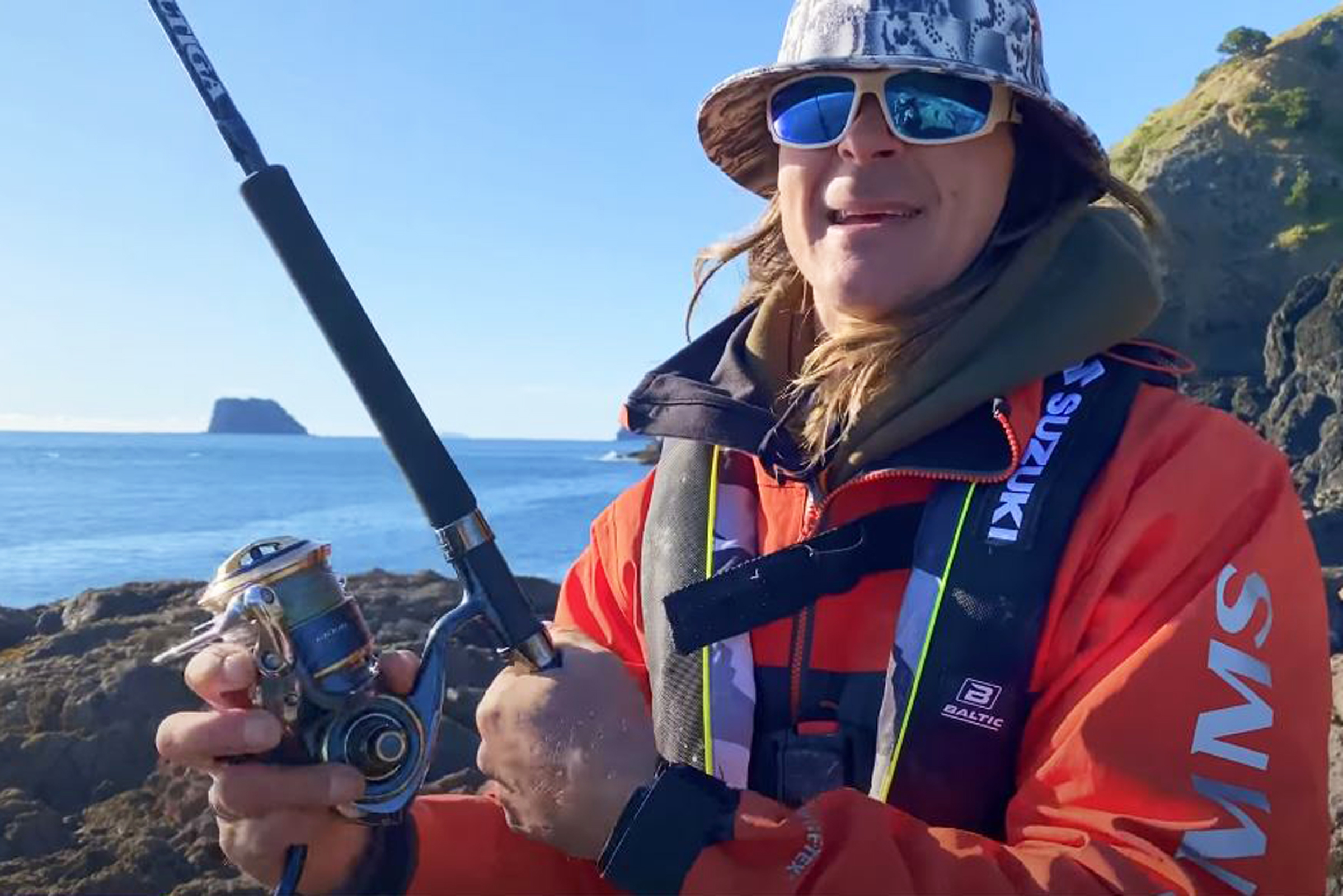 Again Milan has been scouting for land based fishing spots on google earth. With a new spot located the boys are off. After a hard day on the rocks it’s decided that going back to a spot that Milan lost three kingfish in one day is the best chance of success. 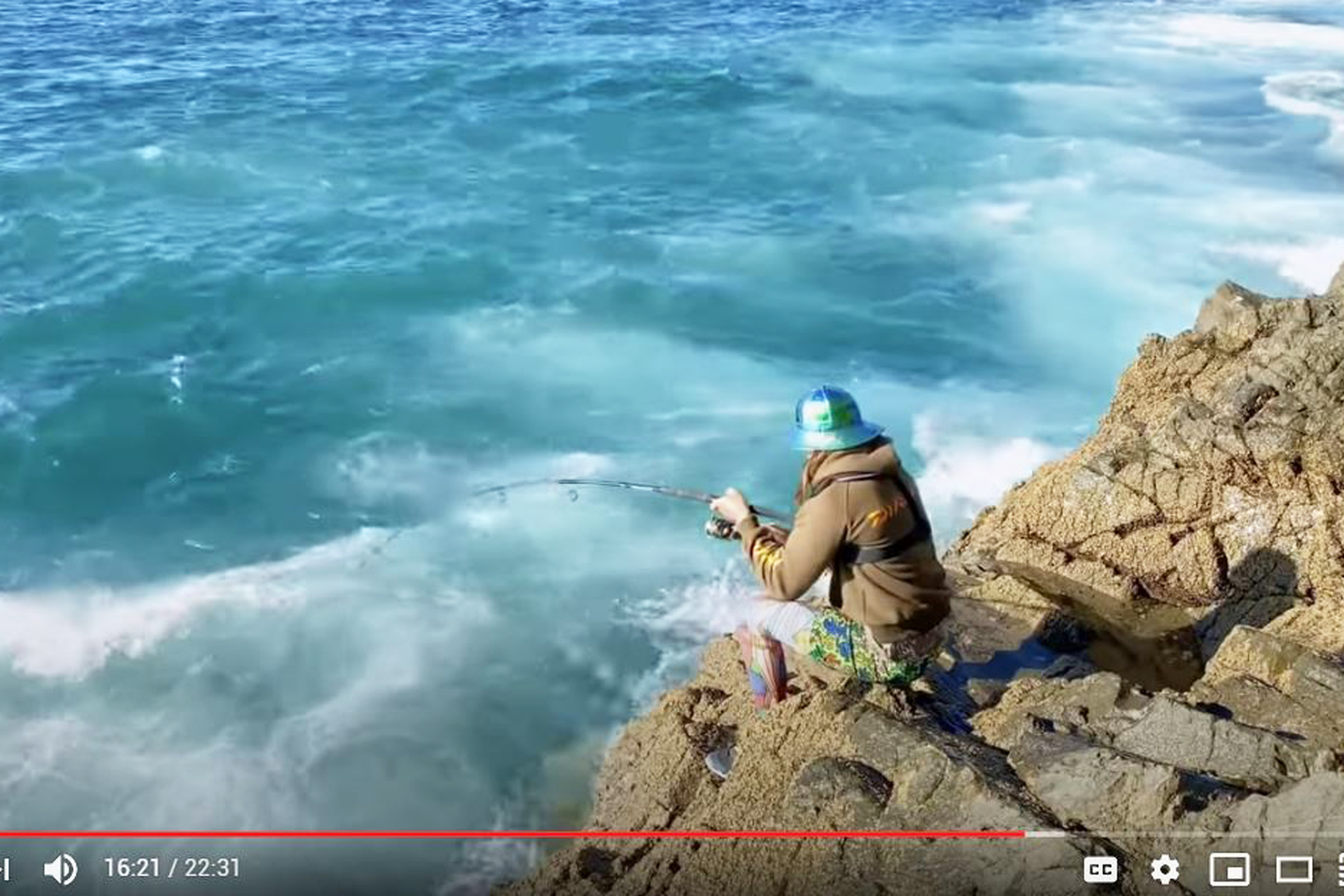 Milan and Nathan are again on the rocks after Milan eyed up a piece of coast line on Google Earth. The walk in was a bit tricky, but dinner was acquired.
All Related 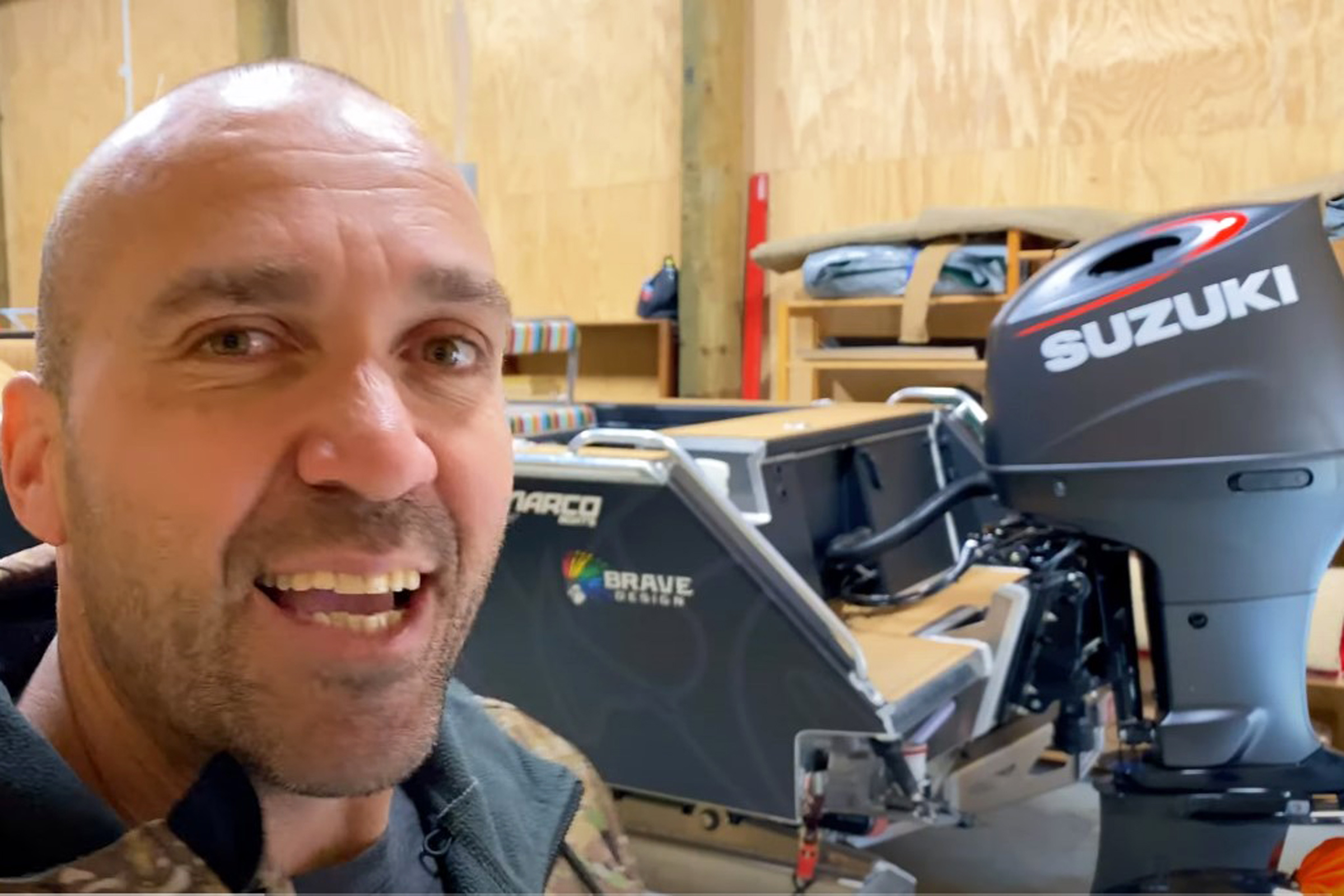 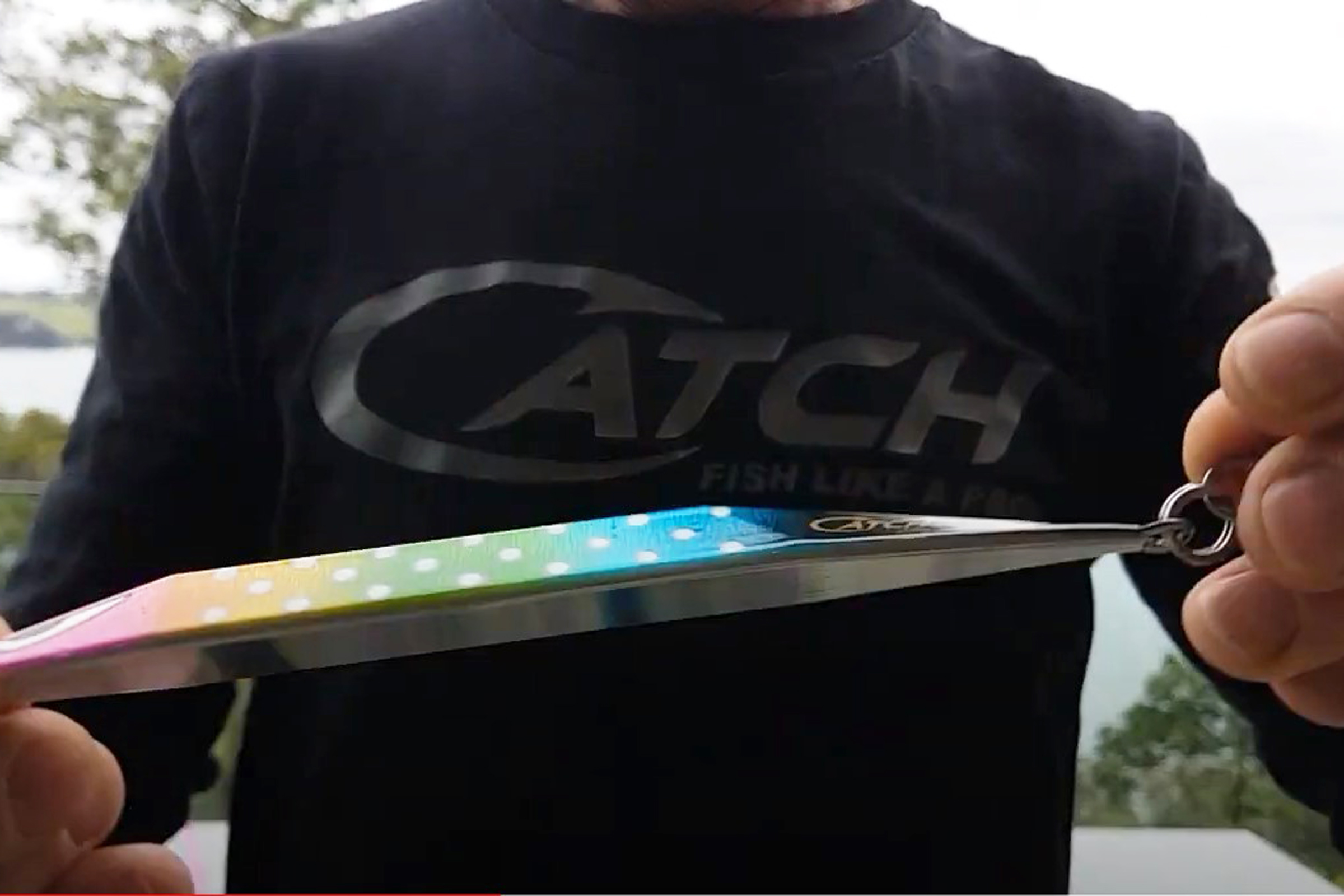 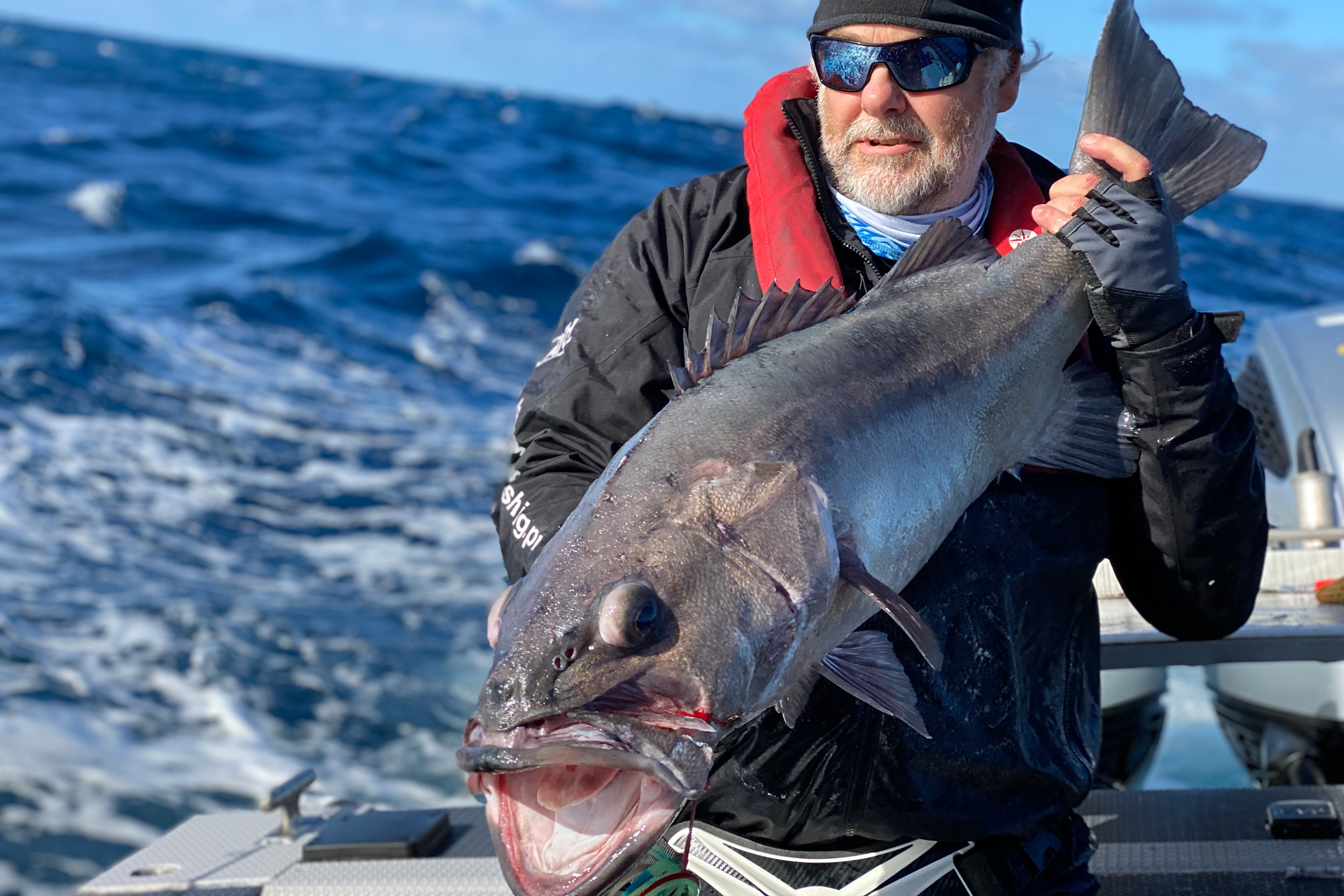 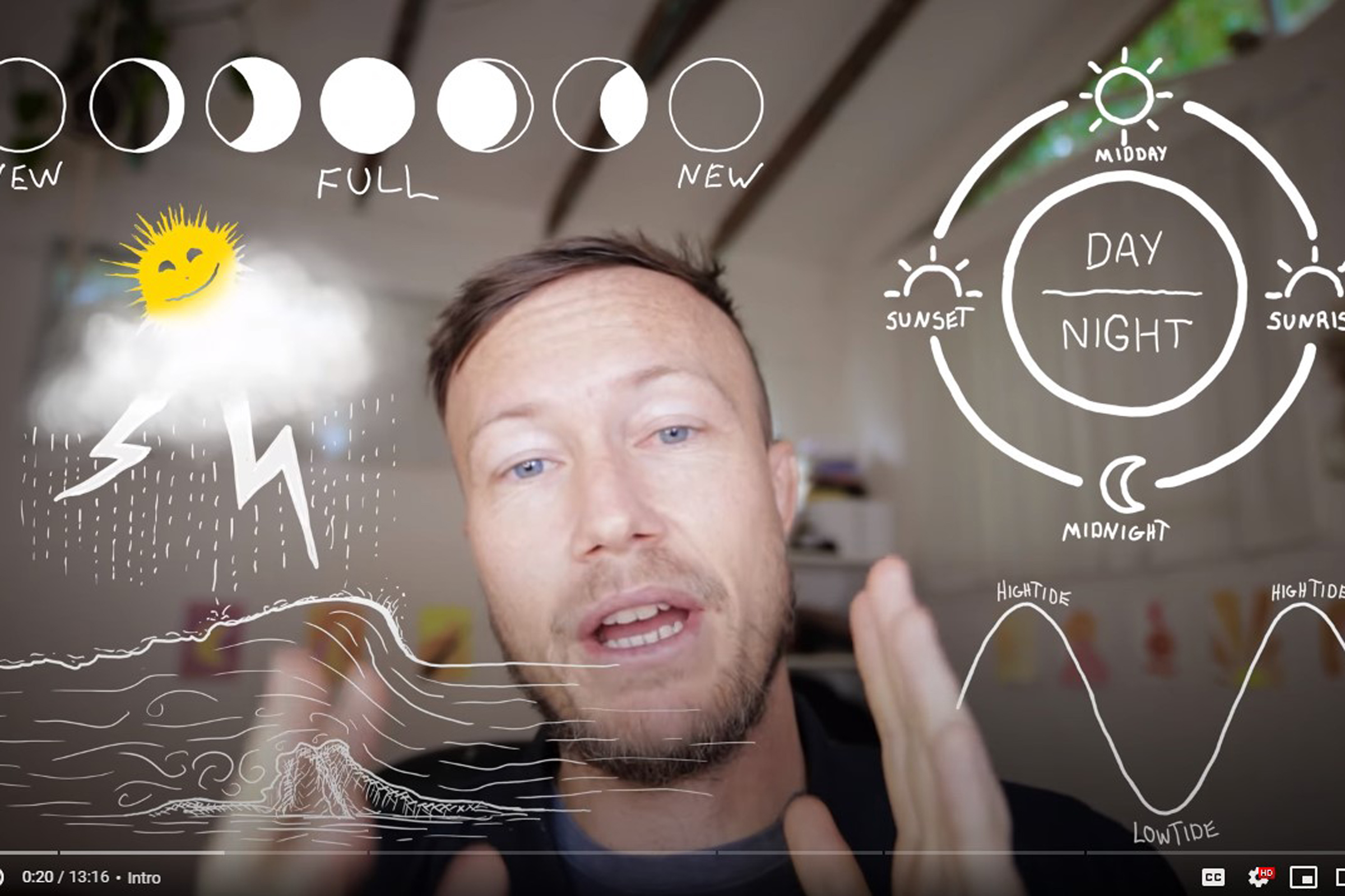 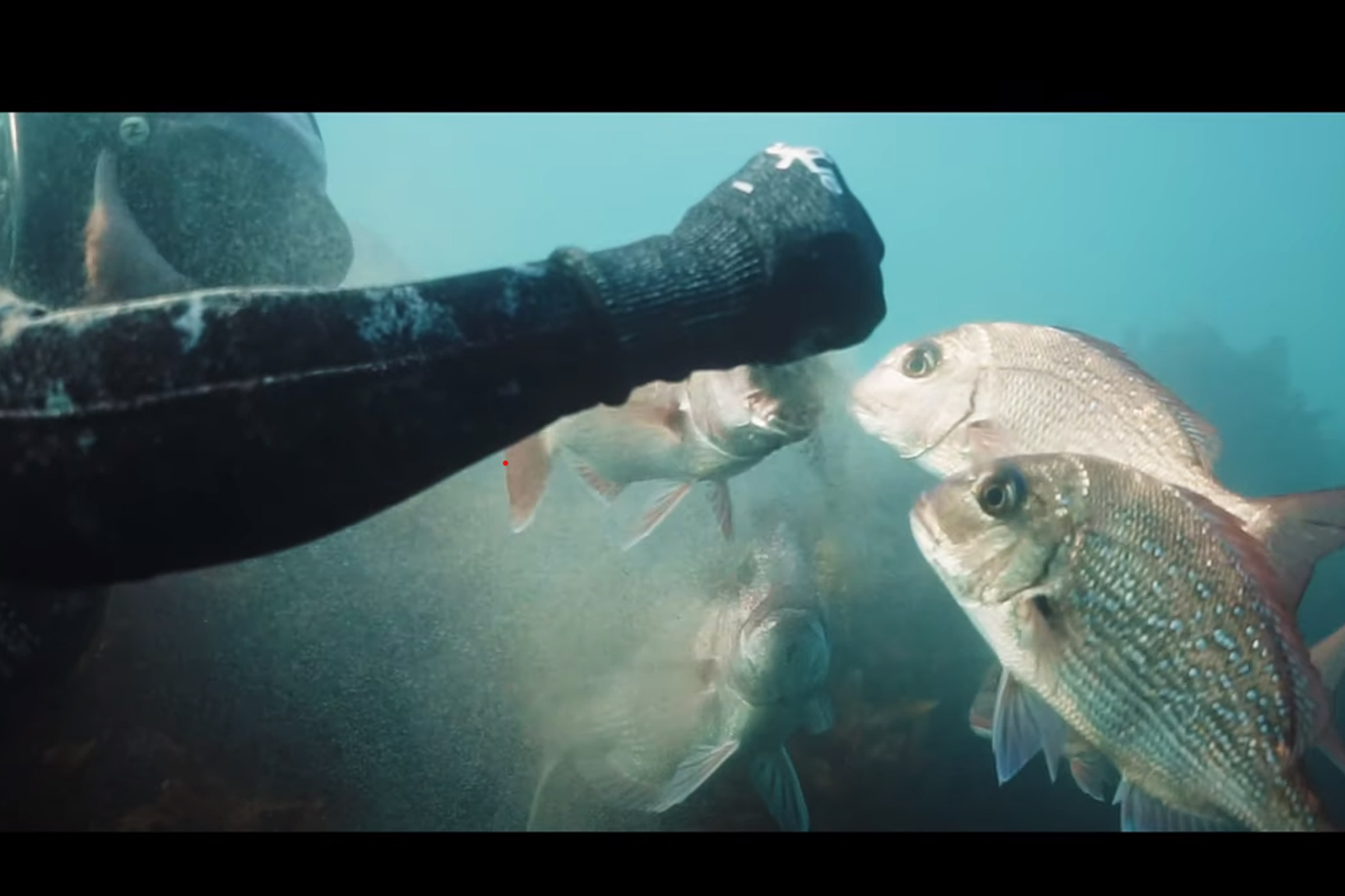