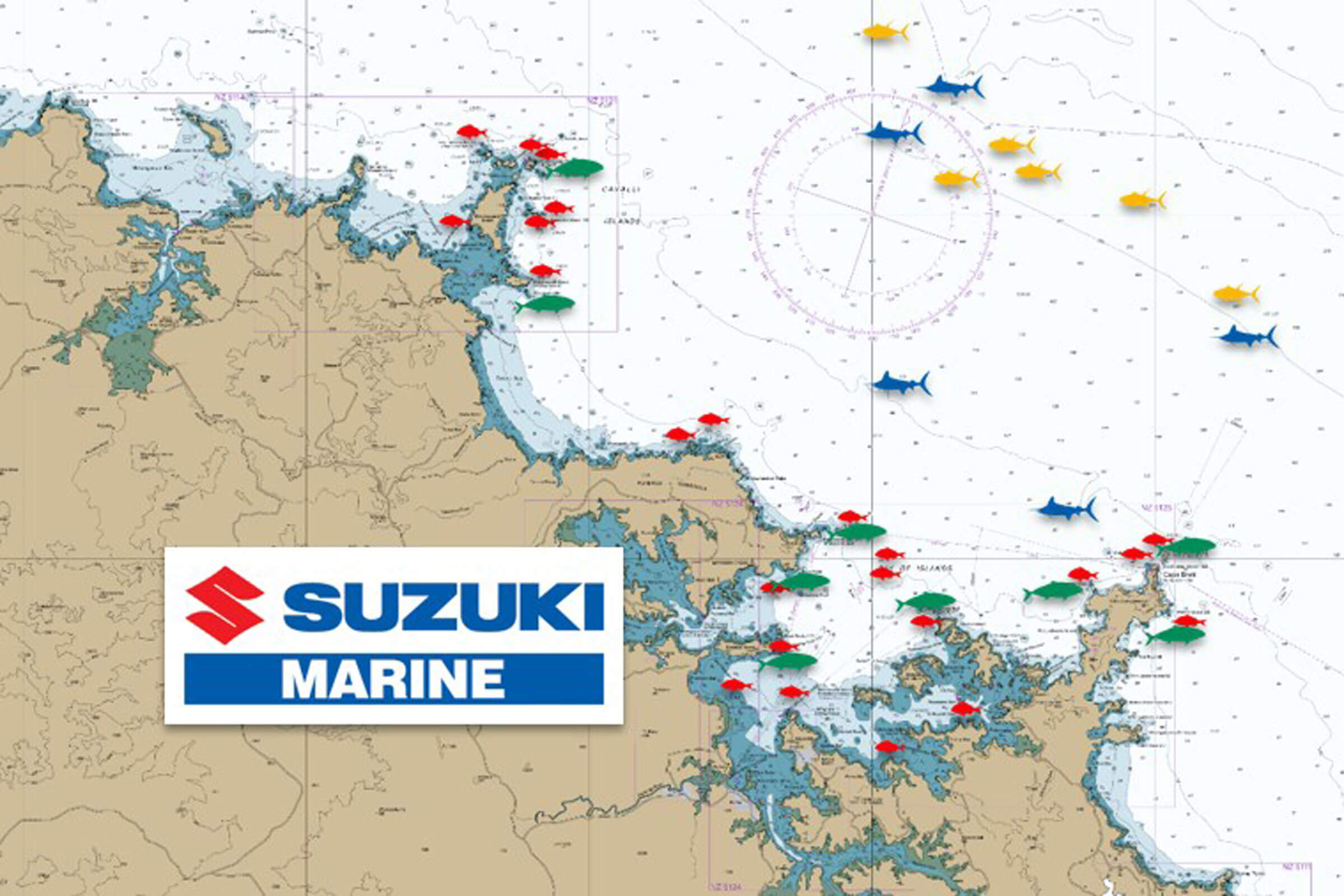 Happy new year to you. Well, this year has been one to remember already! It appears that when nobody can leave the country, they come to the magnificent Bay of Islands to go fishing. We sure have had a big increase in boat traffic up here in the Bay this year, which does bring its own challenges when it comes to tempting fish to get on the hooks.

With the full moon and a couple of colder days recently, combined with a massive amount of traffic around, the fish were definitely slow on the bite.

One thing is for sure.

Despite the odds they are there and have to eat, so if you get the bite time right there are some great fish all through the bay.

The middle ground has seen some big schools of anchovies with good numbers of predatory fish under and around them.

Using small tungsten microjigs and pilchard coloured softbaits we have seen some pretty good fishing, scoring some nice snapper and the odd kingy.

Keep an eye on the birds as it’s a tell-tale sign as soon as the birds stop feeding the fish have been off the bite also.

We have been heading in a bit closer to get a good berley trail going early in the morning for best results.

This time of year the fishing will be hard at times anyway.  Snapper are fickle around spawning and the extra commotion of boat traffic does seem to make a difference.

This means you have to maximize the bite when it is happening, as feeding windows can be shorter than usual.

Using live-bait can often stimulate the fish to bite when nothing else works.  If rigged correctly the bait will be able to swim freely and it is key not to overpower the baitfish with too big a hook.  Bridle rigs are often worth the effort, especially if the baitfish are on the smaller side.

In the bait schools, there have been some good kingfish, some up to 18 kg. Further out on the outer reefs the kings are there, but the tax man is unfortunately also about in prolific numbers as well, so get a fish in fast if you can and move on or you can lose a lot to the sharks.

There is one way to buy a quiet window, and it’s the old saying that the early bird gets the worm.

There are some good fish in the shallows, so hitting the reefs at first light will often produce the fish of the day.

Out wide, I’m expecting some great gamefish to be caught this summer.

The yellowfin are already here and appear to be a good size too, with a 90 odd kg yellowfin being weighed in a few days ago, so it might be the year of giants.

Heading wide is a good way to spread out and find your own patch of action, so look for birds along the 200 plus metre contour lines and perhaps this is the year to do a lot more game fishing.

Be safe out there and best of luck.