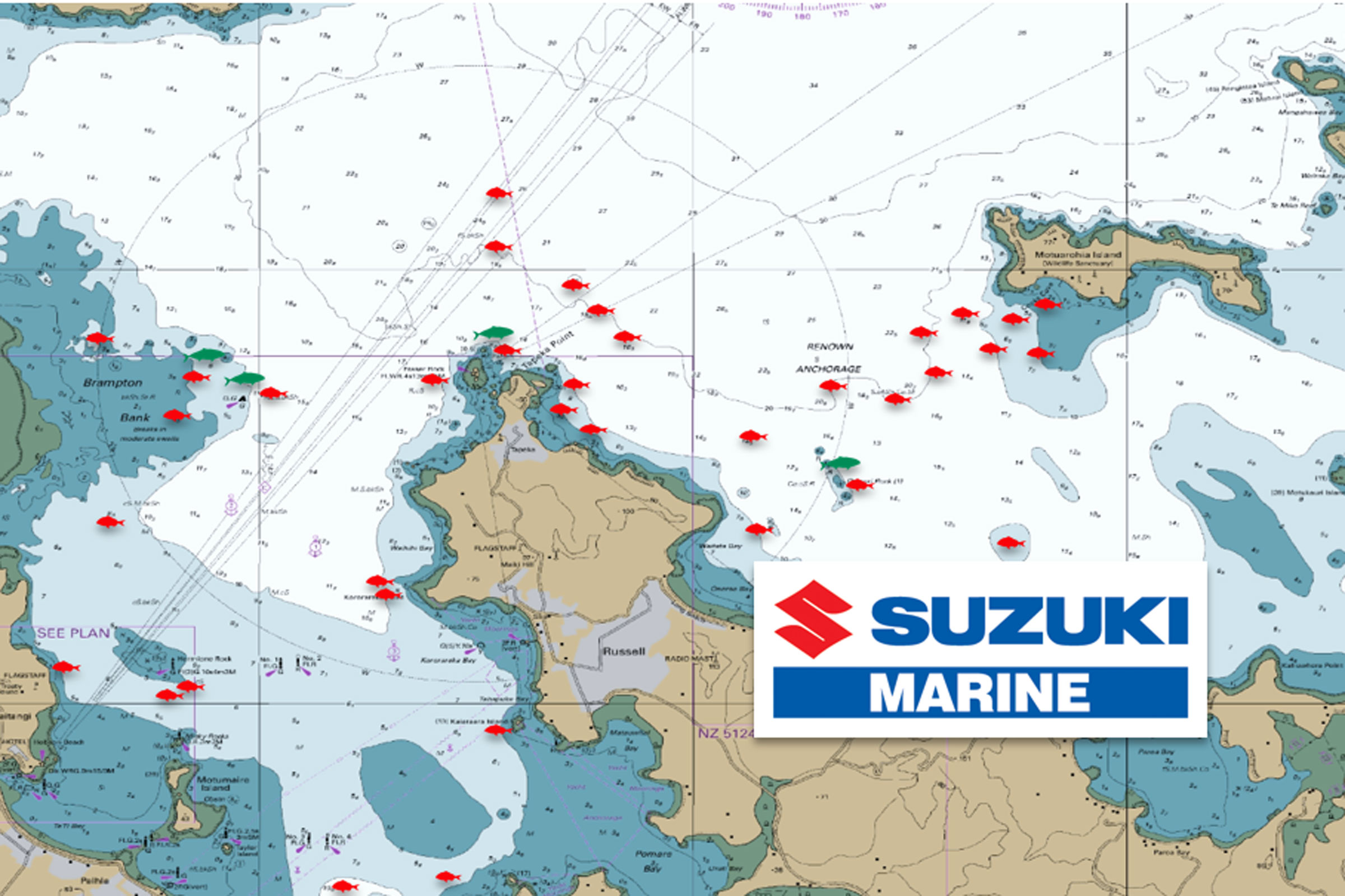 Now that it’s officially feeling colder on land, the water temps can confirm that being down around that 15 to 16 degree mark, which will have a natural effect of slowing down the fish metabolism, and subsequently the bite as well. There’s still great fishing though, and often winter fish are in the best condition of the year. We’re finding pulling some really nice moochers out of the shallow water is starting to pick up with good sizes of fish particularly keen on hitting the softbaits and mackerel live baits.

With up to six clients at a time on board, it can be difficult to fish soft baits in the usual, cast ahead of your drift fashion.

So, instead of drifting around over the fish recently we have been fishing the softbaits almost identically as you would stray line a big bait out the back of the boat.

That is, we ground bait with a slow ‘cube trail’ (throwing out cubes of berley in a steady stream seems to attract less sharks and more snapper) and then after the berley does its job, a cast out behind the boat and a bit of action on the retrieve seems to be working well.

Everyone has their own style of retrieve that works best for them, but remember in winter, fish don’t want to expend that much energy, and are looking for an easy feed, so bigger baits worked with a slower action will often pick up the best fish.

As far as time to fish goes, the incoming tide in the harbours have provided the best fishing consistently.

In close has certainly been best for us, and out a bit wider the middle ground has been somewhat patchy with large amounts of juvenile snapper becoming a bit of a pain.

Sometimes going to a bigger hook can prevent any gut hooked fish, and keep the really wee ones off your line to grow up for a few year’s time.

The kingfish have been a little bit quiet, but the tax man is not taking a break, and still hanging around but not in as many numbers.

Over at the 71 metre reef, jigging can turn up some good results, but be sure and just check the weather as it can chop up quickly out there sometimes.  A couple of nice kings on board often take the sting out of a bumpy trip home though 😊.

As we move into the cooler months, out deeper the puka will be starting to slowly come in and on flat calm days you can get out and have a crack at some of the tastiest fish around.

Feel free to join us on a charter out there if you’re not fussed on taking your own boat that far out to sea.