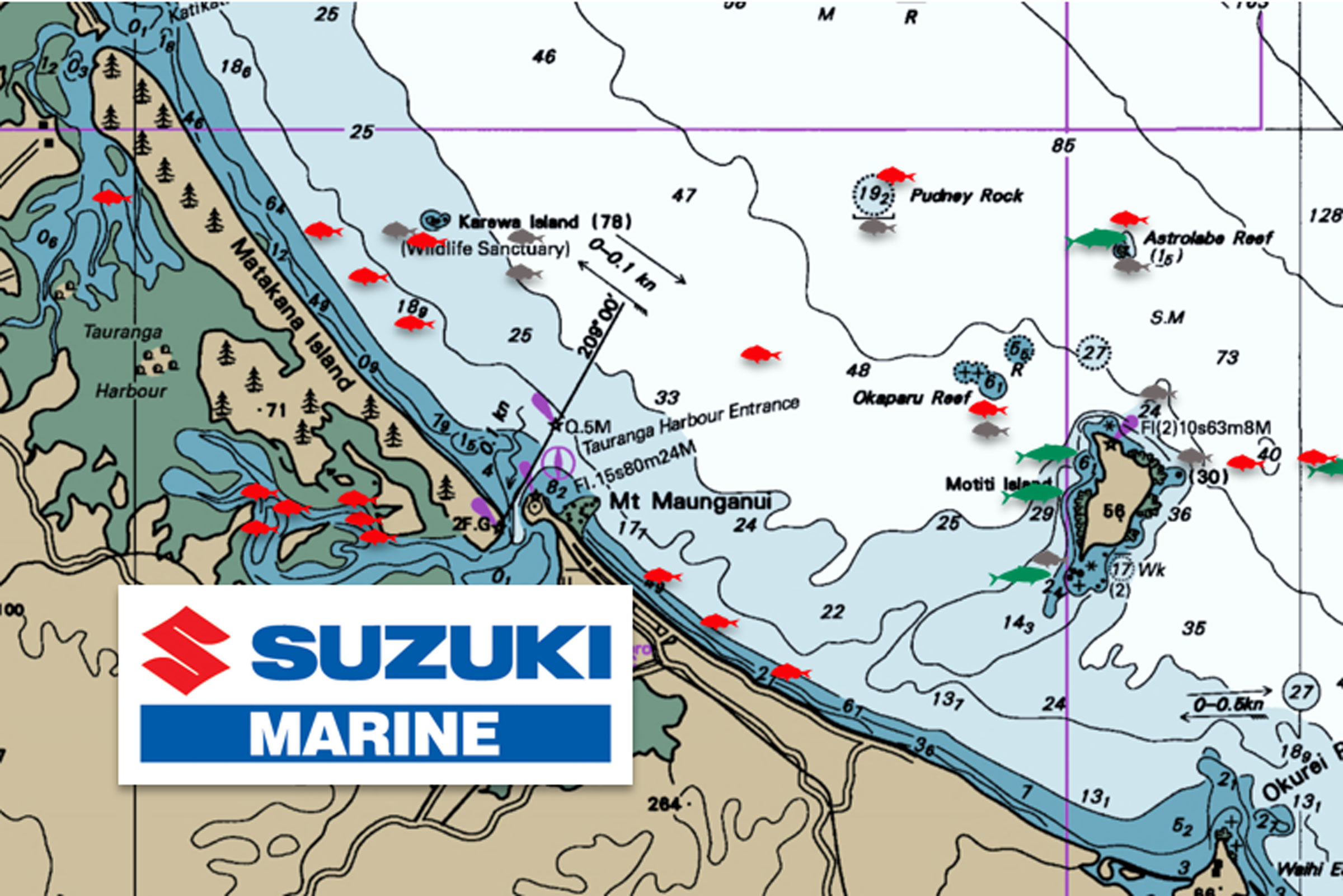 We’ve been out a bit in the beautiful weather, which has been very nice for being on the water, and took advantage of the opportunity to get out deep off the Mayor Knolls. Targeting puka and bass, we fished the Knolls in around 250 metres and ended up with plenty of gemfish, big ones! We managed a nice bass, but no sign of puka and bluenose. The bluenose have spawned, so they may be recovering a bit from that and looking to put back on some condition soon though.

Perhaps surprisingly there were still plenty of skippy out there, around nine miles north of the entrance, which means there’s every chance of still picking up a marlin as we have caught them before at this time of year in the past.

There are still a few sharks about, and a big mako made it his mission to destroy a lot of our gear last week.

The Astrolabe is fishing well for us for terakihi, and we got some nice ones last week.  Just about a mile north-east was where we were fishing, and there were skippy out there as well.

In close has been a mixed bag but there have been some very nice snapper and kingfish around.

We’ve not had a lot of luck jigging for kings, but they have been getting a few off the usual reefs on live baits.

The harbour is fishing pretty well still, especially around Omokoroa and Rangiwaea fishing the holes with a bit of berley running out.  There’s been some really nice snapper and trevs.

We know some mates that were fishing in about 16 metres off Matakana, anchored and berleying,  that binned up quite quickly with nice snapper all over 35 – 40 cms, so there’s still plenty of action in the right conditions in close.