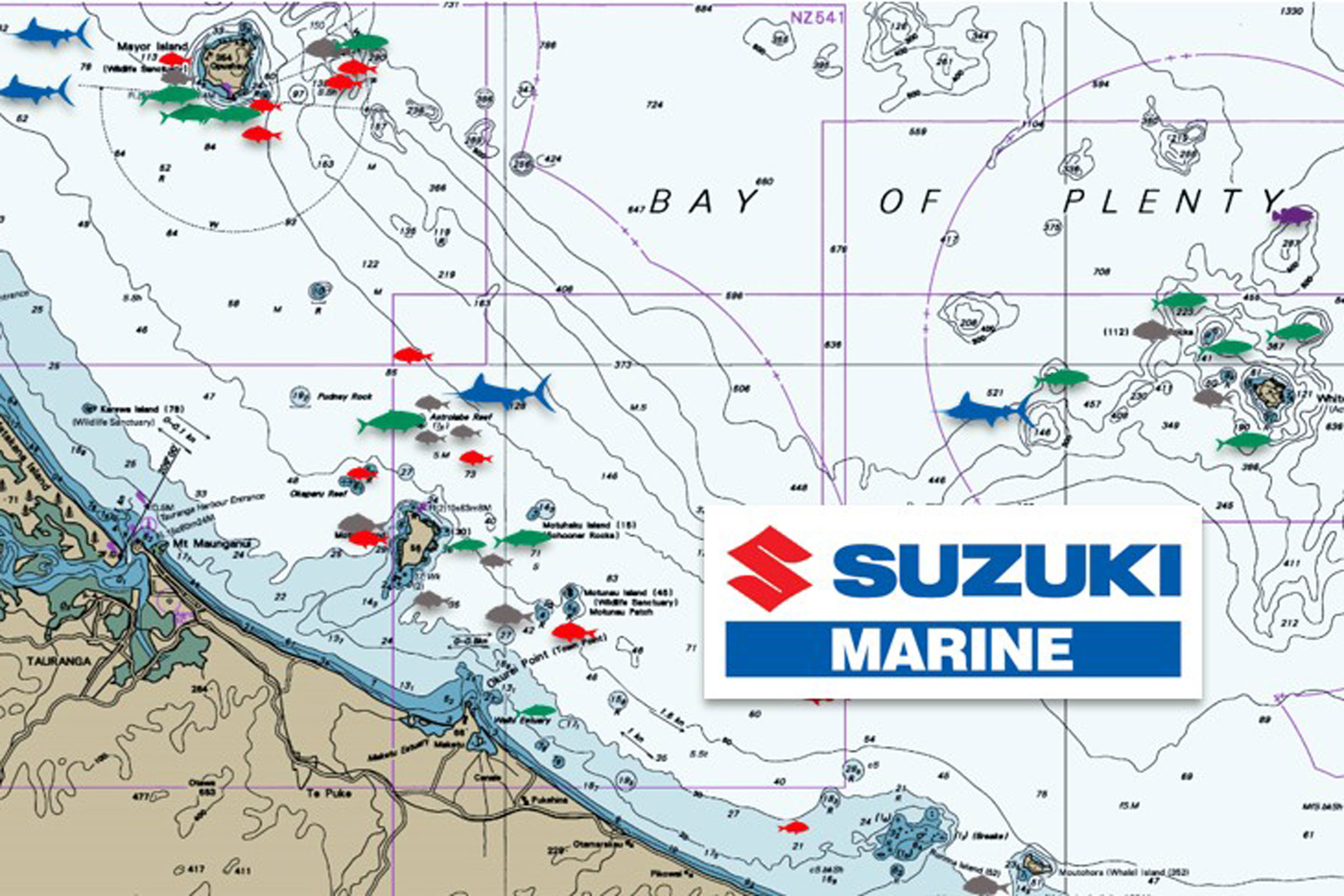 I have not been out too much lately, but there looks to be a good couple of days weather this Sunday and Monday, so I’m sure many will be as keen as I am to get out into the last of the warm weather. The sea temps are still pretty good at 19 degrees, so there is any chance of good gamefish and other action too.

Talking to the commercial cray fishermen, who have just started pulling their pots as of yesterday, are reporting an abundance of big crays.  The best he’s ever seen from the Motiti, Astrolabe, and Schooner area in size and numbers.

While they were out there, they also sighted a marlin right in close, so the season is far from finished.

There have been several nice marlin landed in the ‘Smart Marine’ sponsors grid west of Mayor this week including a beaut specimen of 120 kgs.

This seems to be about the only area really firing though, and reports from over towards Whakatane are that the game fishing is pretty hard going.

Snapper fishing has been very good still, by all accounts, and some very nice fish have been caught off Motiti this week, and at least one close to the magic 20 pounds.

Towards the eastern bay of Plenty the snapper are all in close around fourteen to twenty metres, and of course you can get them around the mussel farms.

There’s no shortage of kingies at the moment, and you’ll find them around any of the popular reefs, pins and other areas around Penguin, Astrolabe, Mayor, out at White and around the Vaulkners.

We have not seen a lot of skippies around and the reports have them a little thin on the ground, which might have some bearing on the poor game fishing.

Astrolabe, Rabbit Island, and the middle ground towards Schooner should still be a great go – to for the regular terakihi action.

You could be getting the electric reels dusted off because big bluenose are on the chew.

It’s pretty early on for bass and hapuka, although they are always there’ but the best timing for these fish kicks off around August.

Hopefully we will get out a bit more in the next few weeks.