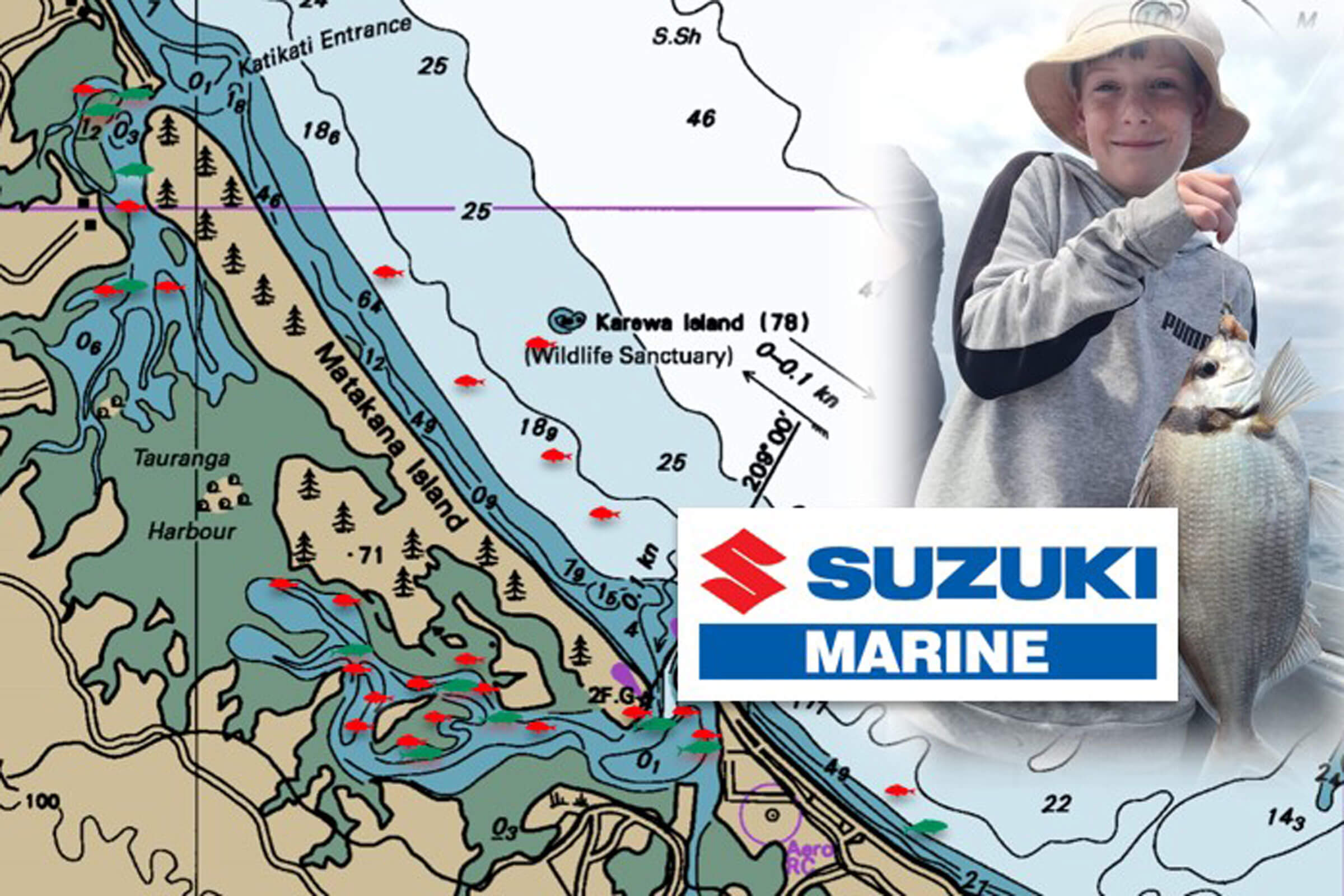 We’ve been doing pretty well lately on the good old terakihi. After fishing the middle ground for a bit there seems to be a plague of juvenile snapper there greedily cleaning up the baits, so moving out a bit deeper to around 60 metres is producing some better results.

Snapper fishing in the harbour is very good at the moment, as can be expected at this time of year, and fishing the harbour entrance and the banks and channels either side of the running tides has been very productive, with nice sized fish in good numbers.

There are also some very good kingfish in the harbour up to 15 kgs, which you can find around any structure, in the channels where water is running, or even hunting in the shallows.  Live baits or stick baits are the go-to for targeting these fish, but the odd keen anglers are hooking up on saltwater flies and having a ball.

There have also been some nice kingfish landed off Papamoa Beach, so trolling live baits by boat, or slide baiting from the shore is a good option.

Kingfish also seem to be within easy reach in most of the popular pins and marks around White Island at the moment, with plenty of fish approaching the 30 kilo range.

Even though the water temp appears to have dropped a bit recently to under 20 degrees, we have still seen marlin about, and the skipjack tuna are around sporadically anywhere from 60 metres plus in depth.

It really seems to be a bumper marlin season on the west coast of NZ at the moment, and the action is much hotter out than here in the bay to my knowledge.

We also have not heard a lot about the yellowfin action so that seems to be much quieter than last year when out past Mayor was producing well.

Out deep we had a great session on the gemfish in around 200 metres off the Knolls while the weather allowed us to stay there.