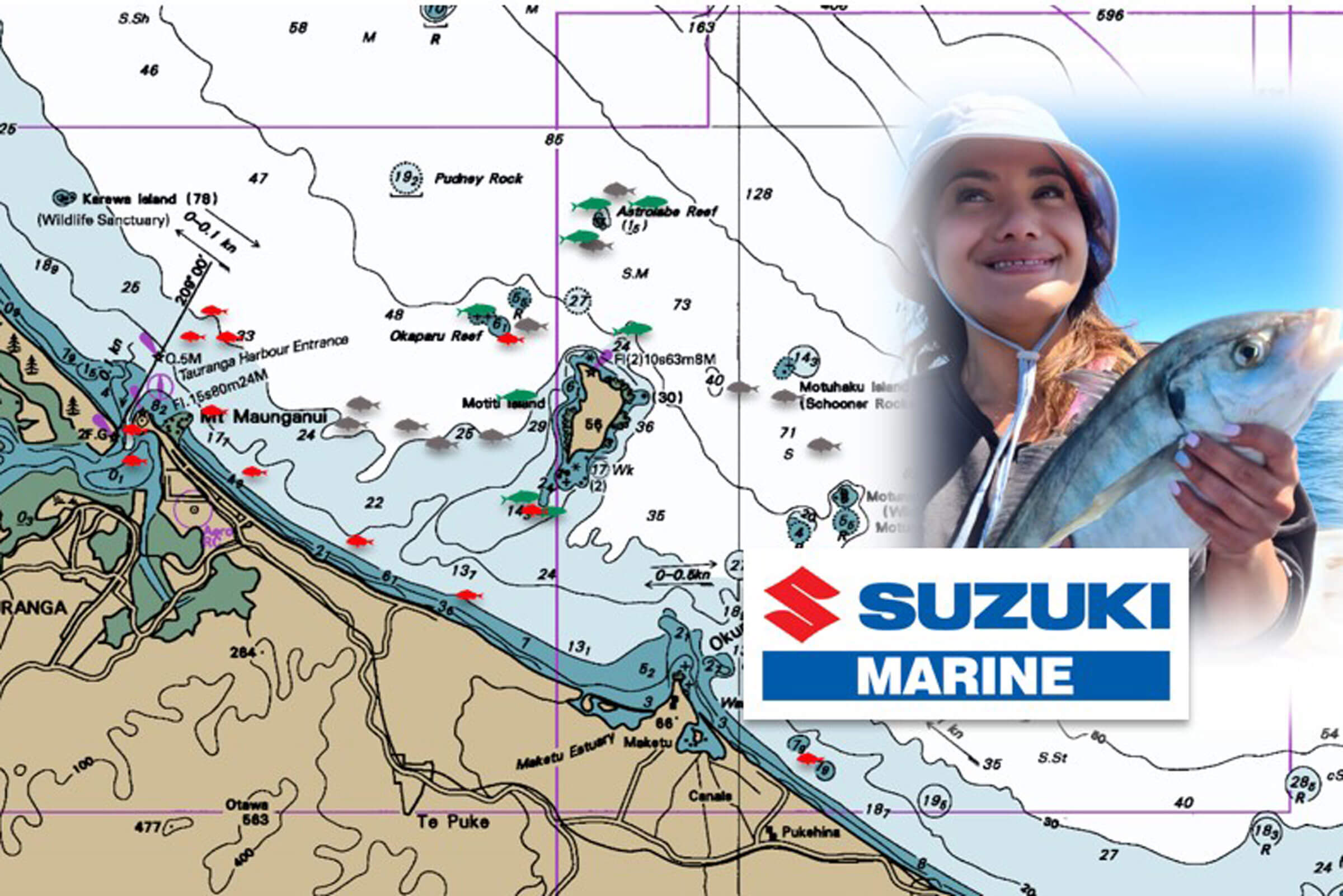 Fishing in the Bay has been pretty good this summer, with the water really clearing up now and taking on that lovely blue colour that often brings the action. Temps are up over 20 to 21 degrees in patches now, and we are seeing the fish responding accordingly. Out past the Alderman rise there is all sorts of action with yellowfin tuna, manta rays, whales, dolphin and of course marlin are hooking up.

We are doing well on the terakihi, especially now that the big tides and currents associated with the full moon have passed.  Over the next couple of weeks these tides and currents should die down a bit and make the fishing a bit easier.

We are getting some really good sized terakihi around the Astrolabe and particularly good fish up to 2 kgs out of the middle ground halfway between the Mount and Motiti.  Just pick out a little structure or fish sign on your sounder.

Had a magic day on the kingfish at Schooner Rocks.  Lots of fish around 15kg provide good action and a nice feed, and we returned most of what we caught.

Remember that as you bring the fish in, they are usually being followed by others, so your mate can often drop a jig in shallow and hook up again as fish are coming to the surface.  Sharks are not too much of an issue as well, touch wood, but unfortunately barracouta cost us a bit of tackle and they were pretty big.

We were fishing the White Island side of Schooner and kingfish were anywhere from 70 metres right up into 30 metres.  A good depth for fishing live baits.

There is good bass and puka fishing out wide during summer, around the Mayor Knolls etc, and some nice fish being landed although bluenose seem to be a bit harder.

Our hearts also go out to the young woman killed in a shark attack at Bowentown near Waihi last week.  A tragedy and perhaps fishermen might be aware of sharks if fishing in that area where it’s been well publicised there have been great white sightings.

There is now a Rahui in place prohibiting fishing and shellfish collecting until the 15th of Jan at time of writing this.

The blue water at Mayor is providing some good fishing for all the popular species.  We have had reports of skipjack out wide towards Mayor coming up but then holding down a bit deeper.

Snapper will be moving right in to the shallow water now, and kayakers, and surf casters are doing well with soft baits right in to around 10 metres, particularly at change of light.

The harbour entrance is fishing alright too, but you can only really target either side of a tide before the current is a bit overpowering.  Trevally are full of roe at this time of year also, and there are some really nice big specimens around taking baits, soft baits and lures.

Gamefish are on now, and south east of Mayor Island one of our colleagues saw 20kg yellowfin clearly jumping from the water out there.  Not something we do a lot of, but it looks like another good season ahead for the tuna fans.

A 15 year old lad, who was down to the use of one arm recovering from a motorbike accident recently, reeled in a whopping 364-kilogram black marlin near Whale Island. It is possibly a national record, although official confirmation is pending, so well done that boy!