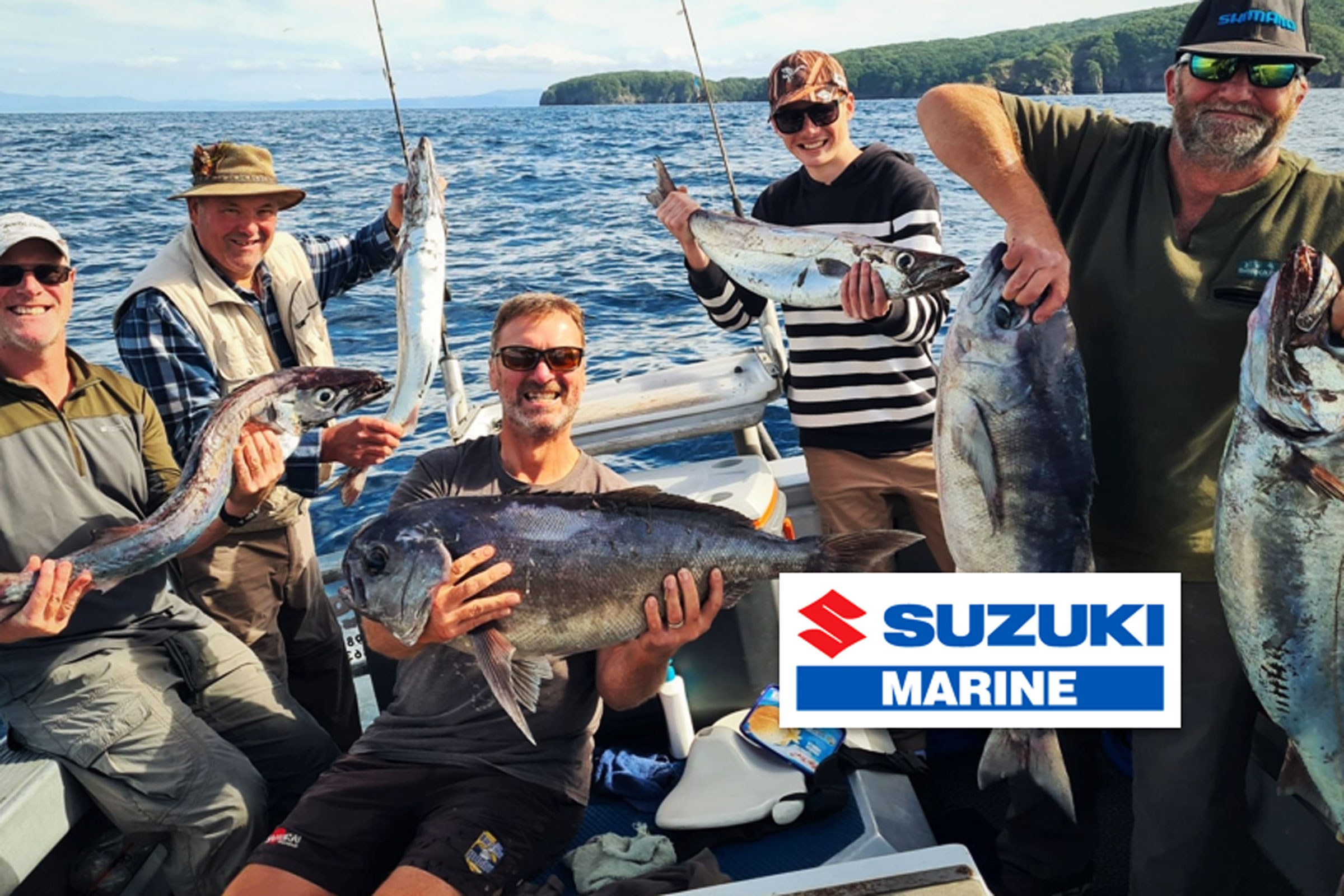 We’ve done well recently at the Penguin Shoals, with some really good fishing for trevally, terakihi, pink maomao and snapper. The fishing there has been pretty thick and fast, with good enough hauls to be heading back early and getting the lawns done. Trevally season is here, with big fish and good numbers of them appearing in most of the common fishing areas around the Bay. The great thing about trevs is that you can catch them anywhere, off the sand, the reefs, the harbour and in just about any depth of inshore water. They fight like hell, are amazing to eat as sashimi or smoked, make great bait, and take a variety of terminal gear.

We generally catch them on a smaller hook, with bait while targeting snapper or terakihi, but they will actively smash small lures such as soft baits or micro jigs.

Just be aware they are bout in good size, and their fight is quite recognizable as the pull really hard and steady as they use their flatter body profile to arc around in wide circles and don’t ‘nod’ like a snapper.

They are also often so strong they will tear the hooks from their rather soft mouths, so if you think you have one on, be patient and go a bit easy on the drag.

My mate has a commercial license for trevally only, in the harbour, and is only allowed to use a hand pulled net, but is reporting bumper results over the last couple of weeks.

There is still good snapper fishing along Matakana in about 16 to 18 metres of water heading up towards Karewa, again results are ‘right time right place’ depending on the tide and moon conditions.  Check out the bite time guides and be prepared to get out nice and early, and you are likely to do ok.

A lot of the fish are a good pannie size well over 40 cm and in typical fat winter condition.

This is the time of year to head out deep, like 300 metres, to target bluenose, gemfish, bass and hapuka.  We have not managed to get out much ourselves, but we’re seeing more bluenose being caught than anything.

Mayor Knolls are popular, but the Outer Penguin Rise is where we go, which usually fishes well and is a bit further south east of the Knolls, you’ll find it on your contour charts as a series of hills rather than sharper structure.  Once you are on the rise it’s simply a matter of searching for some life on the sounder if you have not got saved spot X’s.

Sometimes this area fishes really well for kingfish, and you’ll jig a kingy up from a surprisingly deep mark more than occasionally if you give it a consistent go.

The gamefishing fraternity now turn their attention to deep dropping for swords, or waiting for the annual migration of bluefin tuna to arrive starting off Waihau Bay, which will not be far away if the past few years are anything to go by.

Be aware that on the 11th of August all the major reef areas around Astrolabe, Okaparu Reef etc in the  MPA (Marine Protected Area)  are going to be closed for fishing so you might want to do a bit of homework into that to make sure you don’t fall foul of the laws that we are chewing on with a bit of tinfoil in the way this proposal was actioned and implemented.

Kingfish are still around in good size and numbers in the usual haunts stooging around in the harbours around channel marker buoys and baitfish schools, around A Beacon, and holding out on the deeper pins.

If you can chuck a whole piper or a stick bait around these markers on your way to somewhere, have a go, you might get a decent fish for your trouble.  They like a bit of current going but it’s a balance to find it fishable and not too quick.  High tide seems to give you the clearer water.