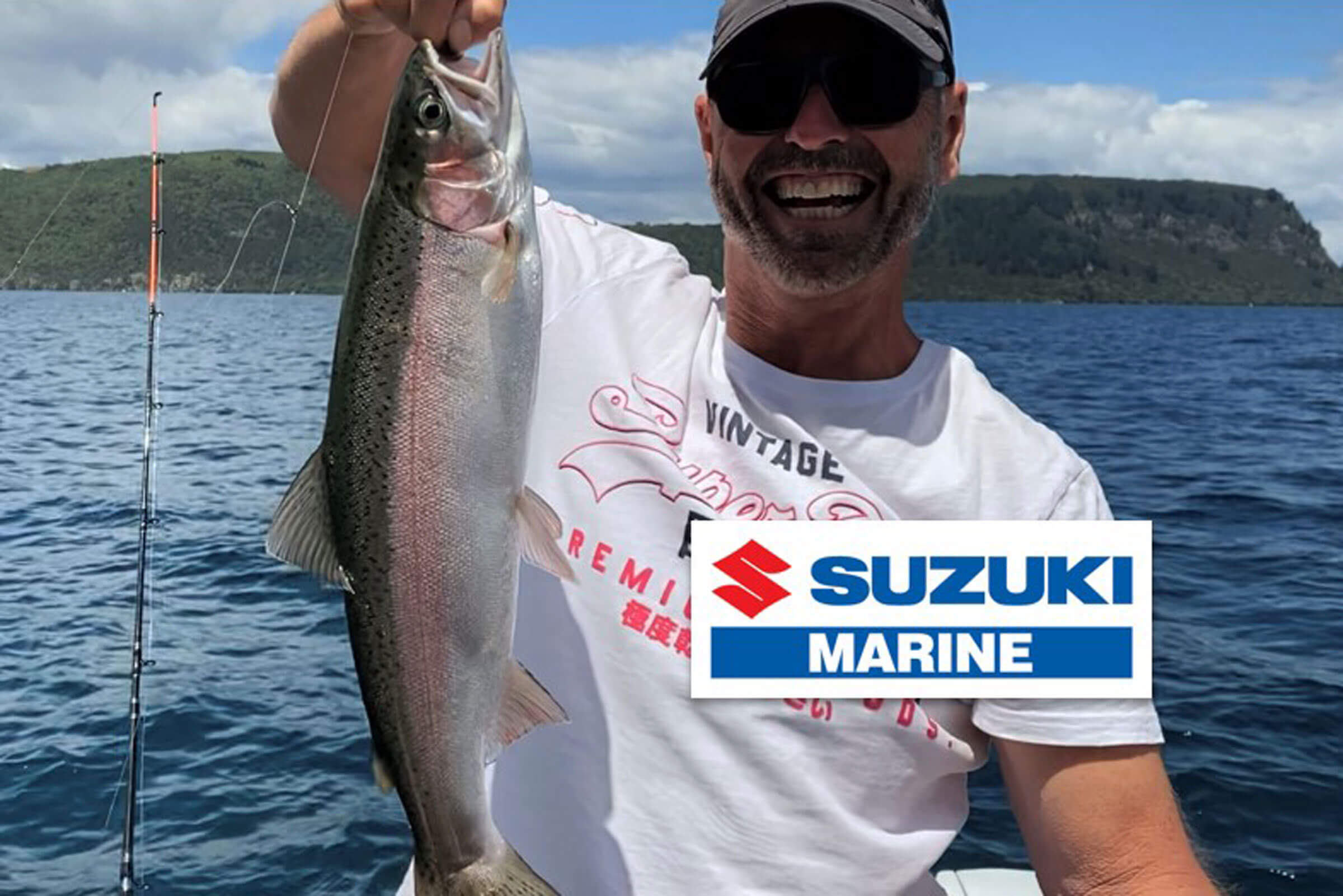 The weather seems to have finally broken and the heat is on however it is still quite windy on the great lake but a lot easier than the last few weeks. As the water is now seeing thermocline at around 20-35 metres the jigging is really starting to fire. There is still a mixture of size and conditioned fish being caught but some really good quality silver bars are coming through. Pat Swift flies in size 10 are doing the business with Ginger Mick and Jack Spratt patterns really standing out. Top areas would have to be over in the north, and western bays, where some phenomenal catches have been made both jigging and on the downrigger.

Most of the popular places on the eastern side of the lake are also starting to fire. You may have to drift out to 50 metres in some eastern areas as the thermocline does seem to vary on this side.

Down riggers are finding that the top lures have been the ever-faithful spotty gold, lemon and white, and silver and white, and black tobys fished at around the 120-140 foot mark.

Traditional trolling with 10 colours of lead can still be productive during the first part of the day but as the days warm the fish tend to head to deeper cooler water. Once again the good old black toby and Daiwa Chinook lures are standing out.

Harling has slowed somewhat with the combination of summer holiday makers and heat pushing the fish out and down. For those who can be on the water before the sun is up it is still an option as there is noticeable surface activity at this time.

Fly fishing is really starting to fire on the local and backcountry rivers as the terrestrial season is finally upon us.

Fingers crossed we are hoping for cicada year this year as they were held back the last couple of weeks with the cold and windy patch we had mid January.

In saying that with the extreme heat we have had towards the end of January we are hearing cicadas everywhere but as yet have not seen any river action on them. We must be just on the cusp of this happening.

Rivers are in good order now but will start to get low so be prepared to scale things down as fish become more wary.

The smaller lakes around the district have been going well. Lake “O” is being particularly fickle this year but for those die-hards with patience the rewards have been good with some really magnificent fish being caught. Lakes Kuratau and Rotoaira are going well as we head into full on damsel season.

Floating or intermediate lines are all that is needed with small woolly buggers and damsel and dark nymph patterns doing the damage.

The backcountry season is just about to get good now as the weather settles and the holiday season is all but over meaning that pressure is lower and things are settling down. There will be plenty of room in the back country huts and camp grounds making it an awesome time of the year for summer fly fishing