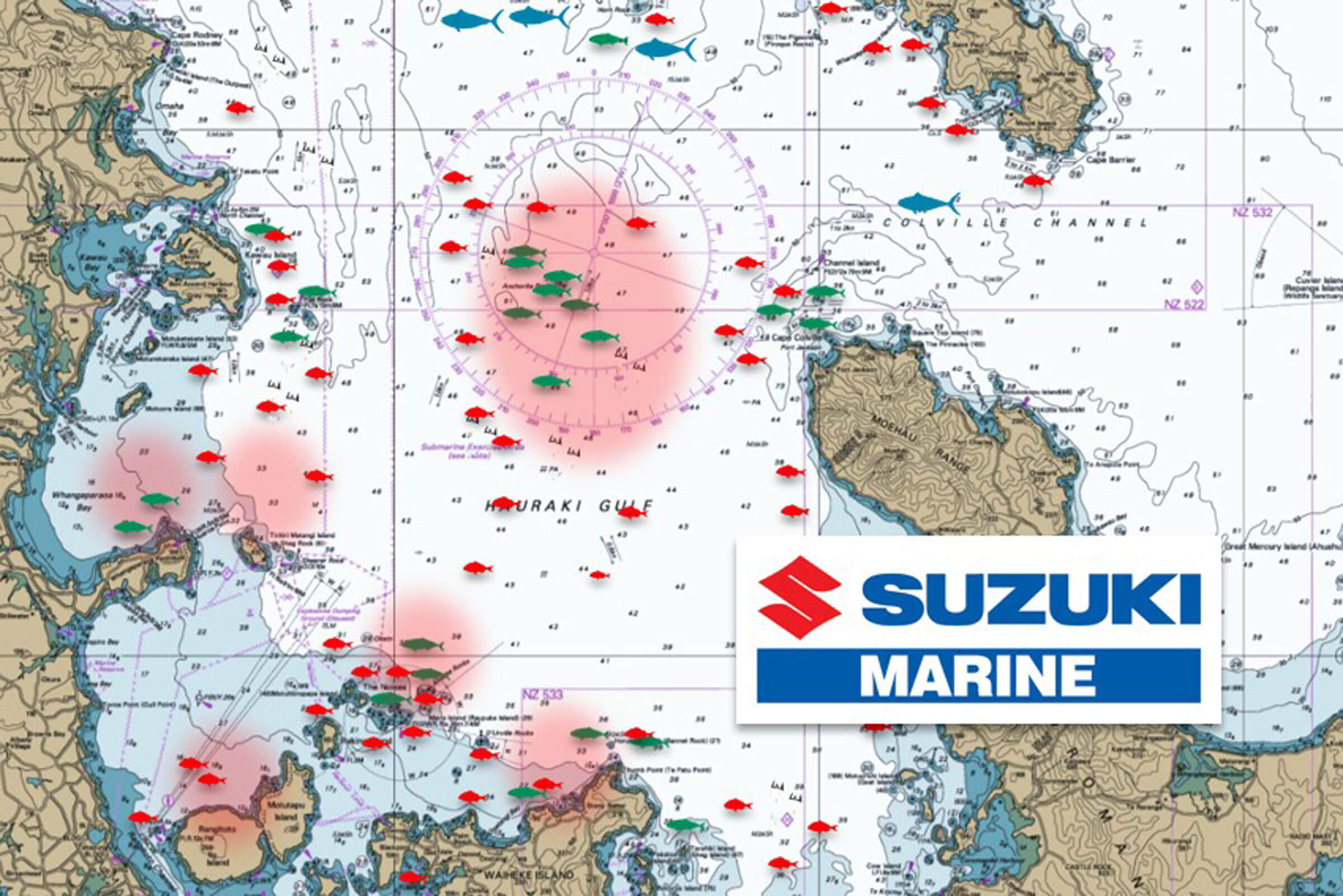 Kingfish - let us count the ways! Kingfish are on the prowl all around the gulf, in the shallows and out deep, with the anchovies spread far and wide so are the kingfish. It’s anchovy season, and traditionally these food chain morsels can really get the predators going as they get herded into the usual inshore areas from the north facing bays north of Waiheke right up to Kawau.

They attract attention from both below, and above, and the birds are your cue to finding where the feeding is going on, also tight bait balls on the sounder are a giveaway also.

Kingfish are aggressive in the gulf now.  How you want to catch them, and what they respond to at the time, can range from heavy tackle options to light, and can deliver some of the most thrilling and rewarding fishing there is in the gulf.

Stick baits, poppers, live-baits, microjigs, mechanical jigs, bibbed lures and even a Kabura in the rod holder on the drift…all are great ways to target these stunning green machines.

Apart from their usual hangouts around headlands, underwater pins, wharves and reefs – they are hard on the heels of the many anchovy schools, which also have kahawai and others working them over.

Bird activity on the surface is a sure give away to find anchovies as well as the sounder, white terns working inshore areas like Gardeners Gap Rangitoto and out to the anchored ships, around the Rakino and Noises area, or just out into the gulf around the 35m mark = anchovies!

Kahawai chasing them, and kingfish cruising around looking for any straggler kahawai or well presented lure or jig. The shallower you fish, the more intense the battles too.

Kahawai are such a thrill to catch as well, bag a few and share around as freshly smoked fish, you’ll earn a few Brownie-points that’s for sure!

Out in the majority of the gulf there are plenty of snapper to find, lots of pannies so just setting up a nice long drift in 40m is productive and will steadily fill the bin, this also gives you a great opportunity to try different lures and find out what the fish are really into at the time.

Try all sorts, especially tungsten microjigs and kaburas rather than bigger hard body lures at first – with all the anchovies out there, smaller offerings coming down through the water column is half expected by the fish right now – so go with the flow.

The inner areas are definitely worth targeting, and first thing in the morning has been productive this week, a strong current flow is on right now with outgoing tides this weekend and with some fine weather forecast a weekend of productive fishing is on the cards!

It pays not to be too blinkered about catching just snapper – so many other fish around to catch and enjoy like John Dory, gurnard, mackerel, trevally!

Enjoy your fishing wherever you choose to be.

For Wave Dancer Charters: Visit www.wavedancer.co.nz to make a booking