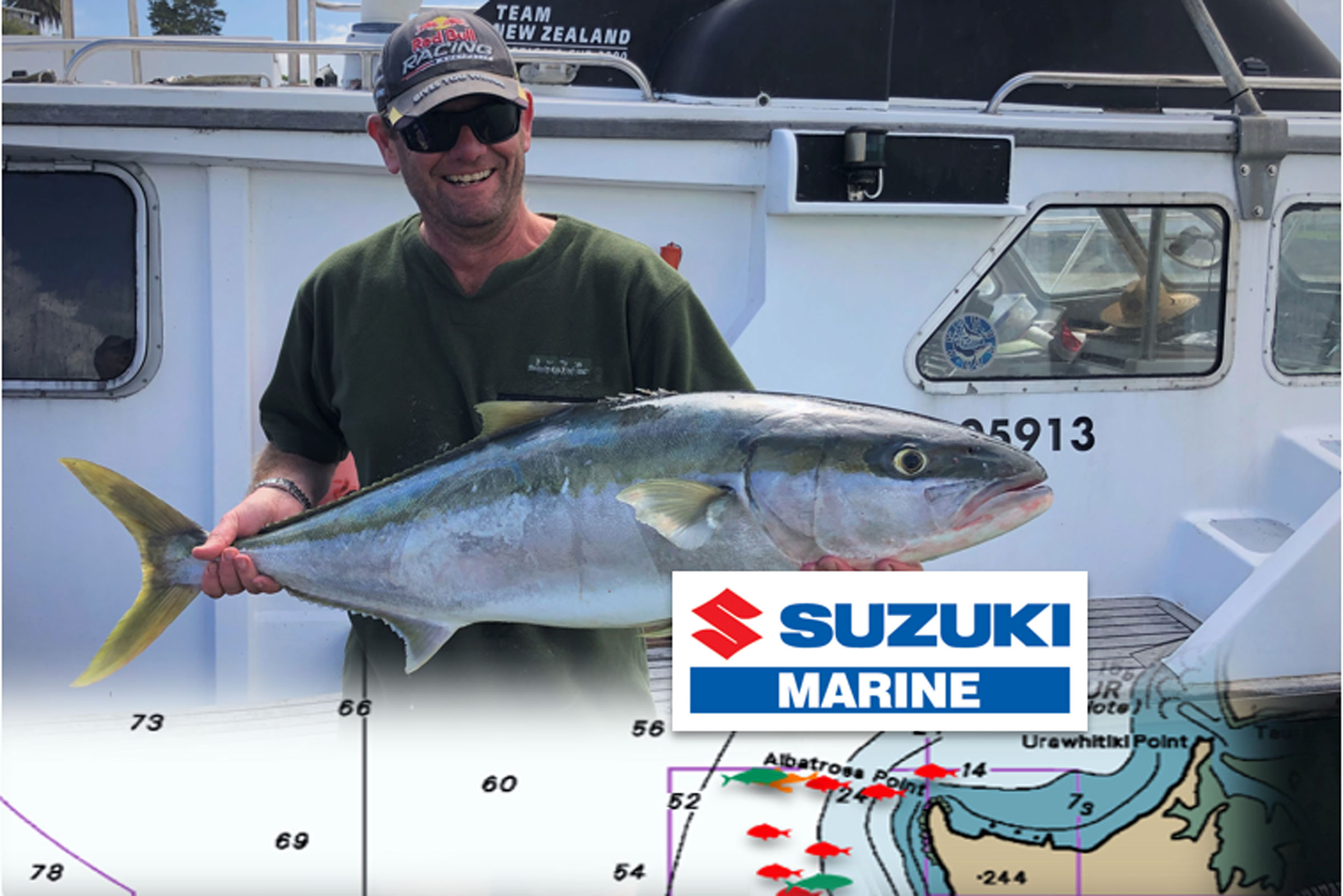 At the risk of sounding like a broken record, fishing is still really hot 95% of the time here still. Heading out to 40 metres off Aotea and the reef, has been delivering the goods consistently with some pretty solid fish up to 17lb. Out deeper is faring just as well with fish around 12-14lb and it’s easy to get a limit of 10 snapper per head rather quickly.

Due to a rahui placed on the area ( a person has been washed off the rocks) we had to find some new grounds and decided to try 57metres off Taharoa.

This was not disappointing, with some very hungry snapper hitting baits hard from the get go.

The best baits out there were fresh.  Good old coutta and strips of kahawai.

The kahawai are about in numbers so it’s easy to take what you need for the smoker.

Still a few kingfish in the hood also, and we are catching a couple each trip on the ledgers.

Not monsters, but eaters around 8-13 kg usually.

Mako sharks are still present at times taxing gear and fish. Spiney dogs are starting to show also. One unlucky anger catching eight of them while his mates may have caught only four between them! Nobody wants to be that guy!

Weather is a bit up and down but still some magic ones in the mix the weekend looks ok.