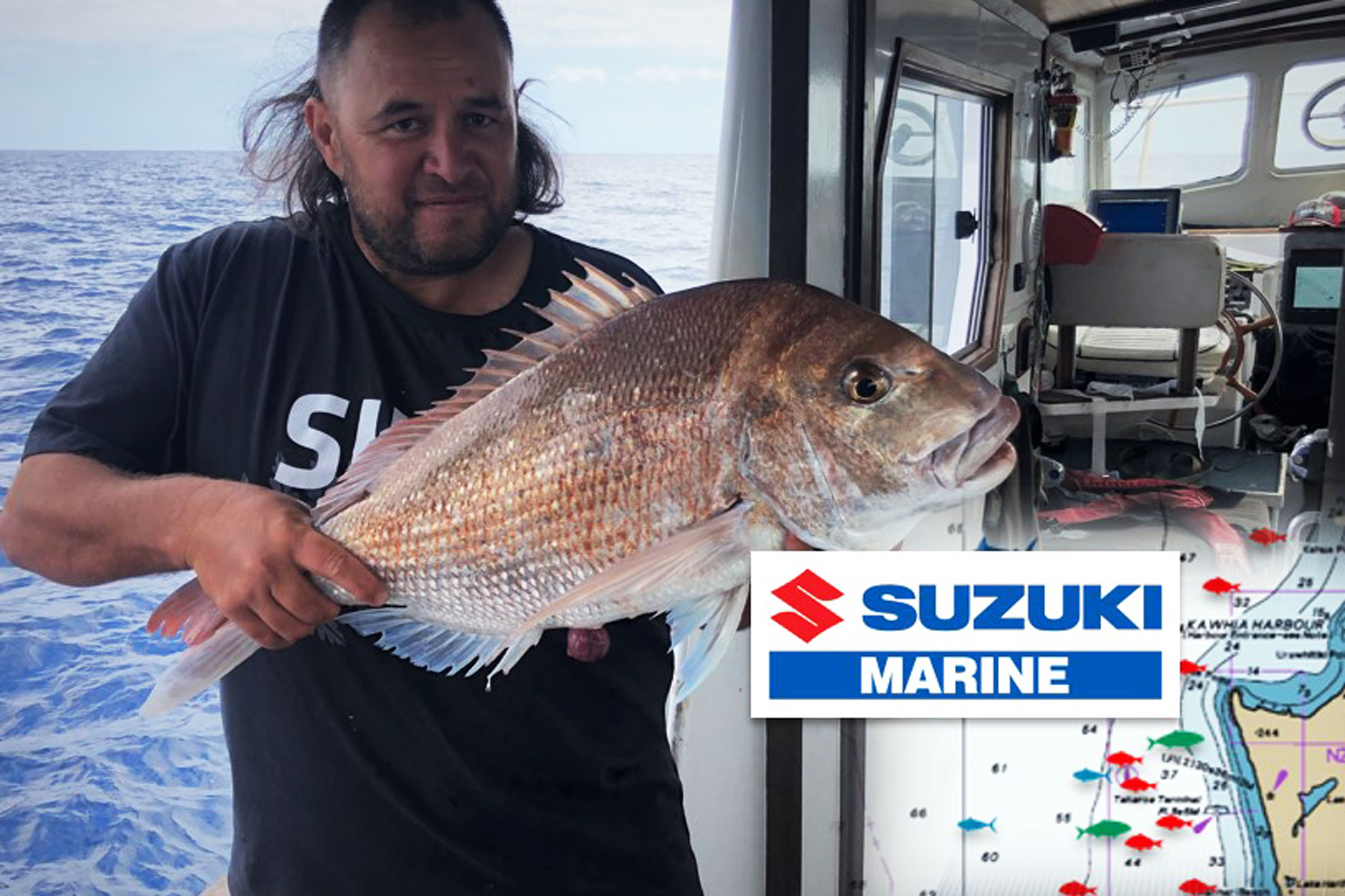 It’s pretty much the same old, same old really. Which by anyone’s standards, is pretty damn good! Limits almost every day currently. Yes, we do have the odd slower day, but they are few and far between. Lately we have been fishing off Taharoa in the mid 50 metre zone.

The 55-58 mark is the place to be, with fresh bait performing the best.

Nice juicy jack macs and kahawai seem to be going well, but the ever trusty squid and bonito are also good in the mix.

Kingfish are still on the roam, and some days we are having a really good run on gurnard.

Sharks are not getting a mention, but kahawai can be a pain on some days, however they are often the sign of snapper to come.

Still lots of bird action out in the 60 metres plus, and I’m sure there are still marlin roaming around this food source, even though we have not been targeting them of late.

The blue water has shifted out a bit past 50 metres.  But, down the coast to Marakopa blue water can still be found in as shallow as 40 metres.

There is a lack of tuna at present.  We are not sure why, but we’re seeing very few albacore and no skippys as we would normally expect to at this time of the year.

Weather is not looking too bad over the weekend, and for the following week if you are keen to get out.

We do have spots available next Tuesday if you want to treat yourself to a fishing fix.