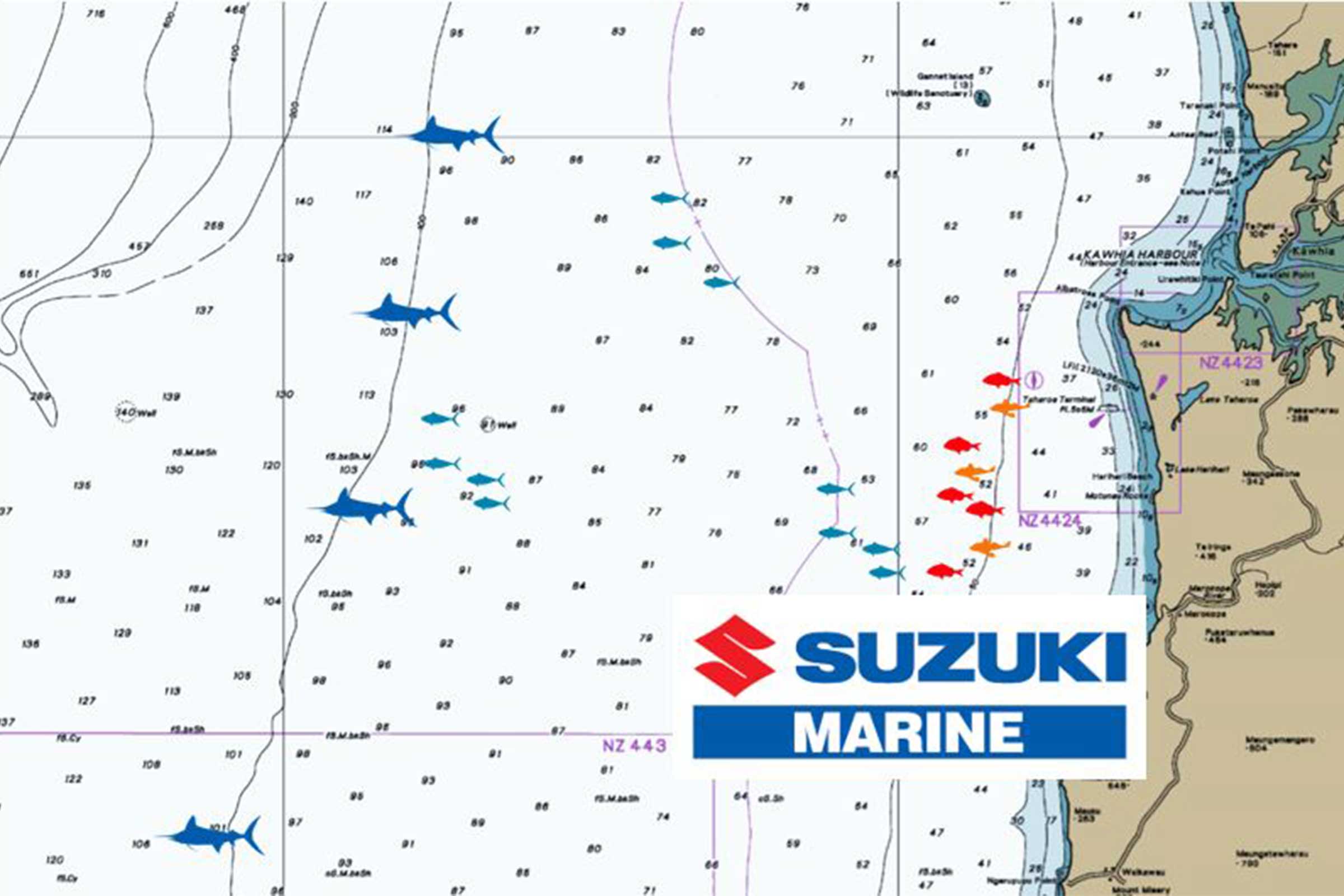 Fishing seems to have turned a corner as it has been getting better over the last ten days. We were struggling a bit sometimes, and then boom! in the last five trips we’ve had limit bags and these include some really good fish. I’m not talking great big donkeys, just really nice, solid snapper up to 10 lb which are ideal to give you a good solid fillet without getting too course.

It’s not only snapper out there though, there’s a bit of gurnard and goodold kahawai on the side also.

Spiny dogs are also still present but not in big numbers, so you have totake a few of these guys to go with the good stuff.

On our last few trips, the snaps have been eating anything you put in frontof them.

Interesting to note quite a few still have row in them, testament to the upand down temp conditions this year playing a bit of havoc with the internalclocks of our fish population.

Where’s the fish? Well it has been fishing well south of Kawhia off Harihari,or Marakopa in the 50-60 meter zones.

I appreciate it’s bit of a trek down that way, but sometimes you have to dothe miles to get the smiles.

It’s likely over the next week or so, they will be coming in closer as wehave some mint conditions at present.

It’s very nice to have less than a meter swell and no wind for once, andthis is supposed to last well into next week.

If you are heading out to tow some plastic, all the action is in the 100metre area from all reports.

Rob FitzGerald is owner and skipper of Venturer Fishing Charters, operating out of Kawhia.