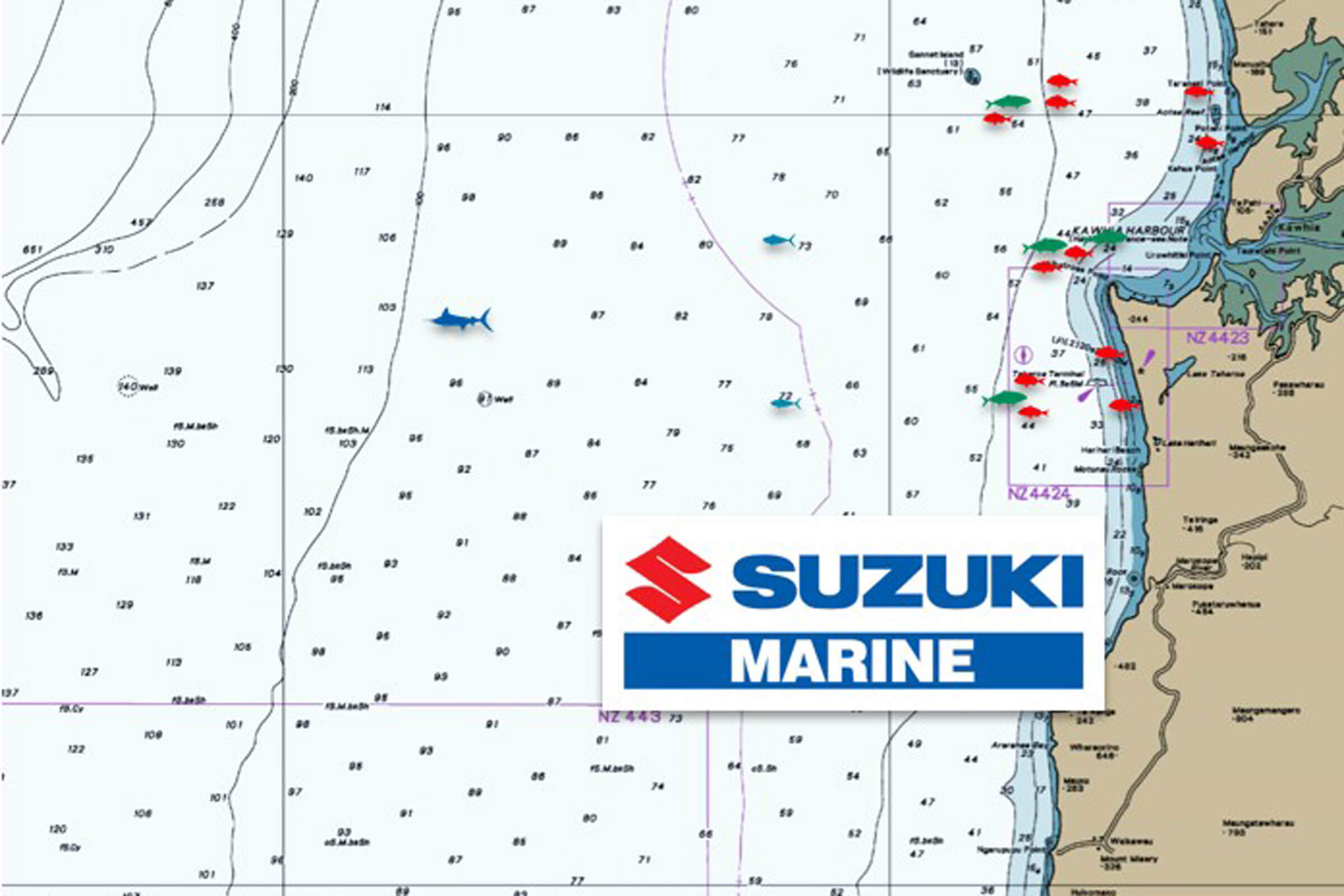 Well the weather has thrown a wobbly over the last few weeks, and opportunities to get out of Raglan and Kawhia have been very limited. This sort of weather is not what we usually expect to see in December, and is supposed to have passed a few weeks ago traditionally. However, that is one thing that is always out of our control and hopefully we will get a good run soon.

The rugged west coast is a pretty well protected fishery when it comes to the elements, so perhaps that’s why it’s so damn great when we do get out to experience it in full swing.

When we are able to make the most of it, the fishing has still been really good, with great snapper and gurnard fishing being guaranteed.

Now the kingfish are starting to get really commonplace, and we are also commonly being invaded by kahawai, in plague proportions at times, but it’s just a matter of persevering as the snapper are under them.

There are a couple of ways of getting past kahawai, you can try and put heavy sinkers on to belt past them, which works some times.  Other times try using kabura style lures in big 150 gram weights tight to the bottom.

The gurnard have been outstanding in size and often hitting the rigs two at a time.

Mako sharks are making their presence known now.  Just little ones so far, but man are they quick.

Fishing should continue to be great for the rest of the month, and keeping to that 50-60 metre zone is the best bet currently.

Later in the month we like to start exploring a little shallower, around  30-40 metres, which should start to fire as the snapper move in over peak spawning season.

So, what’s the plan?  For starters hang in there for the weather windows and get all your gear in order as the next week is not looking great, but that may change and the fishing is likely to be epic once it does.