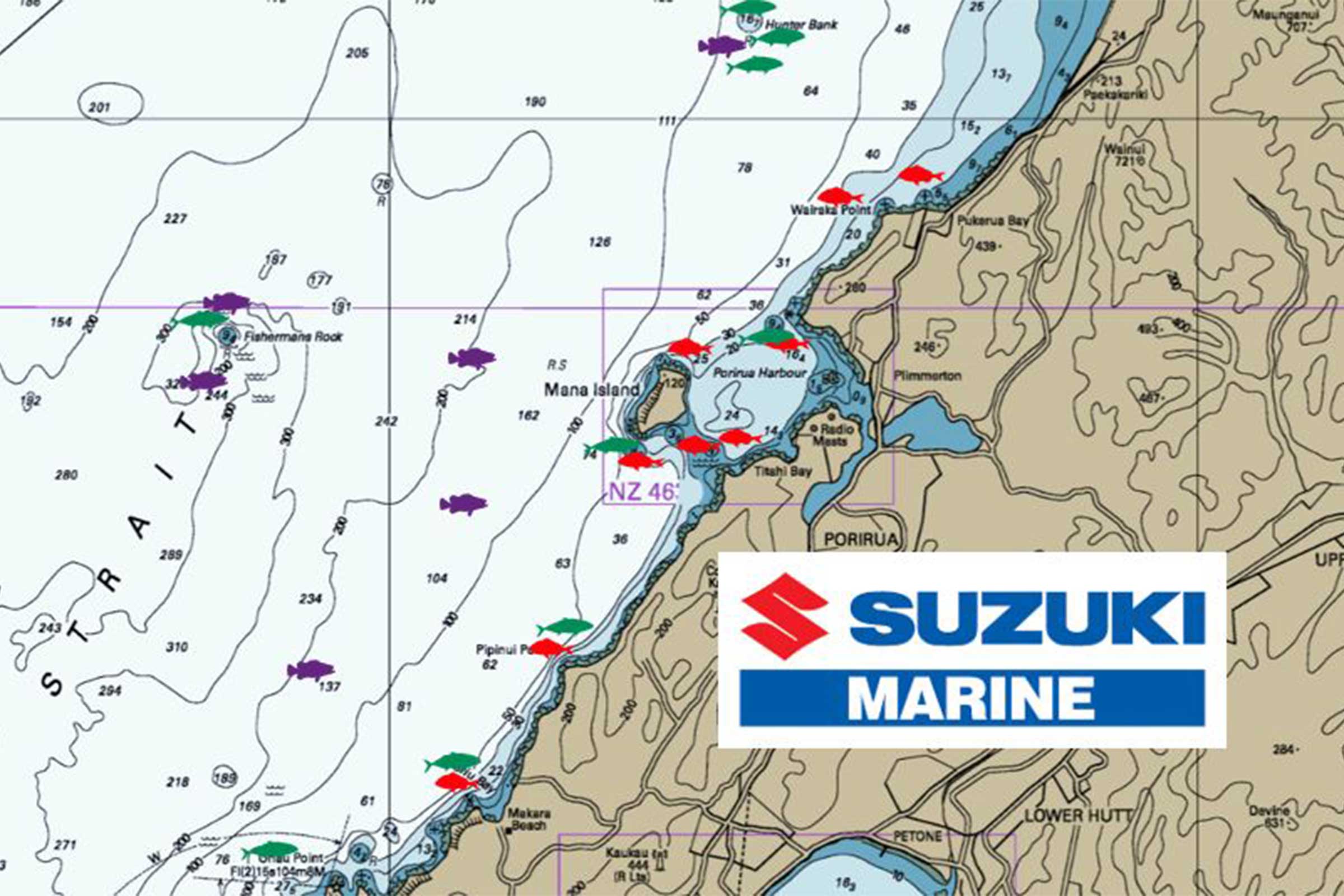 Fishing is just one of those things that goes up and down, some with factors we know about like full moon, temperatures and tidal run, and some factors that will forever remain a mystery affecting the way our favourite target species behave. Spots that fish hot one day are almost dead the next at the moment, but luckily there are a few areas that are more consistent and that is where it pays to start. We can never expect every day to be grouse for fishing but that’s why we love it. With a line in the water anything is possible, and just like gamblers we all roll the dice waiting for the good times to roll our way.

What we do know is that a big run of southerly weather generally has an adverse effect on the Wellington fishery, delivering swells and rough conditions to the strait, and the south coast, whilst dropping water temps and subsequently also cooling the bite.

We’ve certainly had the southerlies, and that has put the focus of most fishermen to the west coast, which has continued to produce some nice fish albeit in patches.

Anniversary weekend last week just about cleaned out all our bait stock, so there were a lot of fishos out there doing it, even though we found the fishing a bit on the hard side.

We found some good terakihi and puka fishing off Boom Rock and Makara, but our usual favourite spots around Pukerua Bay and Mana have proven to be patchy at best, especially for snapper.

A north west forecast for the next week will be very welcome, as it should bring the warmer sea temps back to these areas and really fire up the bite, so expect some great fishing in the next couple of weeks.

Snapper fishing further north up the Kapiti Coast has been pretty solid, and there are good fish right in to 5 metres, so this should only get better with warmer water.

This will also apply to the east coast of Wellingtons outer fishing limits, where albacore tuna are there to be caught out from Tora, as well as a few sightings of broadbill.

The south coast is doing it pretty tough after the recent weather, and we don’t really have a lot to report from that way given the lack of traffic, but there are certainly good fish there, including some bluenose up to 20kgs that have been boated by those who have the wherewithal to get out there.

Over the next week I’d be focused on the west coast and targeting puka, kingies and terakihi.

Kingy fishing has been great, both from boat and from shore.  The slide baiters are getting some fantastic catches with fish around 20 kgs plus off Eastbourne.  Grab your livies off the local wharves first, and head to the coast with your aerated baitfish ready for action.  Here’s a little bit of info on this method in action from our Aussie mates ….https://www.nzfishingworld.co.nz/posts/slide-baiting

If you are looking for kingies from a boat, Hunter’s is just a never ending kingy factory at present, so head out there with jigs and live baits and in 30 – 50 metres off the main pinnacles you should be good.

Surf casting off Ocean Beach and Lake Ferry is improving with snapper starting to be picked up here on a consistent basis.  With the northwest arriving there’s no better time to get off here or, in fact, anywhere along the Palliser Bay coast.