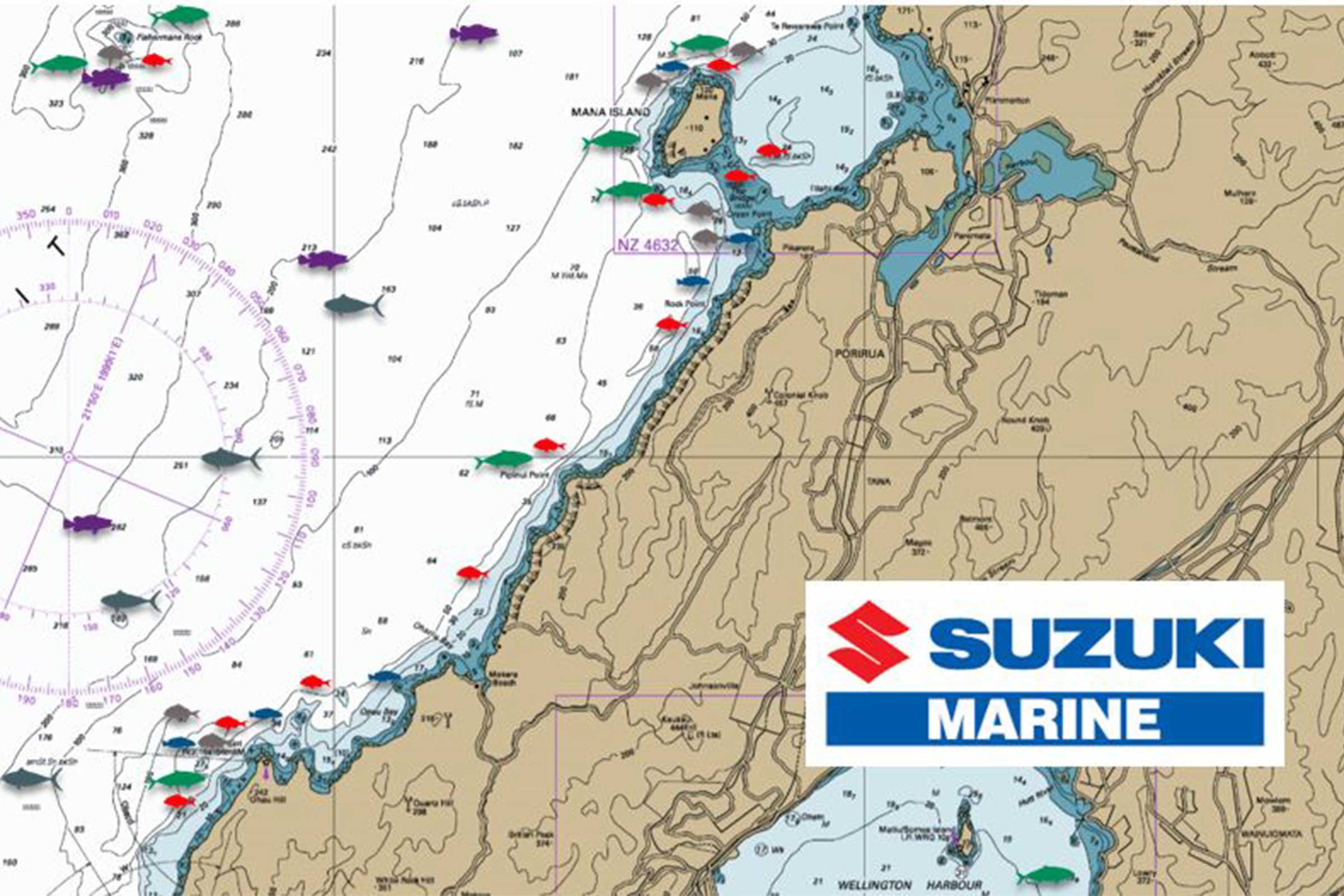 Weather What a windy period we are just coming out of. It’s looking light-ish wind from this Wednesday to Friday so get ready for a few good days out on the water. With northerlies on Saturday and southerlies on Sunday on the forecast, there will be plenty of opportunities to wet a line off the shore and then boat. This time of the year anything can happen.

1. Albacore should be around the 100mtr + marks out west and south. Hapuku spots often have albacore around them at this time of the year so it’s worth having some tuna lures in your kit.

2. Puka, bass and bluenose - the Trench is fishing alright when you can get out. Particularly in bluenose. Good numbers of small to medium fish south of Baring head with bigger ones on the far side spots.

The Woba has bass on it and the gem fish and tope have been common by catch at most spots.

Puka fishing out west is good.

Most spots are producing good fish at present on the turn of tide. We have been fishing Makara - Ohau with good results lately and it’s been quick to come in for snapper and tarakihi which are around in good numbers.

3. Snapper - they are pretty much widespread up and down the west coast now. limit bags and 20lbers should be reported soon I’m picking. Fishing on the sand or reef (25 -70mtrs) will produce fish with the help of Berley or slowing drifting over hotspots.

On the south coast the airport reef and east of Sinclair Head (35-45mtrs) have been producing nice snapper and good numbers occasionally.

Surfcaster’s in Palliser bay, the harbour and out west have all had good results of snapper with 3-4 fish around 7-8kg caught last weekend off the shore.

4. Tarakihi and other species - out west it’s been boom rock (50-70mtr) makara (25mtr), verns (70mtr) and south of the bridge (40mtr) which have been good mutilple species - JDs, trevs, warehou, bluecod and gurnard.

5. Kingfish - it’s going well in the harbour for land based anglers. Lures, live and dead baits have all been producing fish up to 20kg over the last week. Live mackerel and slidebaiting have been the best method and all These places have produced good fish up to around 20kgs recently - oriental bay, sunshine bay, Greta Point, Flat Rock.

In the boat places like Hunter’s, north end of Kapiti, Aeroplane Island, Fishermans, Wiraka Rise, Ohau and Boom Rock, plus Ward Island, the Wreck, Point Halswell, Journingham and Barrera Reef could all produce numbers of kingfish at this time of the year.

If you want to catch a kingi, use your heaviest tackle with a good drag and put a live or or two out.

Good luck if your fishing the charity fishing comp at Petone this weekend. Shore and boat sections and over 50k worth of prizes up for grabs.

Fishing Charters - we have a bit of room Thursday / Friday if anyone’s keen on a 4 or 6hr trip and possibly Saturday night as well.  Otherwise just give us a call and we can let you know what other opportunities are available further down the line.