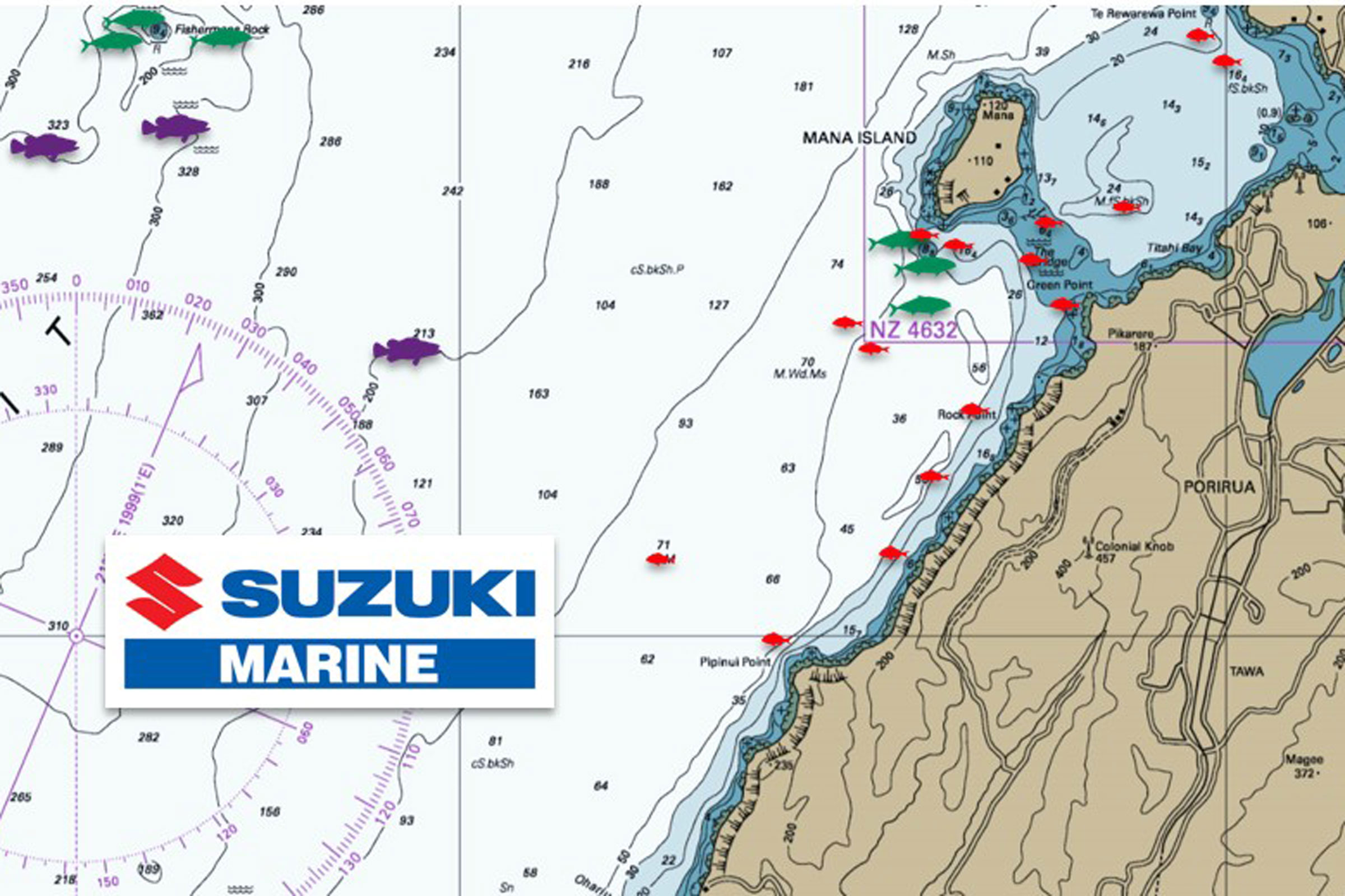 We are still in full-on snapper mode, and when it’s fishable, there are tons of good fish and they appear to be all in close, with surf casters and boaties all withing reach of picking up a good feed. It’s not every trip that comes up trumps, but when the conditions calm down and the bite times are on, there are a lot of good fish being landed.

The last couple of weeks have been pretty rubbish on the weekends for fishing, and we always see that in the traffic and general quietness through the shop.

It’s pretty standard for this time of year and certainly for Wellington, but the good news is really that there is plenty of great fishing once you can actually get out there.

Surf casters are scoring pretty well around Paekakariki and Roumati still, and everywhere from in the harbour, to right up both coasts seem to be providing good catches of our perhaps most favourite fish, and it’s not limited to snapper by any means.

Kingies are still very much on the programme, and we’ve had some really excellent kingfish action right in close off the south end of Mana recently.

They are hanging around in water as shallow as fifteen metres, and we have been scoring nice fish on livies and whole baits.  It’s a bit shallow to jig but you might want to have a go at stick baiting if they are around in numbers.

In that depth, a livie out under a float on a nice two metre trace should be hard to beat though.

South end of Mana often gets overlooked, but it holds good fish and sometimes it’s one of your only options when the weather conditions are being unkind.

There are still some good puka around out deep, and in the last few days a couple of mates scored some nice sized fish out around Fisherman’s.

Tuna have been a bit quiet, but are still definitely there.  The recent tuna tournament out at Kapiti had one good day, and one not so good, but saw plenty of fish caught, and some of which weighed in.  Heaviest fish of the day was actually a slender tuna just over 10 kilos.

There’s been some good moki fishing hanging in there after a bumper run earlier in the year, with a 6 kg specimen from the harbour a few days ago.

It’s basically all systems go whenever the conditions allow.

Although snapper and kingies are going pretty well, this year we have really noticed that the consistency of a few other staple species has not really been there.

Tarakihi, widely publicised to be in a bit of a decline, have definitely been harder to find on a regular basis, and even the old cod fishing has not been as reliable as in past years.

It’s a shame as we really do depend on these fish for the table and with luck, they will come back on as they sometimes do.  They have been there some days, and just seem to be gone the next.

The south coast seems to still be fine, but it is often harder to get out there and fish, which could account for the numbers still being robust.  It’s always been a bit like that though, so hopefully things could pick up with time.

The other fish we have really found to be conspicuous in their absence, is the humble kahawai.

They have been in really short supply this season, which is not such a problem to boaties, but land based fisho’s often rely on a kahawai or two to make their trip worthwhile.

I’m not sure if these fish are valued highly by everyone, but we certainly want to see them in the ecosystem around here.

Anyhow, there looks like a few windows opening up this weekend and middle of next week, so get into it if you can.