How to fish the Rangitoto Channel 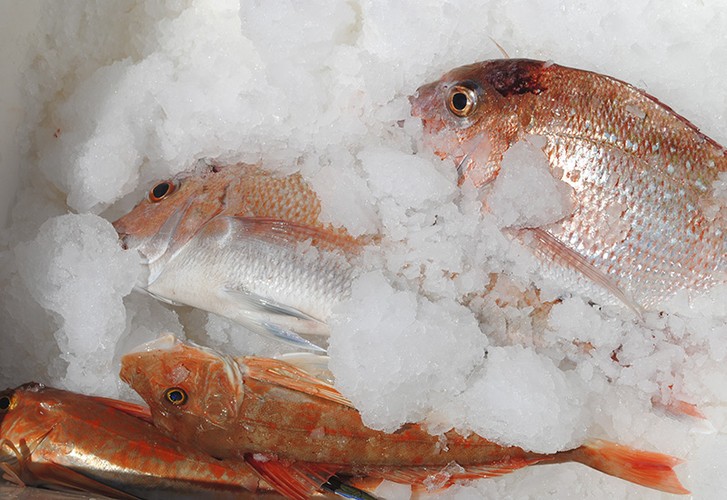 Despite being so close to so many people, the Rangitoto Channel still produces great fishing. It doesn’t always fish easily, you have to learn a few tricks to consistently score a feed.

The distance between the Rangitoto and Bean Rock lighthouses is just over three miles and the channel width is roughly one and a half miles, yet it would have to be the most fished stretch of water in New Zealand. Even so, I fished it for over fifty years and  the number of fish caught here each year still amazes me.

So what makes the Rangitoto Channel such a great spot to fish? Simply put it is the gateway to a vast area of muddy, sandy bottom, which holds worms, crabs and shellfish right up to the Riverhead pub.

The numerous small reef structures present and the rocky shoreline of Rangitoto are also the perfect habitats for the snapper that remain in the harbour over the winter months.

Generally, from the start of November, schools of snapper start to move in and graze their way up the channel. The majority then make their way up under the harbour bridge.

Every year subtle environmental changes occur and this is where local knowledge and time spent on the water over many years can play a big part in how many fish end up in the bin.

The one constant I have found over the years is in both November and December, the fishing is always best for the first two hours of the incoming tide and from then to February it's best during the middle of the tide.

From the end of April, the vast majority of snapper will exit the upper harbour and channel but a lot of fat lazy snapper (just like me) will remain over the winter months close in around the shoreline and reef structure.

Recently I installed a Furuno touch screen sounder-plotter with has the capability of accurately measuring the length of the fish that pass through the middle of the transducer beam. It is staggering to see the number and size of the fish I have been missing.

Ledger and running rigs both work when fishing the edge of the channels in the current, while straylining and soft baiting the ledges and edges of either side of the channels shorelines can be very effective.

Wind strength and tide direction plays a huge part in the way the boat will lie at anchor so extreme caution must always be exercised when the wind and tide are opposing each other and the tide is strong.

Nutrients being churned by the current in the channel provide a year round food source for schools of bait fish from Jack mackerel and piper to sprats and kahawai, all of which in the summer months are preyed on by kingfish.

Post spawning, when there are truck loads of smaller snapper ripping your baits to bits, fresh bait will not only hang on a lot longer but will always be the bait that catches the biggest fish. Jack mackerel either butterflied or filleted strip baits are awesome on channel snapper.

For the most part, the kingfish in the channels and inner harbour are rats to 10-kg but on more than one occasion I have been blown to the weeds or spooled by huge kingfish.

Few people seem to bother putting a live bait out under a balloon when snapper fishing, and fewer bother to toss poppers around the channel markers. There is potential here for those keen to try on heavier tackle.

The channel is textbook country for drifting through with soft baits, more so when the wind and current are moving in the same direction.

Check your tides as wind against current might dictate the best time to launch and fish particularly from small craft.

If conditions are favourable, drift with the current  casting out in front of you and fishing the soft bait along the bottom as long as possible.

Jig heads in 2/0 and 3/0 sizes from 1/4 to 1/2 oz are best with jerk shads or paddle tail patterns in 4 - 5 inch sizes.  Dragging the lure along the seafloor can produce some aggressive strikes and good sized fish.

Soft baits are a number 1 go-to if you are fishing from a kayak or inflatable and have the added element of stealth on your side.

The Rangitoto side of the channel is where snapper will first show up en mass before moving up and beyond the harbour bridge but from February to the end of April the western side will hold a lot of fish in the shallower water from Cheltenham Beach up past Takapuna.

Birds, and especially terns, are a signpost to the fish. Pay close attention to their behaviour. If they continue to circle the same area there will almost certainly be fish in the area.

The best way to find the fish in the Rangitoto Channel is to watch your depth sounder closely as you zig zag along looking for sign, then start to move into shallower water towards the shore line.

Very often you have to be anchored in exactly the right spot (ever wondered why the boat ten meters away is catching fish and you aren't?) so before dropping the anchor look at the way any other boats close by are laying at anchor and allow for current and wind direction.

Never anchor directly on top of the fish, always anchor ahead of them so your berley, ground bait and baits are being taken back with the current to where they are.

The channel can be a frustrating place to fish at times due to the current and often the fish will move around a lot, the option is to stay put to wait for the next school to go past or up anchor and find them again.

When the tide is strong, use ledger rigs or a running rig but with a long trace of around two metres as this will allow the bait to float around in the current more naturally; short traces often spin.

As soon as the current drops I find straylining to be more effective, especially when the snapper are soft on the bite. Straylining also gives you the ability to cast a long well back down the berley trail if the fish have started to move.

As a pre or post work fishing destination the Rangitoto Channel could well be the world's most productive so near a major city. Could there be a better way to start or finish a day?